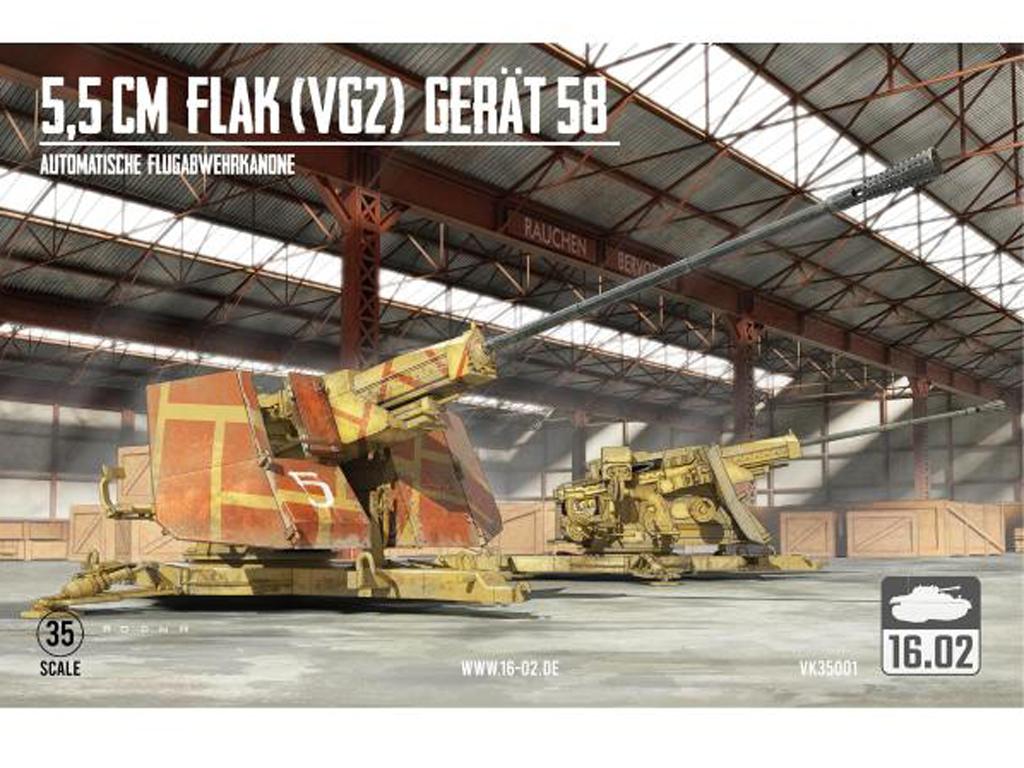 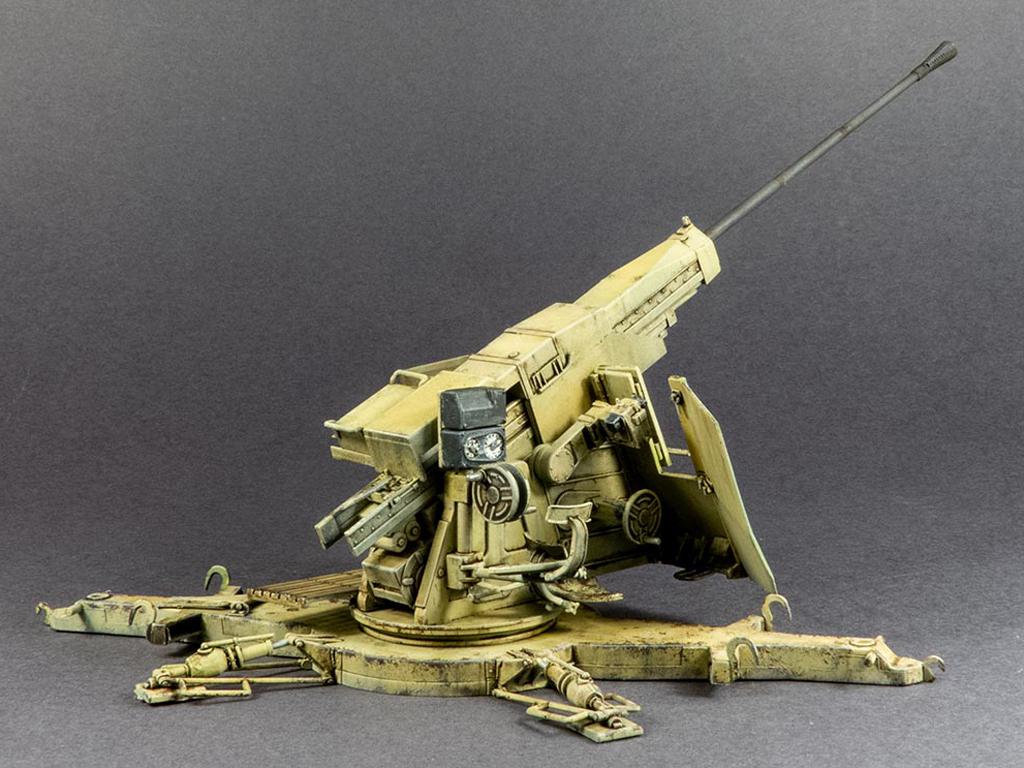 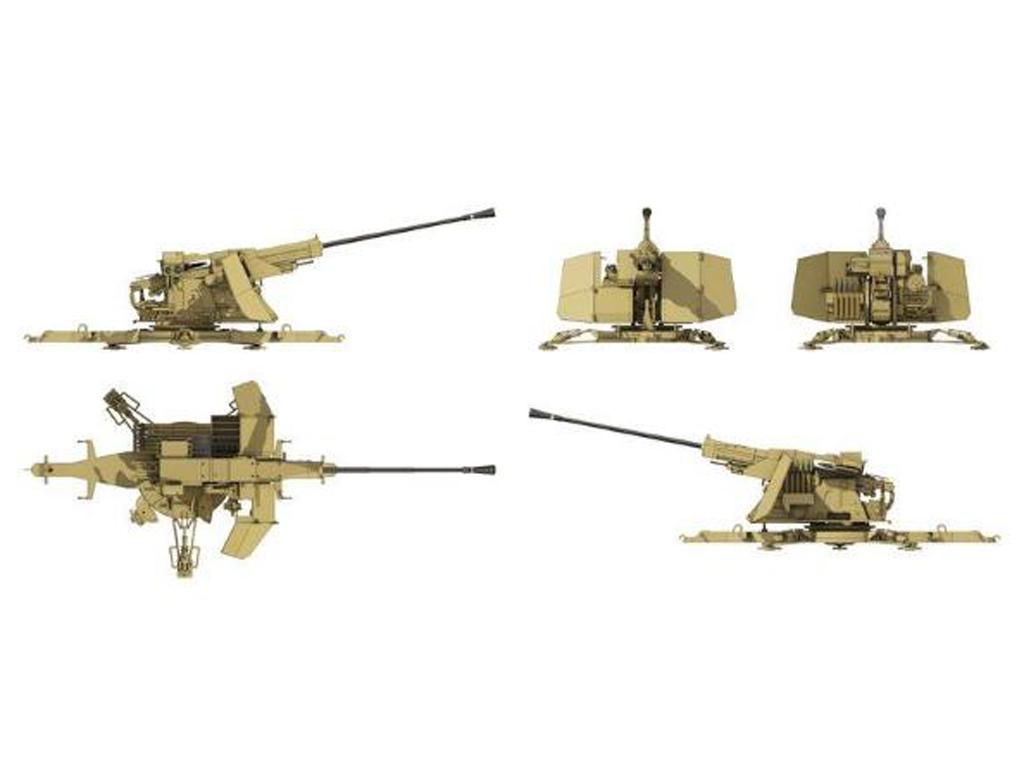 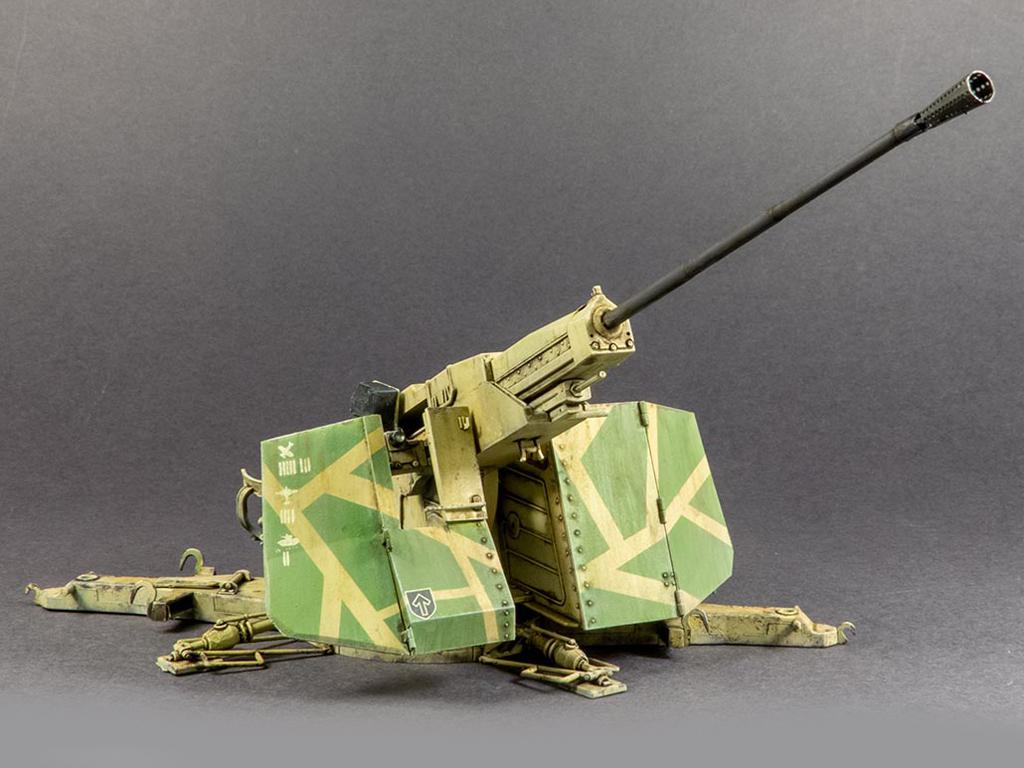 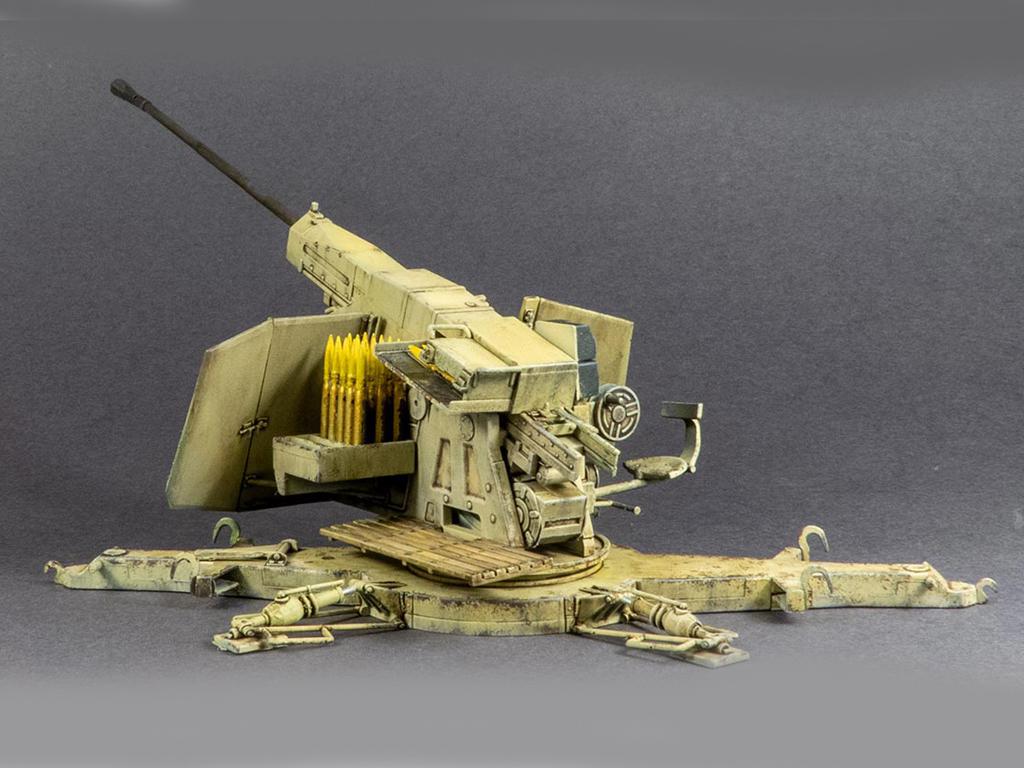 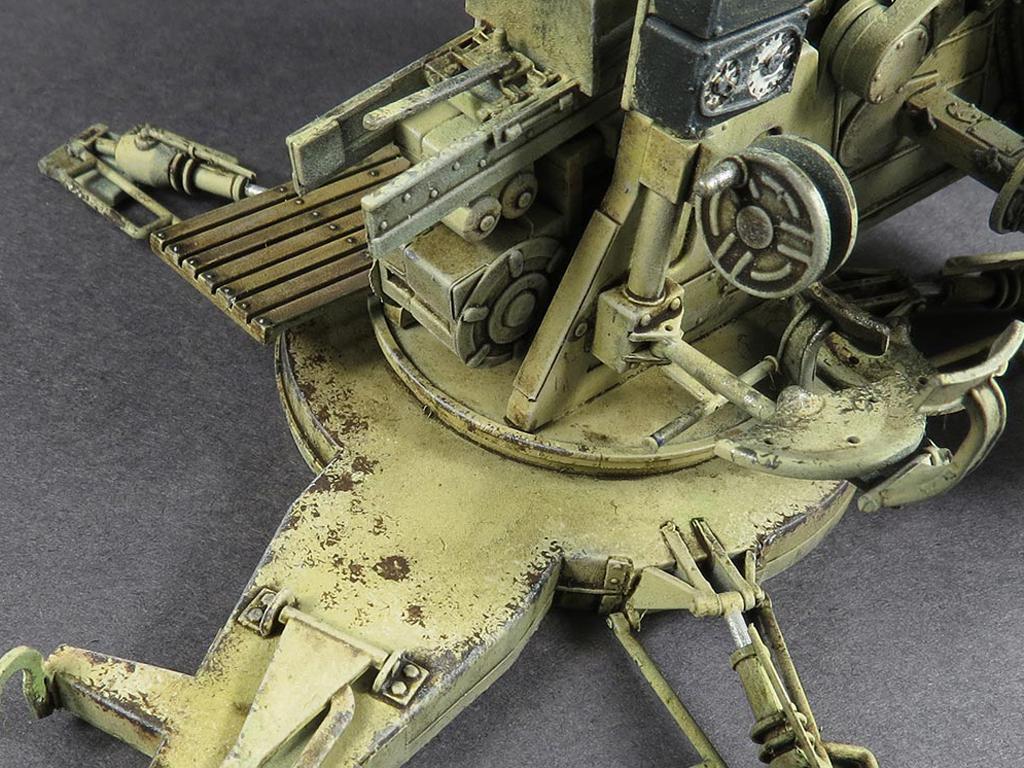 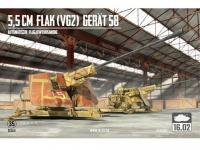 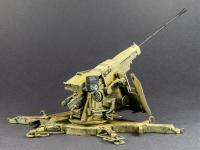 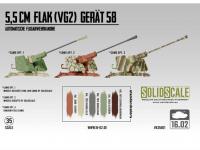 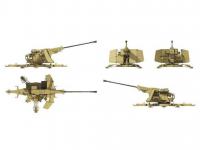 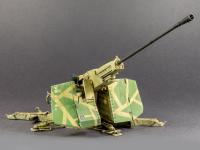 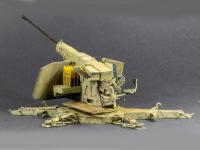 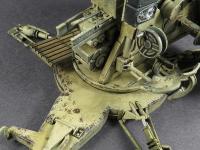 After production of the 5 cm Flak41 was discontinued after only 60 pieces in 1940/41, a performance gap between the obsolete 3.7 cm Flak and the next larger 8.8 cm Flak became apparent in the later course of the war.

In 1943 Rheinmetall developed an anti-aircraft gun with the camouflage designation "Device 58".

For this project, the experiences gained with the sheet metal stamping technique during the construction of the 37 mm Flak 43 were adopted and the result was a compact cannon that was characterised by a low firing height.

The modern construction of the trolley, which consisted of a rotating plate on the lower trolley, to which the wheel carriers of the special 204 trailer could be attached to two bars, allowed good pulling results and easy transport.

In the firing position, the mount was placed as in the case of other anti-aircraft guns, or it was stabilised by means of three small hydraulic supports when the weapon was in the driving position on the special trailer.

Despite the good results, the Wehrmacht leadership prohibited further development of this weapon in November 1943.

After the revisions, three test guns (two from Rheinmetall, one from Krupp) were still tested in mid 1944.

Qty.
Maquetas - AFV - 16.02 Custom Scale
Volver al listado
www.ecomodelismo.com use your own and third-party cookies to have the best browsing experience. If you keep browsing we understand that you accept our cookie policy.  Ver