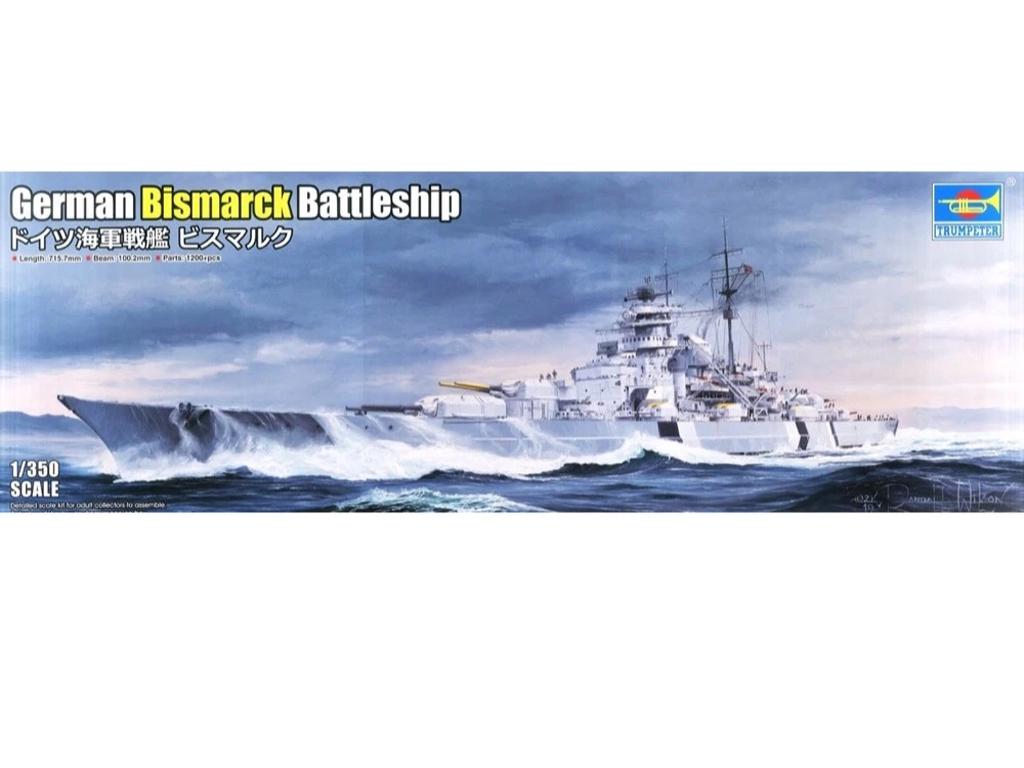 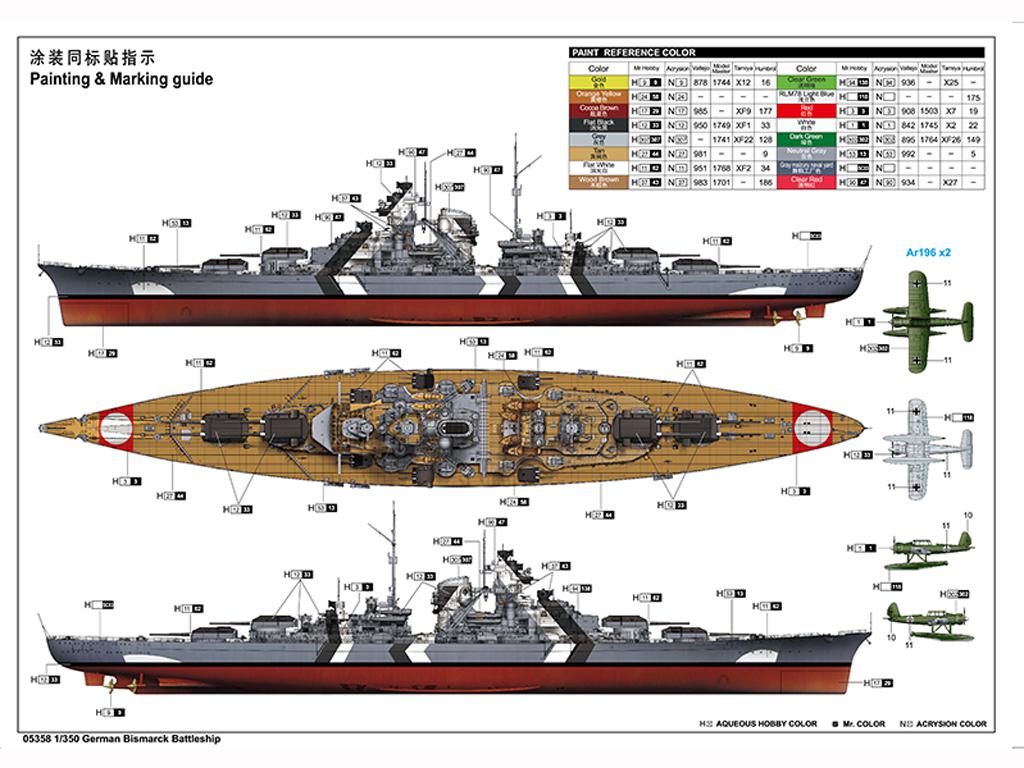 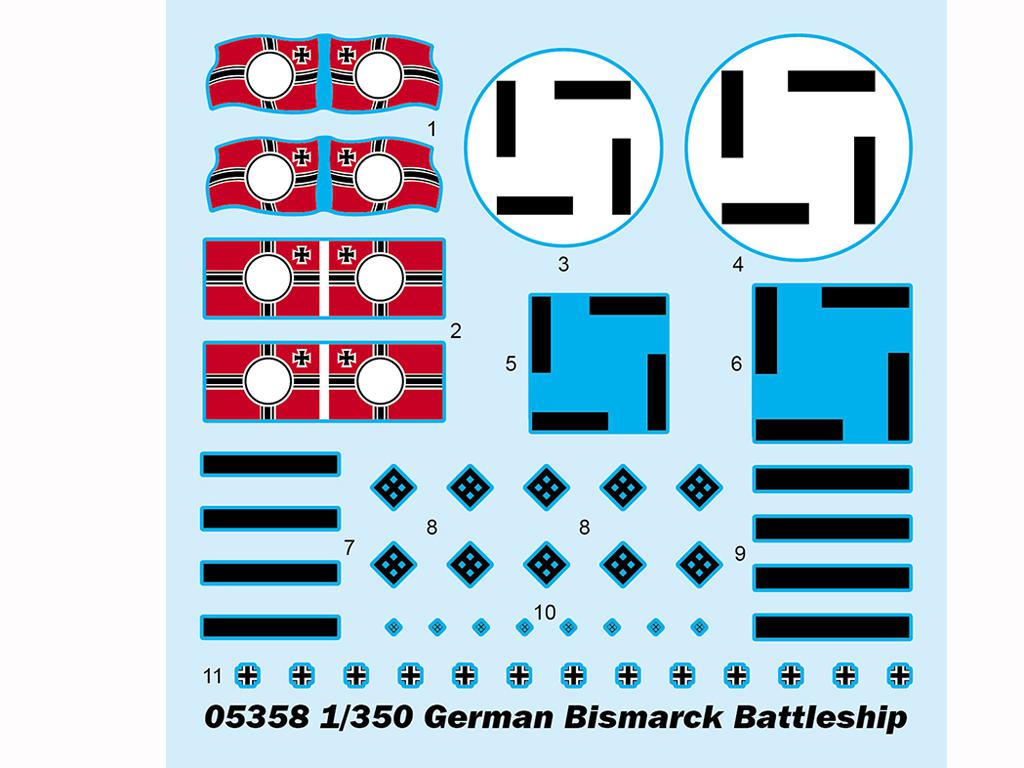 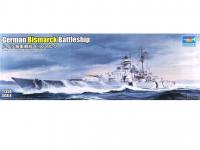 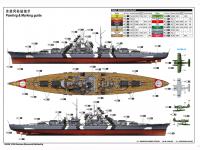 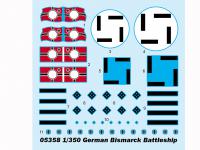 The ship commenced in 1936, in service in August 1940, full-load displacement of 50,000 tons, the largest battleship in the world at that time.

Bismarck was a symbol of Nazi Germany Navy ships armed, and well, perfect protection, known as "the unsinkable sea fortress", but it was sunk after the implementation of its first combat mission.

The ship in the Denmark Strait sea battle, the Bismarck in the war less than ten minutes after the sinking of HMS Hood Battlecruisers known as the British Royal Navy proud.

But by the Ark Royal aircraft carrier take-off of the Swordfish torpedo bombers launched torpedoes hit the Bismarck, the Bismarck's rudder jammed, unable to control the direction of the normal navigation. he next morning, Bismarck was finally surrounded by the British fleet in the continuous onslaught by nearly two hours after Bismarck finally sank in the Atlantic Ocean.

Qty.
Maquetas - Barcos - Trumpeter
Volver al listado
www.ecomodelismo.com use your own and third-party cookies to have the best browsing experience. If you keep browsing we understand that you accept our cookie policy.  Ver