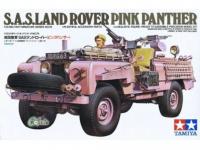 Model to assemble and paint of the Tamiya brand in plastic at 1/35 scale.

The Special Air Service Regiment is one of the most famous Units in the British Army, though it is one of the youngest, dating back to 1941. The short period since the SAS came into being is packed with action, first in W.W. II and since in many small "cold war" activities in which Britain has been involved. The SAS has a history of almost continuous combat action of one kind or another. By the nature of its activities since W.W. II, when for operational reasons its work has not been widely publicised, all sorts of legends have grown up - some of them false- about what it actually does. In essence, the function of the SAS has not changed greatly since it was established. It is a small, highly mobile, highly trained force able to carry out surveillance, reconnaissance or attack missions. The first use of the name "Special Air Sercive Regiment" goes back to 1940 when it was given to the first troops selected for parachute training. However the name of this Unit was soon changed to the Parachute Regiment, forming the backbone of Britain's airborne forces. It was in the Middle East that Lt. David Stirling, a Scots Guards Officer serving with No.8 Commando, had the idea of forming a small "airborne commando", which could strkie at the enemy from behind, attack supply dumps, airfields, and other important centres, cause the maximum damage and confusion and then melt away into the desert. The conception was that the small attack force would be dropped at night, well clear of the target area, strike, then make good their escape accross the desert. They would rendezvous with the Long Range Desert Group and make their way back. 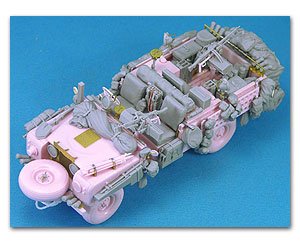