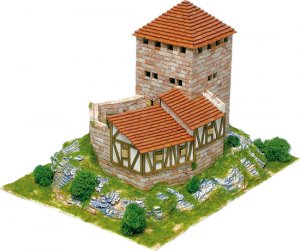 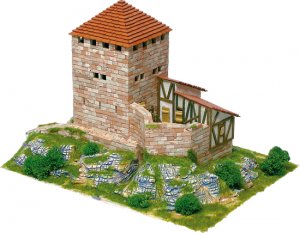 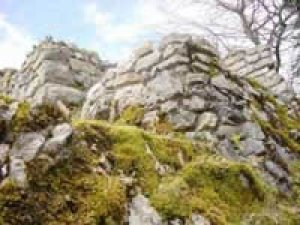 Burg Grenchen-Grenchen - Switzerland - C. X Characteristics Scale: 1/55 Approx. Nº of pieces: 2.300 Difficulty degree: 4/10 Sizes (Mm.): 330 x 250 x 235 History Grenchen is a town in northeast Switzerland, about 45 km north of Berne, in the Province of Solothurn. The foundation of Burg Grenchen takes us back to around 1000, when the wall and the castle, still wooden, were built as part of a chain of castles along the Jura range. In the 12th century some free aristocrats became the owners of the castle. It was during this period that the castle underwent important changes: the stone construction, the change in size of the tower (larger) for living in the castle, the construction of the ovens,... The death of Bertha II of Grenchen in 1225 left the castle and the control of Grenchen in the hands of the Strassbergers. In this way, on dividing up the inheritance the castle came to form part of the town known today as Bettlach. The castle was inhabited until the early 14th century. Deterioration and the need for a prison meant that in 1583 the castle became a jail. In the 20th century, Germann Leimer found a treasure of 14th-century coins in the castle, which resulted in an archaeological dig, the findings of which can be seen in the Grenchen museum, where there is also a model of the Burg. The inhabitants of Grenchen try to highlight the way to the famous ruin, keep it in good condition and restore the remaining walls of this small Swiss construction.