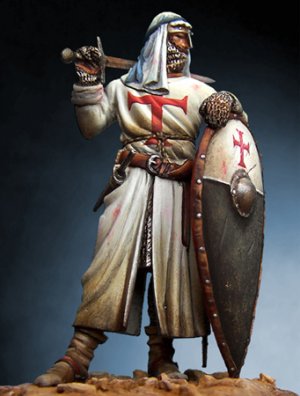 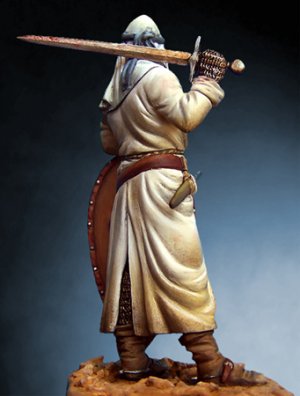 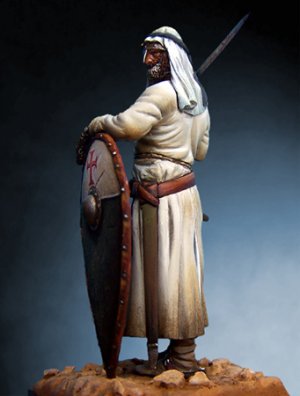 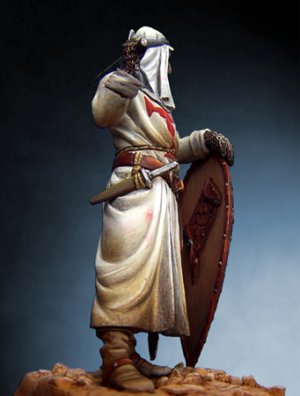 Holy Land Templar Knight with turban, XIII Century The conquest of the Holy Sepulchre during the first crusade was followed by the foundation of the Latin kingdom of Jerusalem whose first king was Geoffrey of Buglione, conqueror of the Holy Sepulchre. The overseas territories were then organized by the Christian Knights, generally called Franks by the Muslims and the Byzantines, according to the feudal system already in use in Western European Countries. The templar knights of the 13th Century wore the traditional dress of the Order, a plain white tunic distinguished by a red cross. The Order did not allow the knights to display any personal heraldic coats of arms on clothes or shields and recommended the brother knights to observe the monastic rigour of the Order refusing to wear any coloured belts, or buckles made out of precious metals. The templar knight’s appearance was as simple as possible and his outward appearance was the mirror of his soul as his entire life was dedicated to the army of Christ. Our figurine (with a turban) has not got a specific code of painting and the modeller can decide the best option: Templar knight , Crusader in the Holy Land , Noble Knight of European culture, a common figure in the West in the Middle Ages.