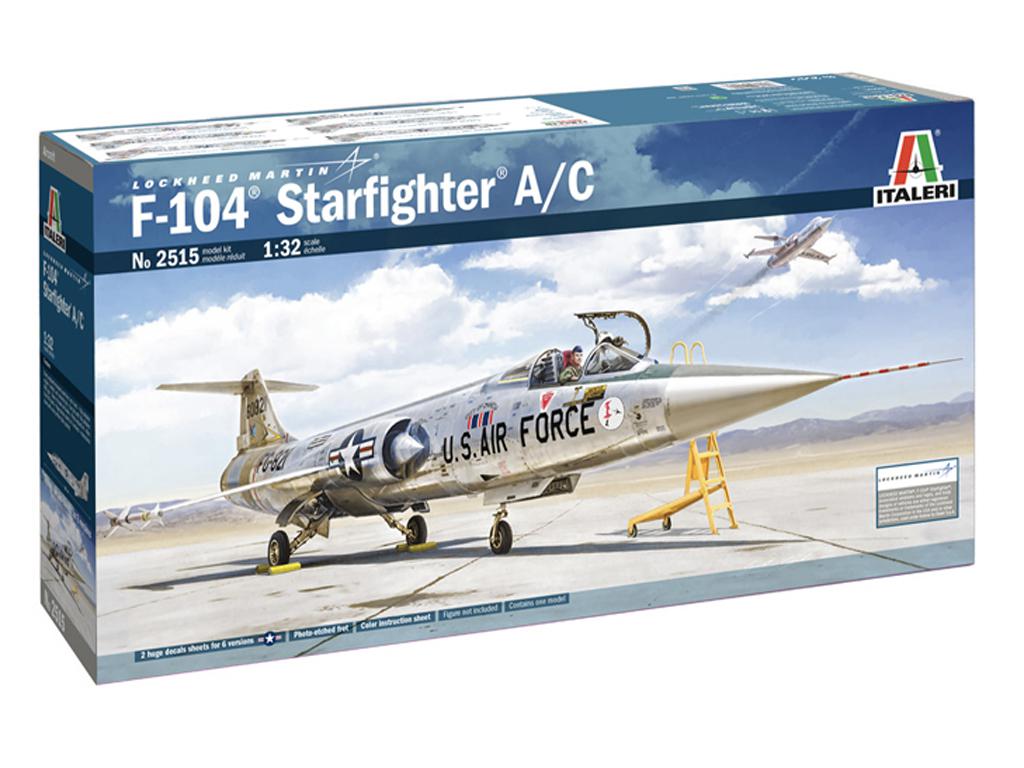 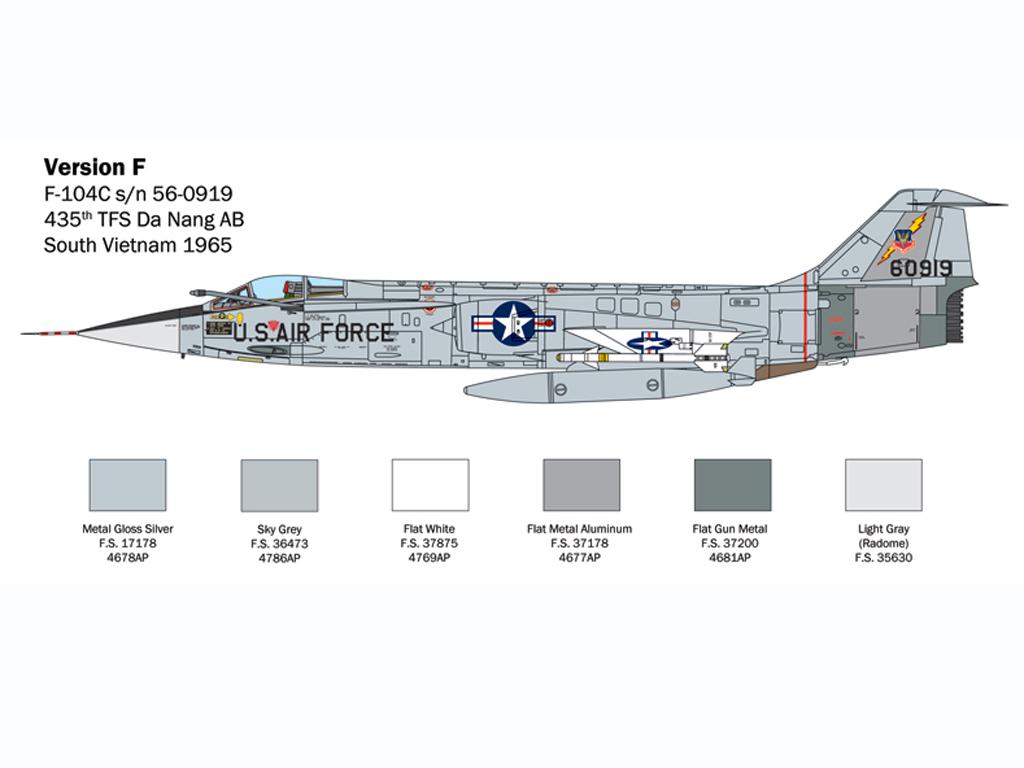 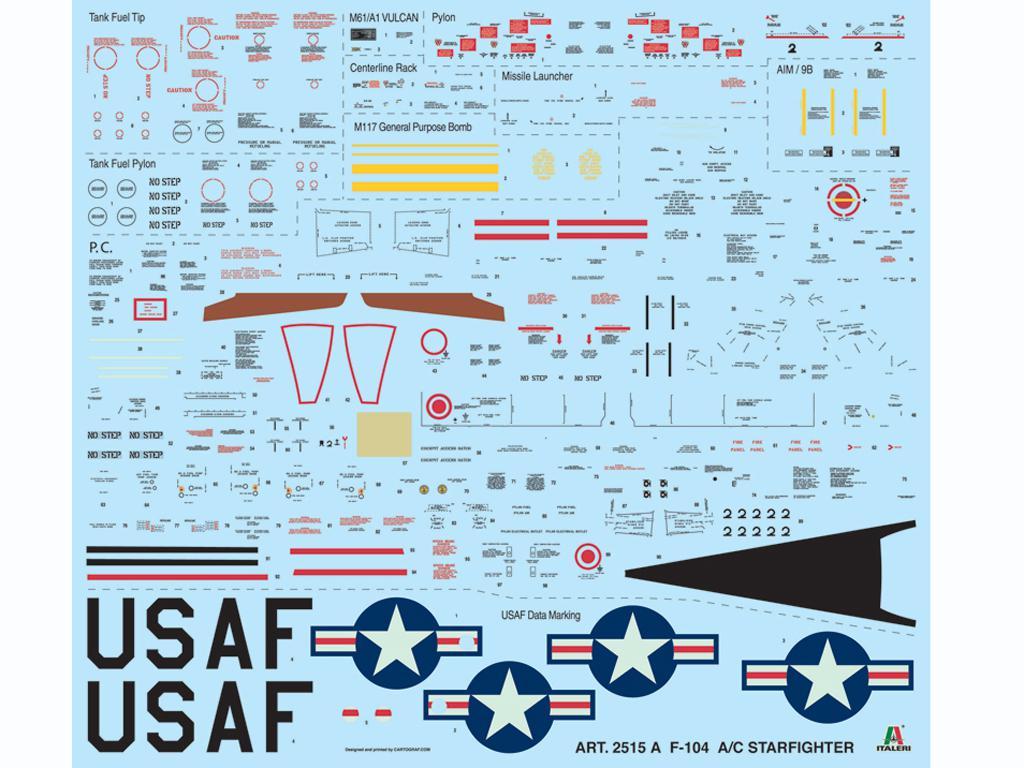 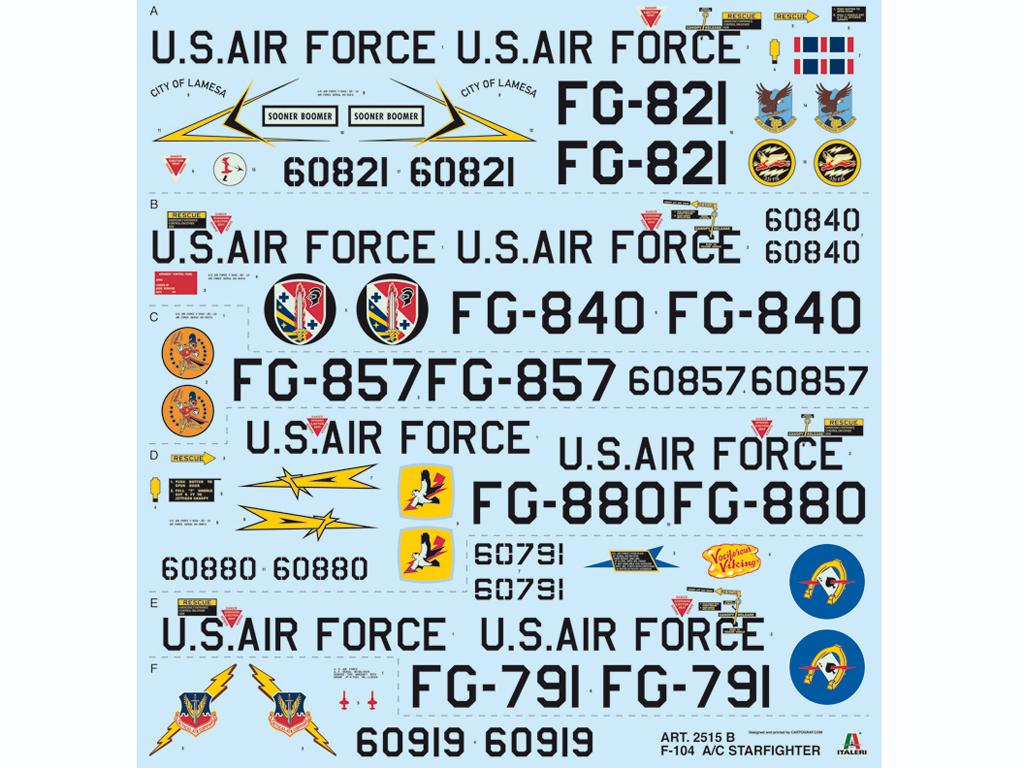 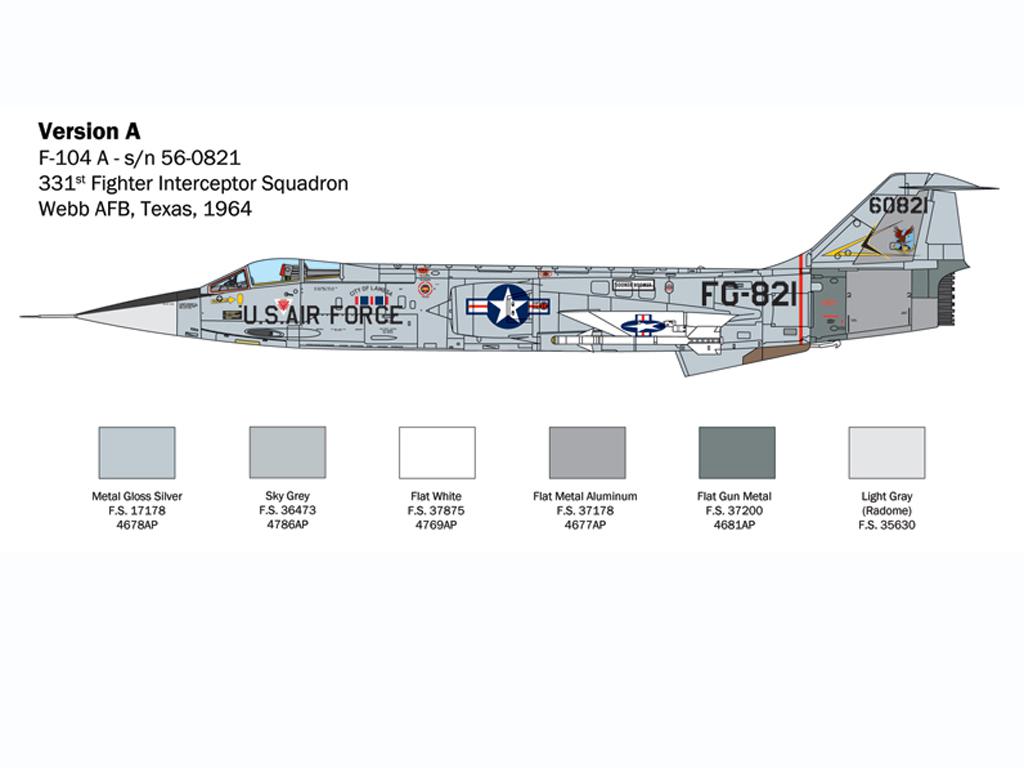 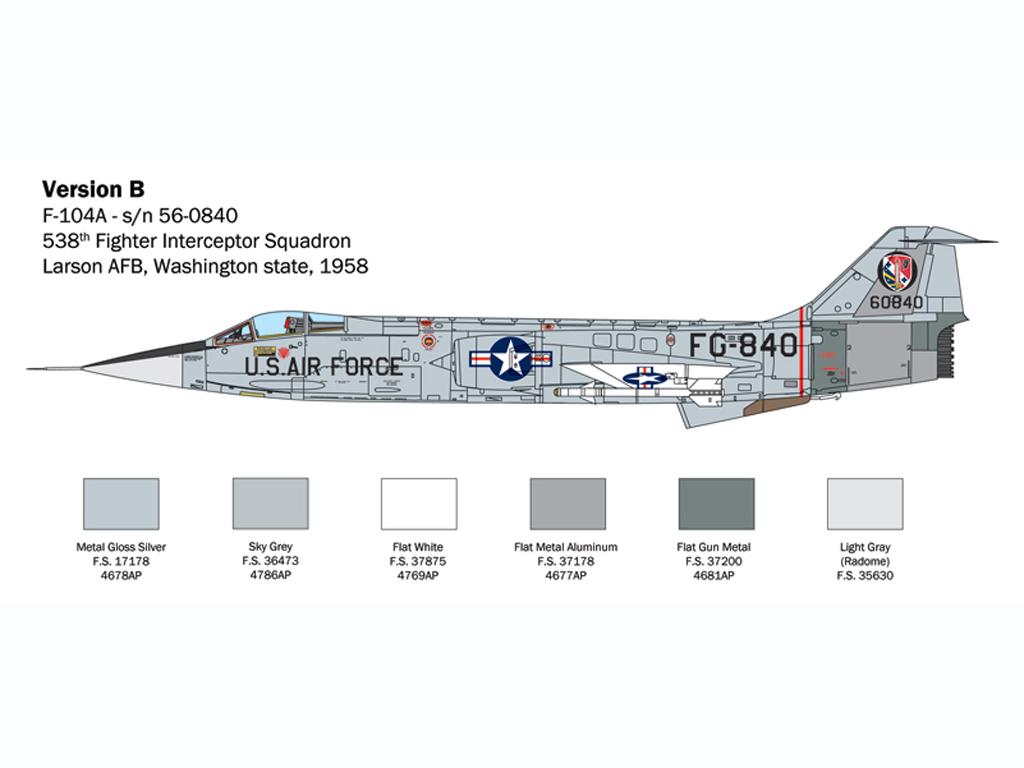 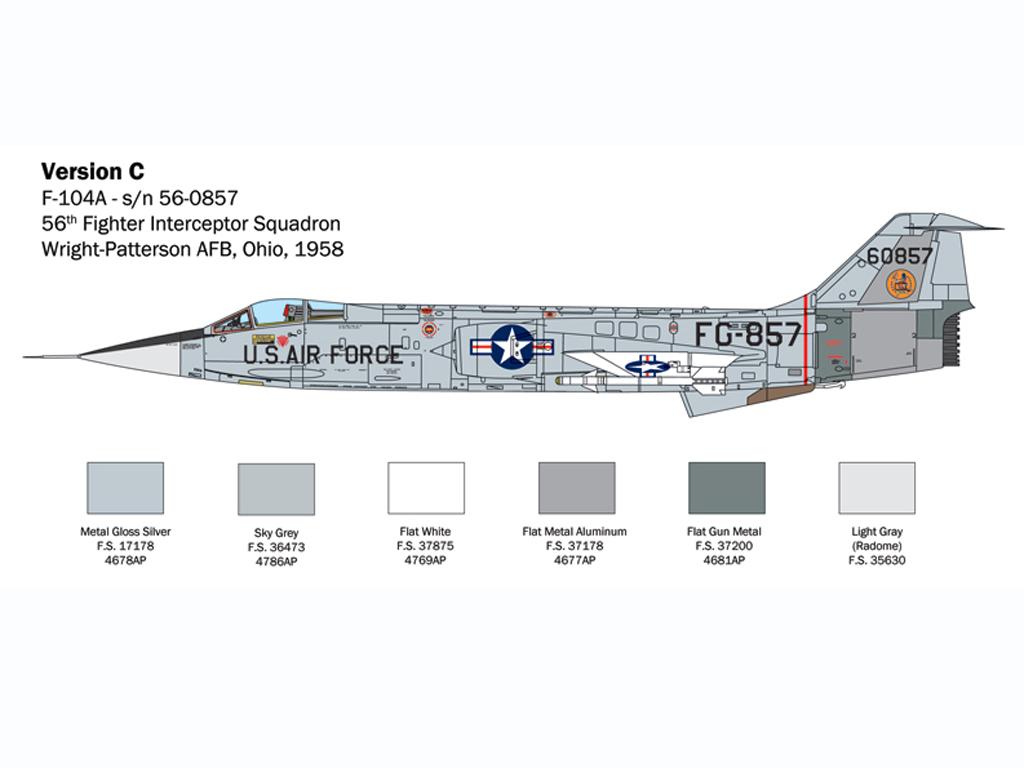 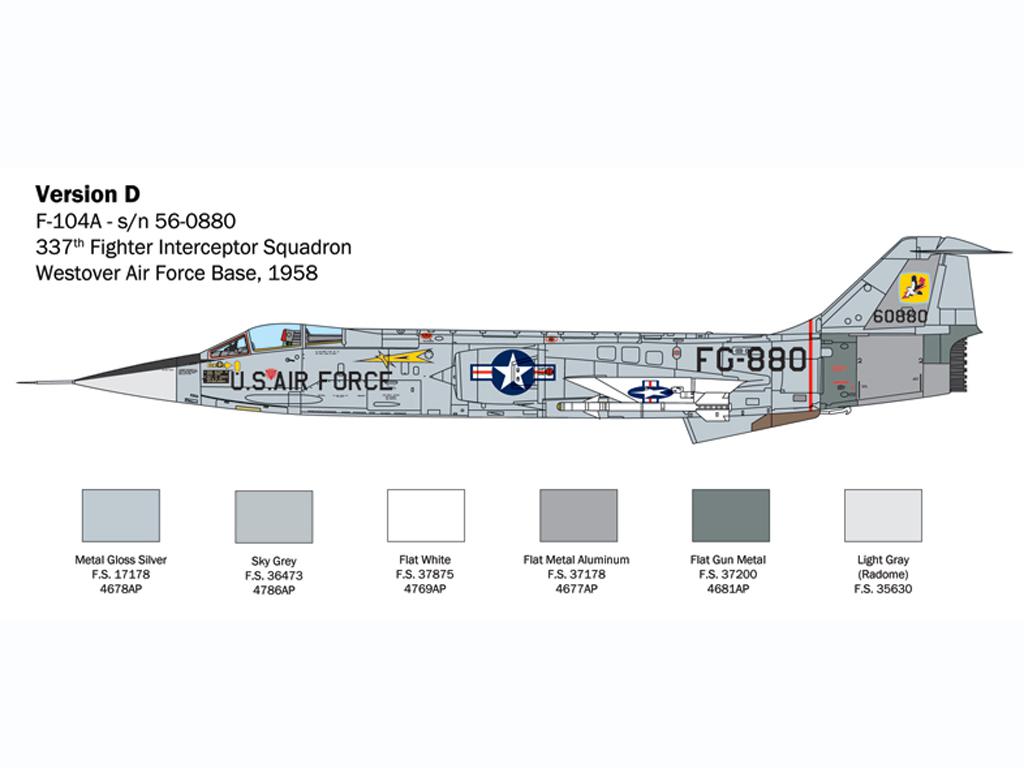 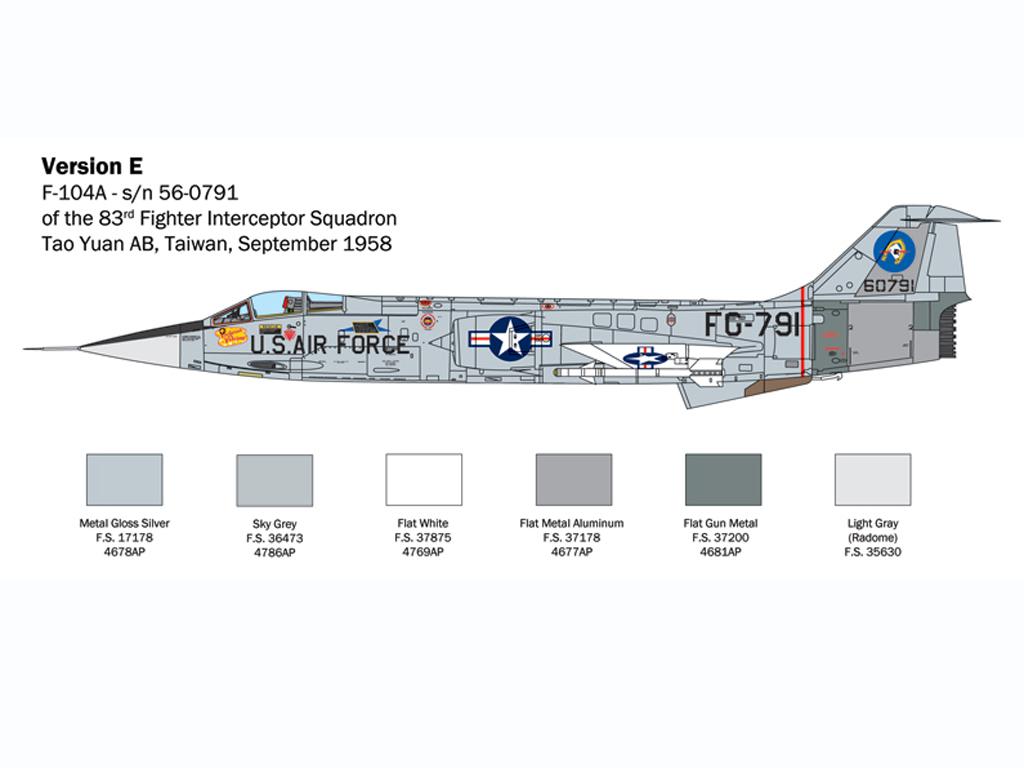 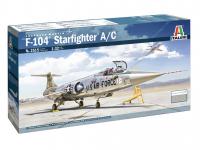 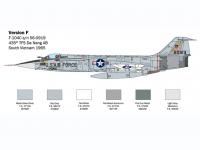 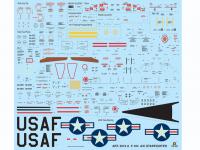 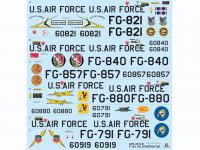 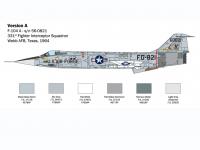 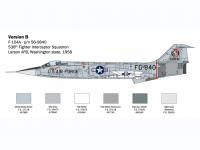 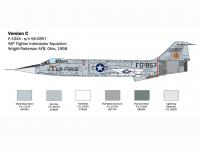 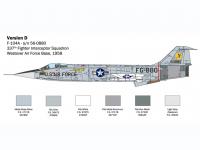 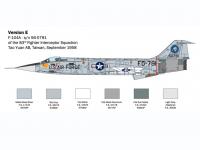 From Italeri on a 1/32 scale for mounting and painting

The supersonic interceptor aircraft F-104 Starfighter was, without doubts, one of the most famous, and long-lasting, aircraft in History. The F-104 entered in service in the late ‘50s and served with USAF for a long time. Later on, it has formed the fighter squadrons of several NATO air forces for more than 40 years. F-104A was the first version and it was used by USAF as supersonic interceptor in opposition to long-range soviet bombers. It entered in service in the late ‘50s. To the improved version, F-104C, was assigned the role of fighter-bombers and it was used during the early stage of Vietnam War. The “Starfighter” was based and developed on an original and unique concept for its time: innovative shape of the plane extremely thin, small, straight  mid-mounted, trapezoidal wings, the stabiliator mounted atop the fin, a powerful and reliable General Electric J-79 turbojet engine able to guarantee outstanding supersonic performances.