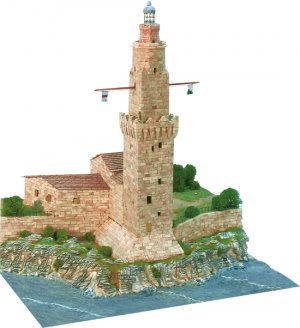 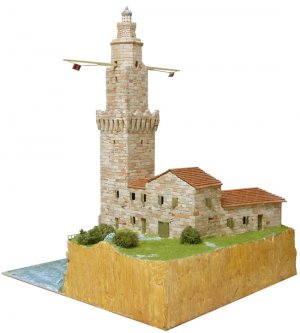 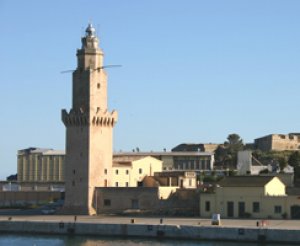 Porto Pi lighthouse Characteristics Palma de Mallorca, Italia - C. XIII Scale: 1/80 Approx. Nº of pieces: 4.000 Difficulty degree: 7/10 Sizes (Mm.): 380 x 430 x 480 History The Porto Pi lighthouse, one of the first to be built in the Mediterranean, a short distance from the City of Mallorca, Spain, is still in perfect working condition. Given the geographical position of the Balearic Isles, the importance of their most representative port, Porto Pi, is unquestionable. The first written reference to the lighthouse is in 1300 and during its long life it has been conditioned by the inevitable wearing away caused by the sea and wind. In the 17th century the upper part of the lighthouse was moved to another spot, close by but safer: it was placed over the Señales Tower, one of the four buildings on the coastal chain of towers that watched over the safety of the city. The lighthouse thus became a watchtower as well. There have been several restorations carried out on the lighthouse since then, always preserving the harmony of the original architecture. The tower is a square ground plan and the lamp is raised over two bodies of octagonal elevation. The height of the current tower is 41 metres above sea level and the reach of its light is twenty-two miles. The exact location of the lighthouse is: 2 37.5 E / 39 33.0 N.