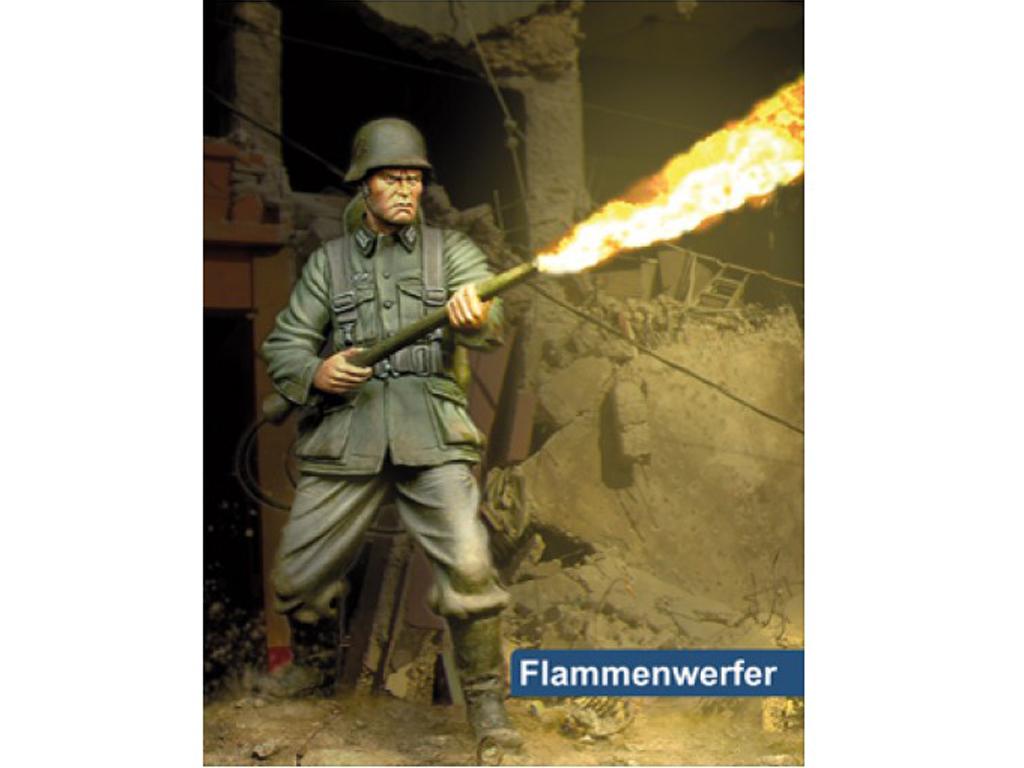 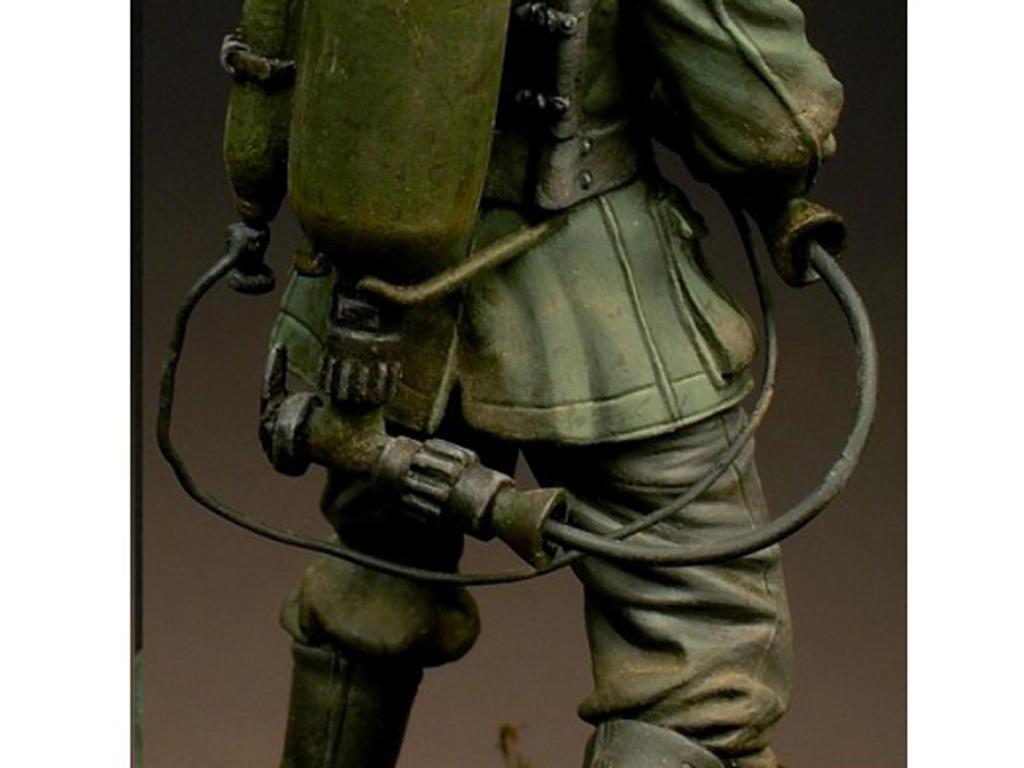 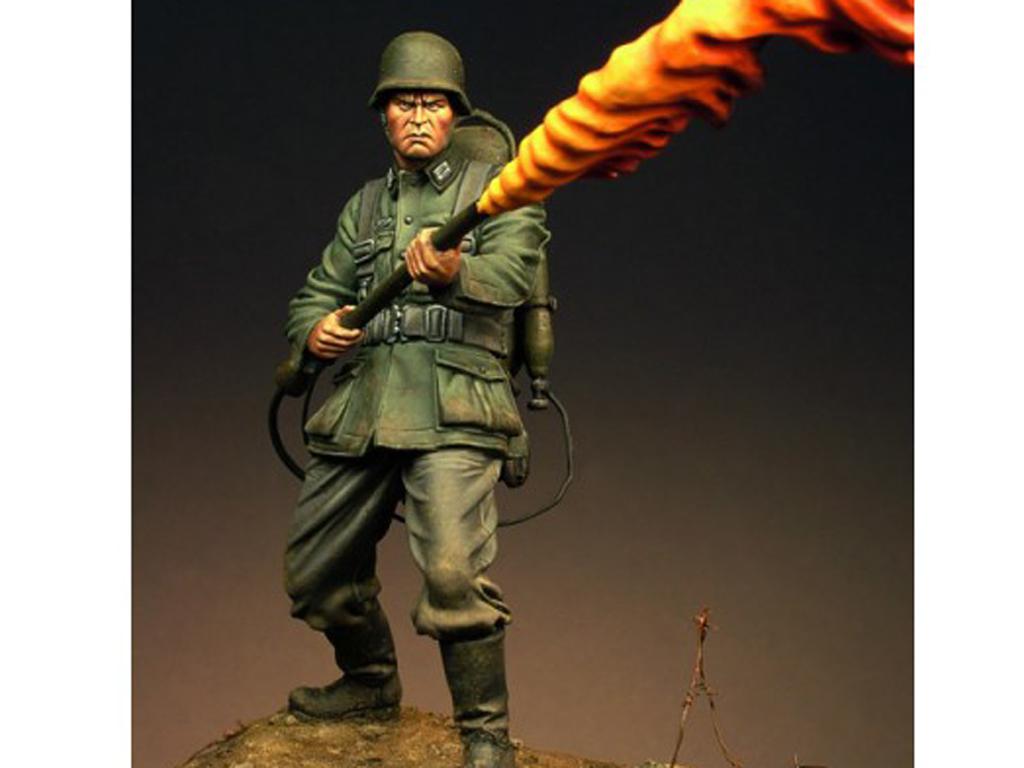 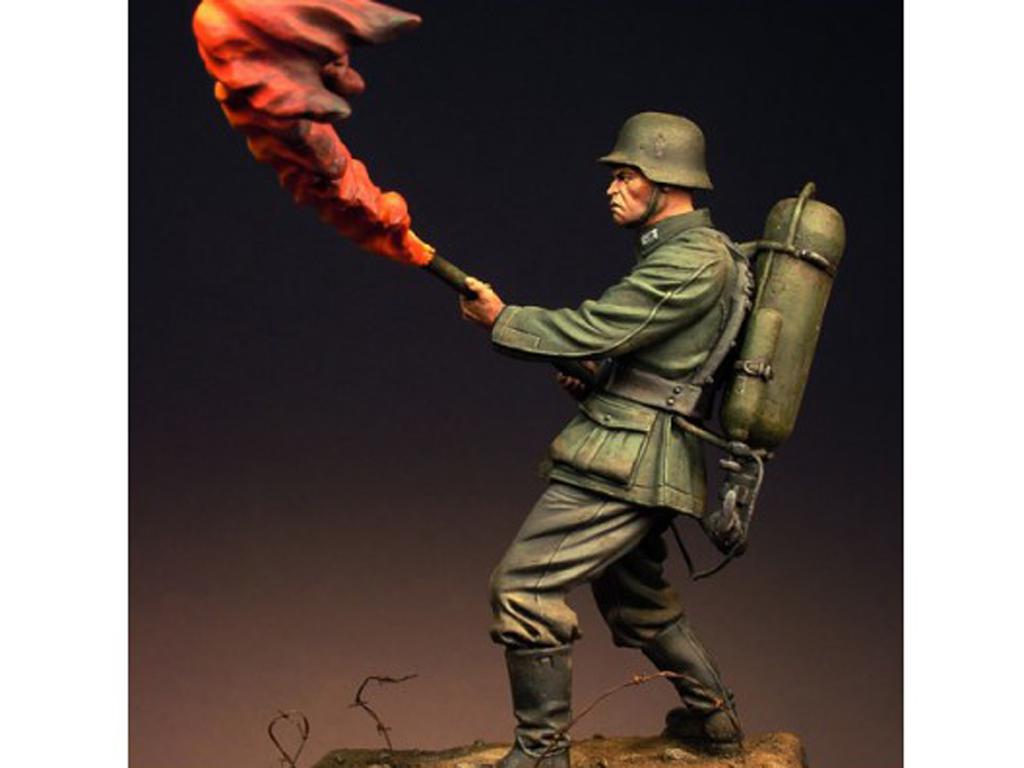 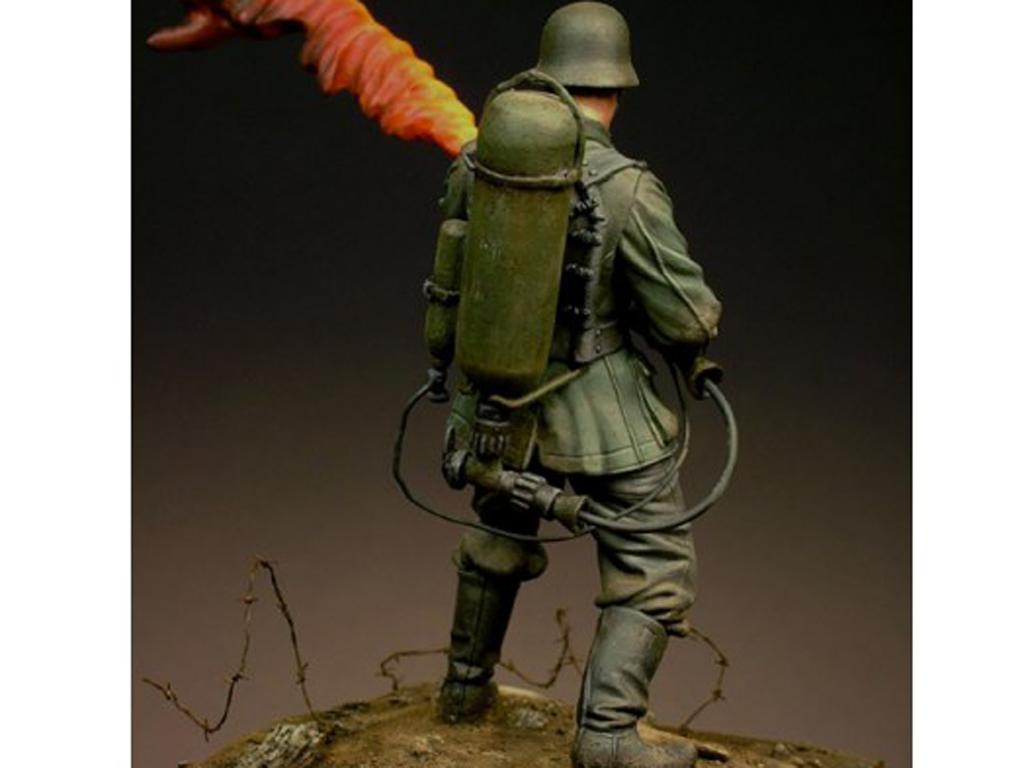 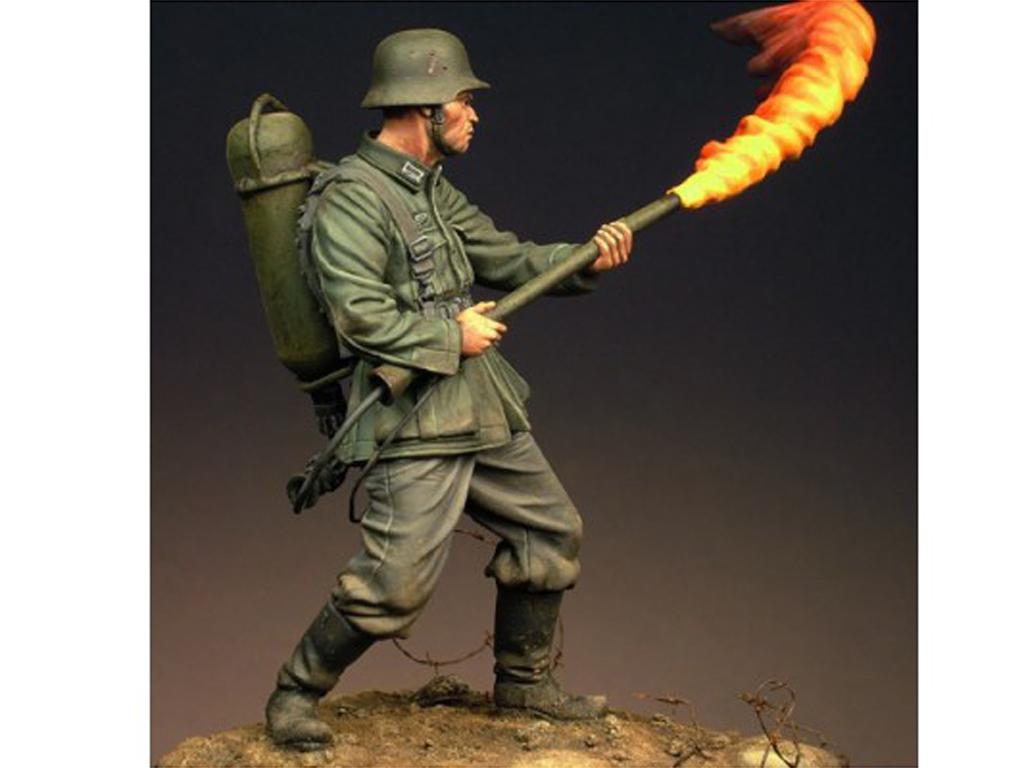 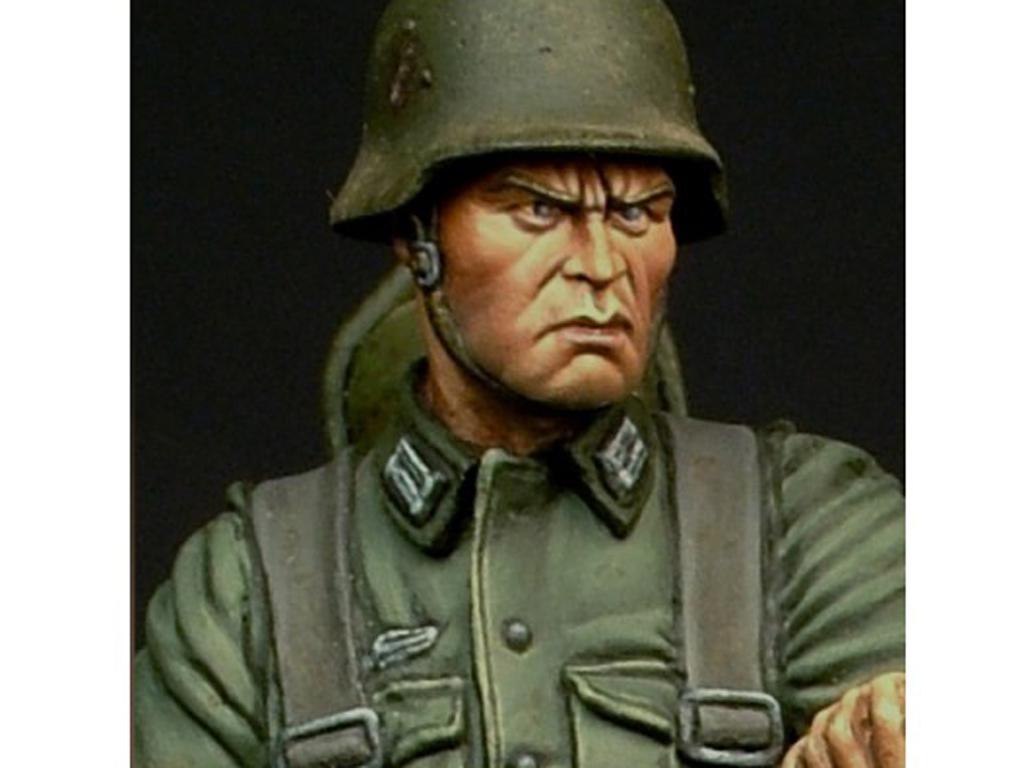 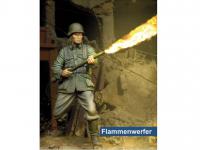 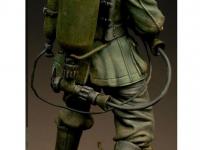 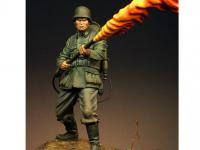 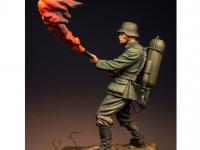 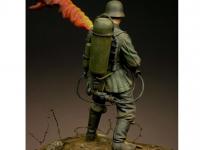 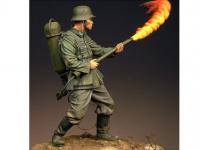 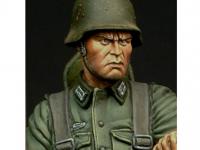 Assembly and painting guide on the back of the box.

The flamethrower was a terrible weapon with a strong psychological impact on enemy soldiers, terrified by the possibility of being burned alive.

Despite the constant protests and rejection that rose on all fronts, the flamethrower was incorporated as infantry weapons on both sides and drew special strategies for its use.

Our character carries a 35 Flammenwerfer model that was introduced to the German army during the thirties.

The design was very similar to that used during the First World War and was first produced in 1941, but was transformed to make it lighter and more fearful, until the twin tank model arrived.