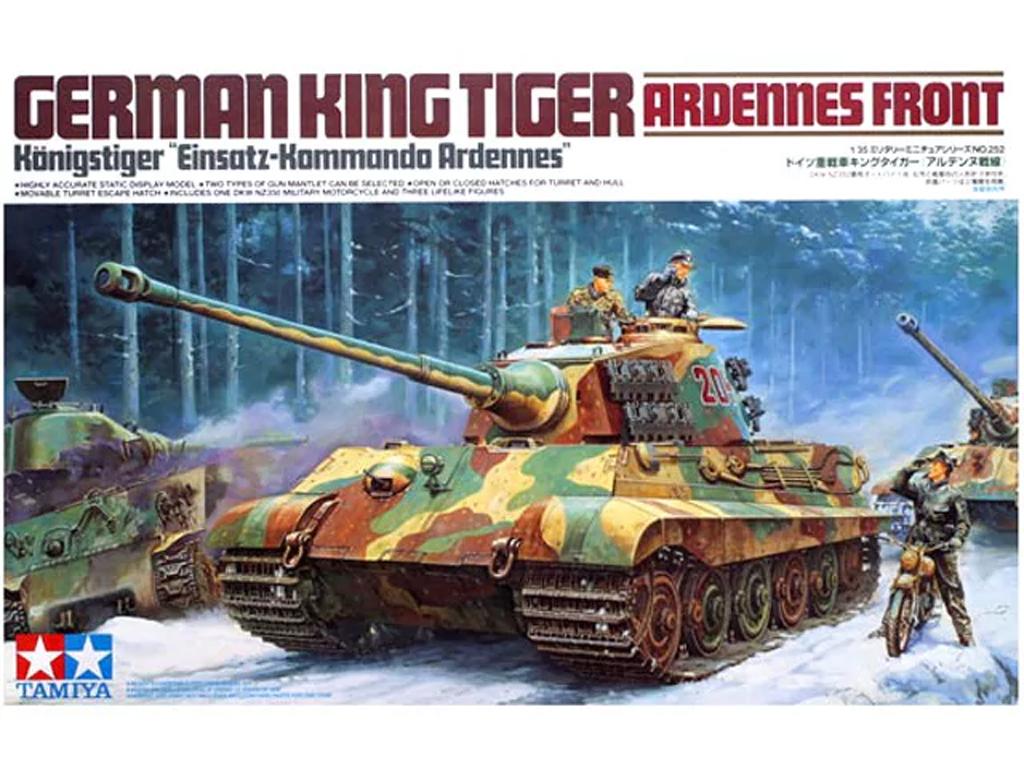 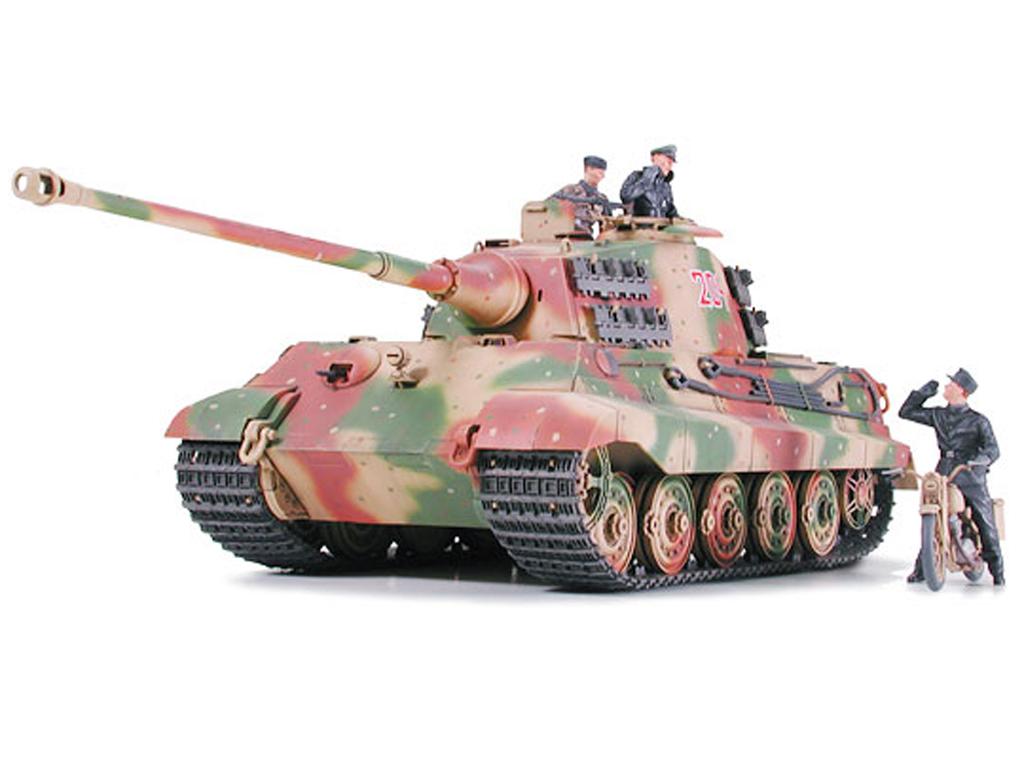 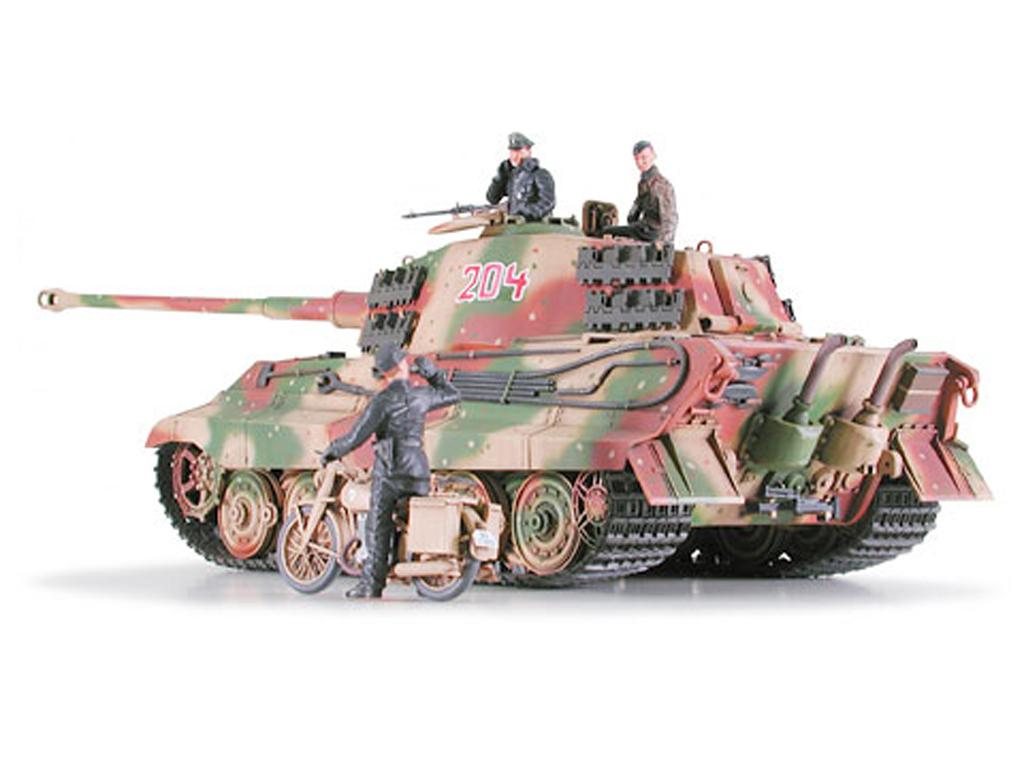 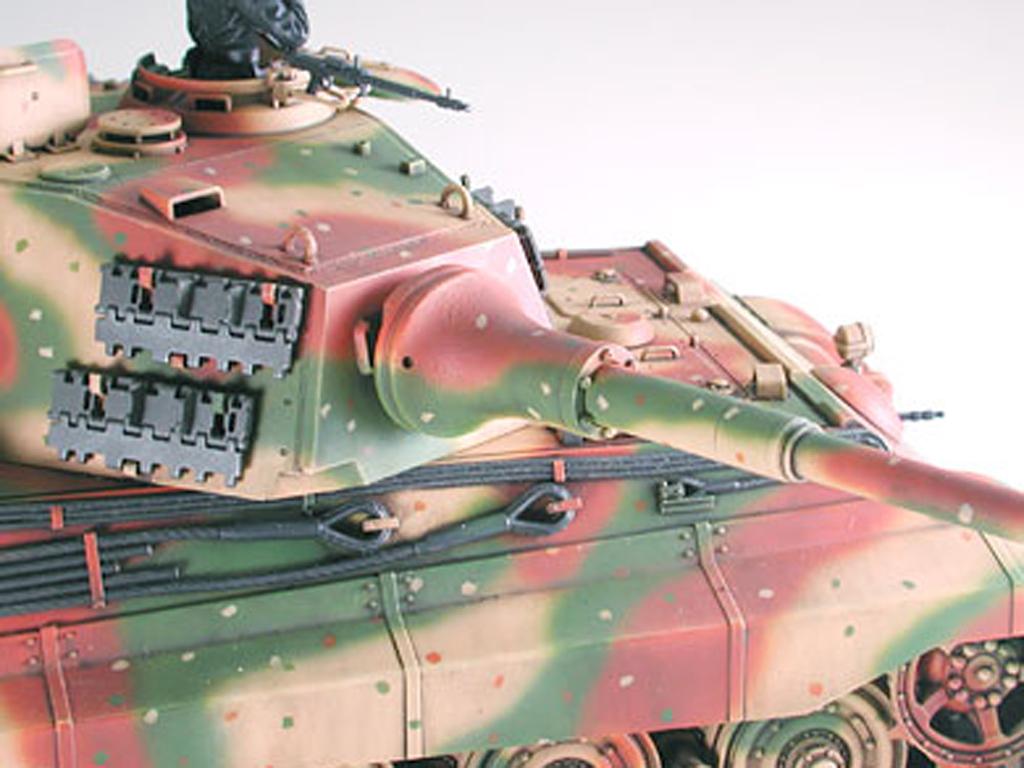 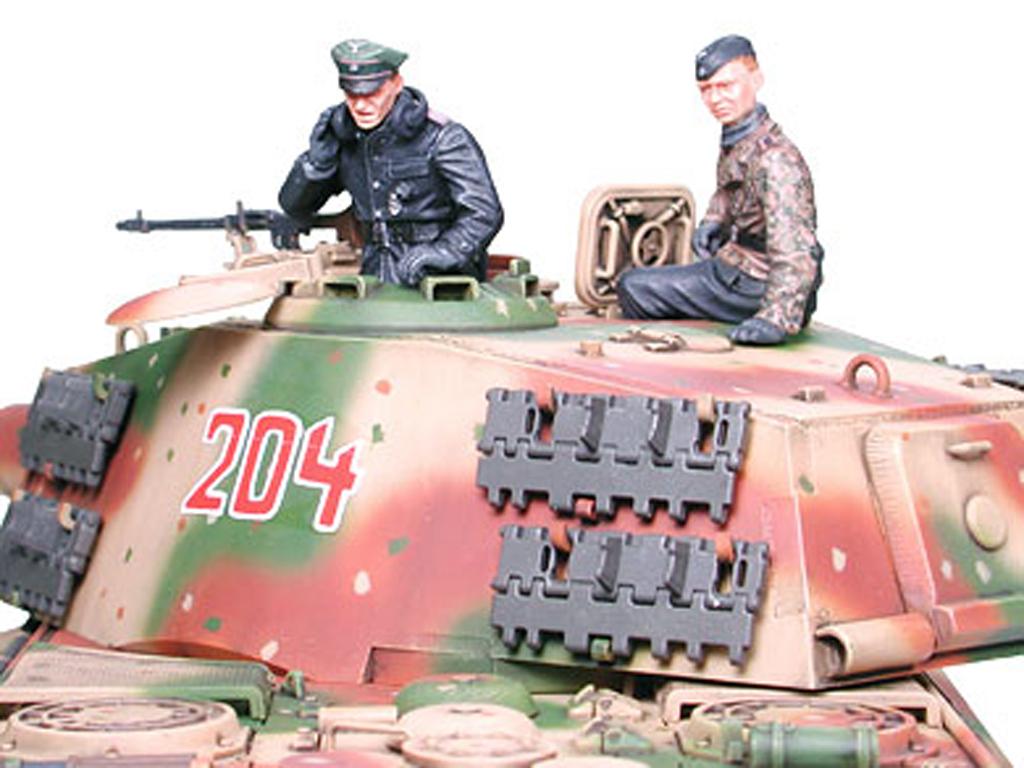 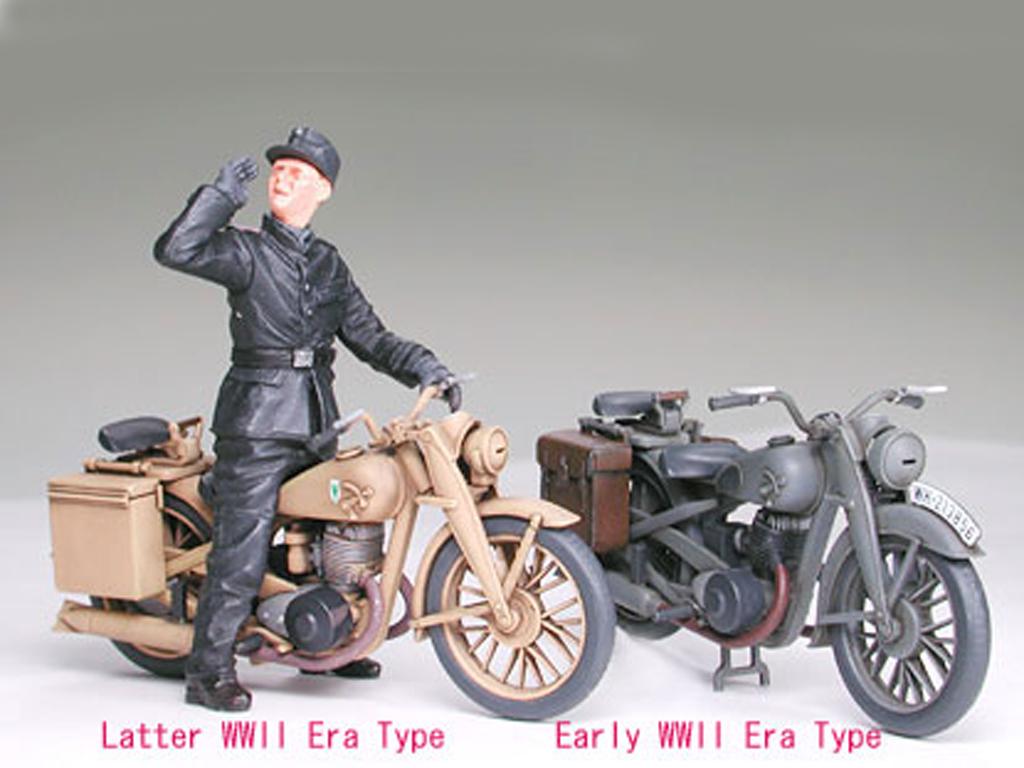 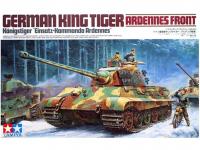 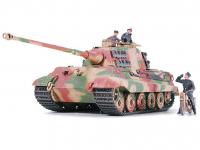 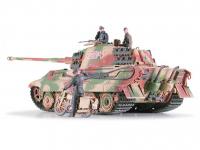 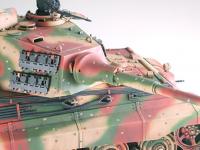 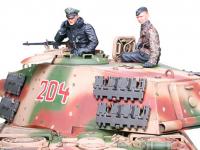 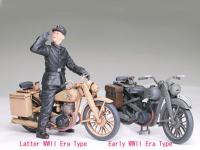 Tamiya 1/35 scale for mounting and painting

Development of the massive King Tiger began in February 1943 to counter the increasing threat of Russian Tanks. A more powerful cannon was added, upgrading from the L56, 88mm of the Tiger I to the Type 43 L71, 88mm high velocity gun.

The chassis front armor was 150mm thick with 80mm thick side armor.

The Henschel and Porsche companies came up with rival turret prototypes.

After the trial production of 50 tanks with the Porsche turret, the Henschel design, with its extremely thick armor that measured 185mm on the front and 88mm on the side panels, was adopted for mass production.

The Henschel turret itself was revised mid-way through production, from a stepped gun mantle to a smooth one. Due to the havoc wreaked by the King Tiger I during the final German offensive on the Ardennes front in December of 1944, the Allied forces that moved in on Berlin would fear the King Tiger up until the very last day of the war. 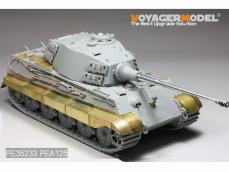 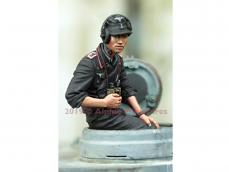