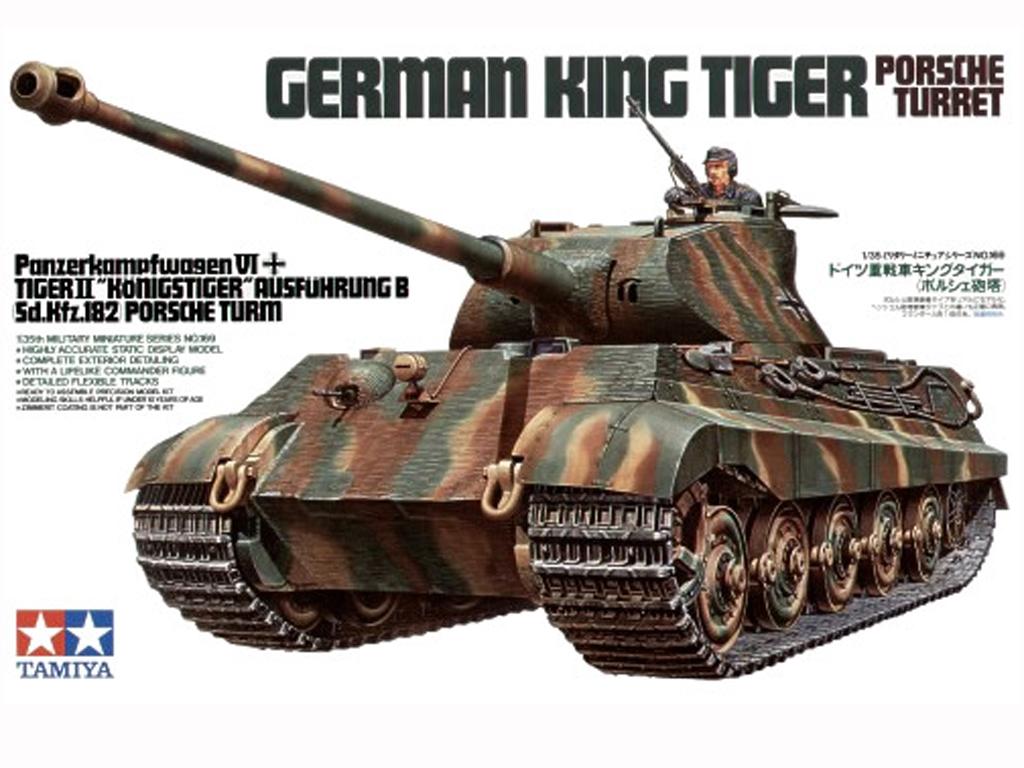 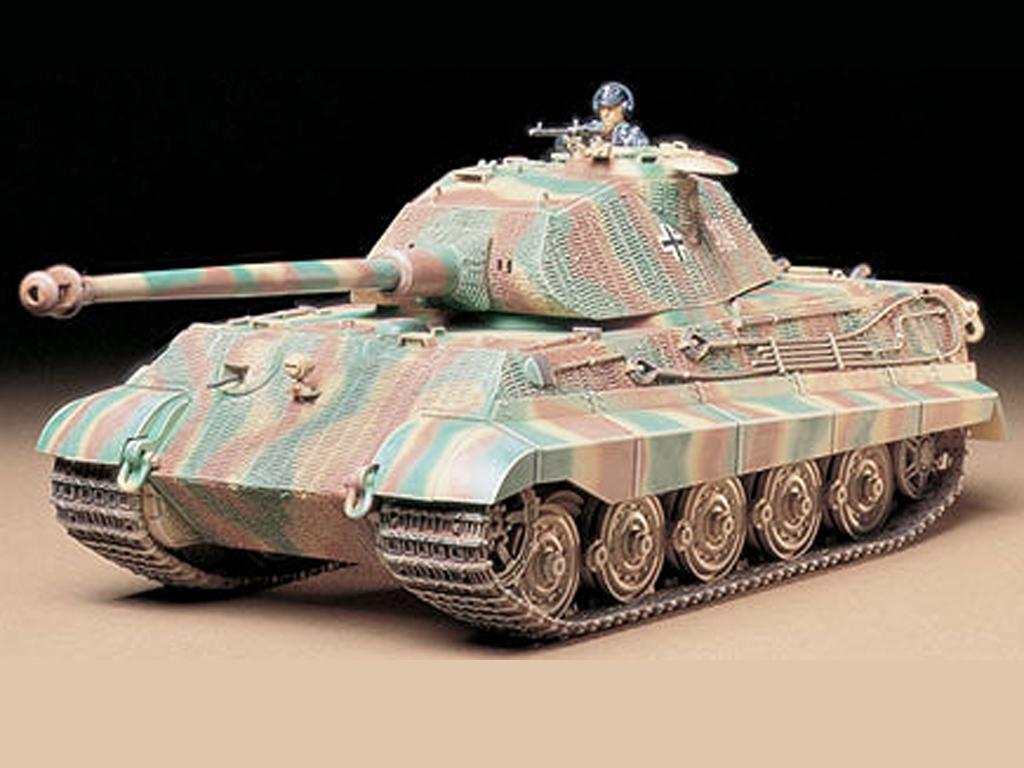 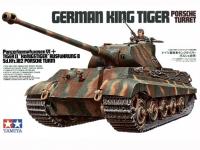 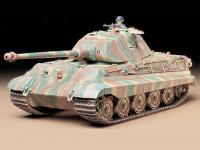 From the brand Tamiya to scale 1/35 to assemble and paint.

During World War II, the German tank that was designated the Panzerkampfwagen VI-B Tiger II, or more commonly known as the "King Tiger" was a much feared weapon by Allied Forces, because of its powerful 88mm main gun and thick armor plate. Germany began development of this tank in February 1943, in order to counter the increasing threat of Russian tanks. During its development stage, both the Henschel and Porsche firms introduced rival prototypes that incorporated different turret configurations. The Porsche designed turret had a very distinctive shape, with a rounded front section and narrow shell, when compared to the rather angular Henschel offering. The turret frontal section armor was 100mm thick and 80mm for the side panels, and it mounted the Type 43 L71 88mm high velocity main gun. Power for this massive tank was from a Maybach HL230 P30 V-12 cylinder, liquid cooled engine developing 700 hp. Porsche had produced 50 turrets for their version of the tank prior to the official adoption of the Henschel model for mass production. Evaluation had revealed that the Porsche turret lacked armor thickness, and required complex tooling due to its rounded contour sculpturing. However, the superior performance of the tank allowed the completed Porsche turrets to be deployed to the front. When combined with the Henschel turret version, a total of less than 500 King Tiger tanks were ever available for combat. 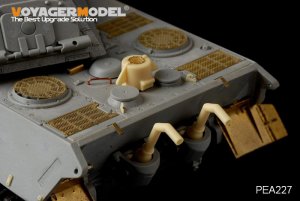