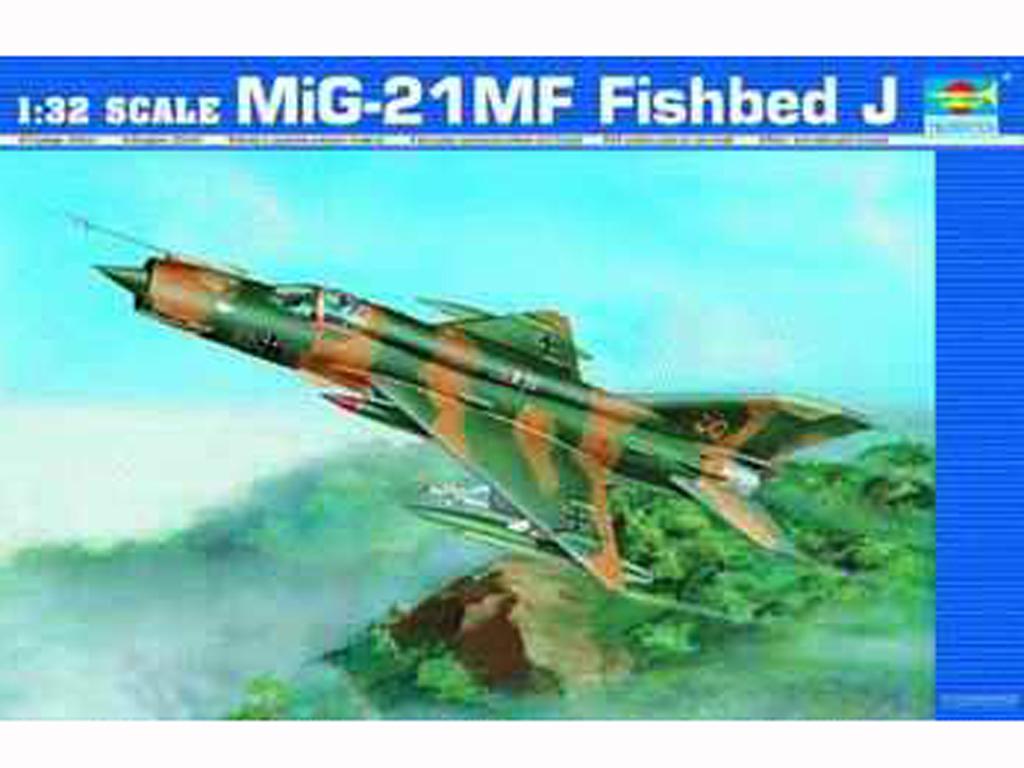 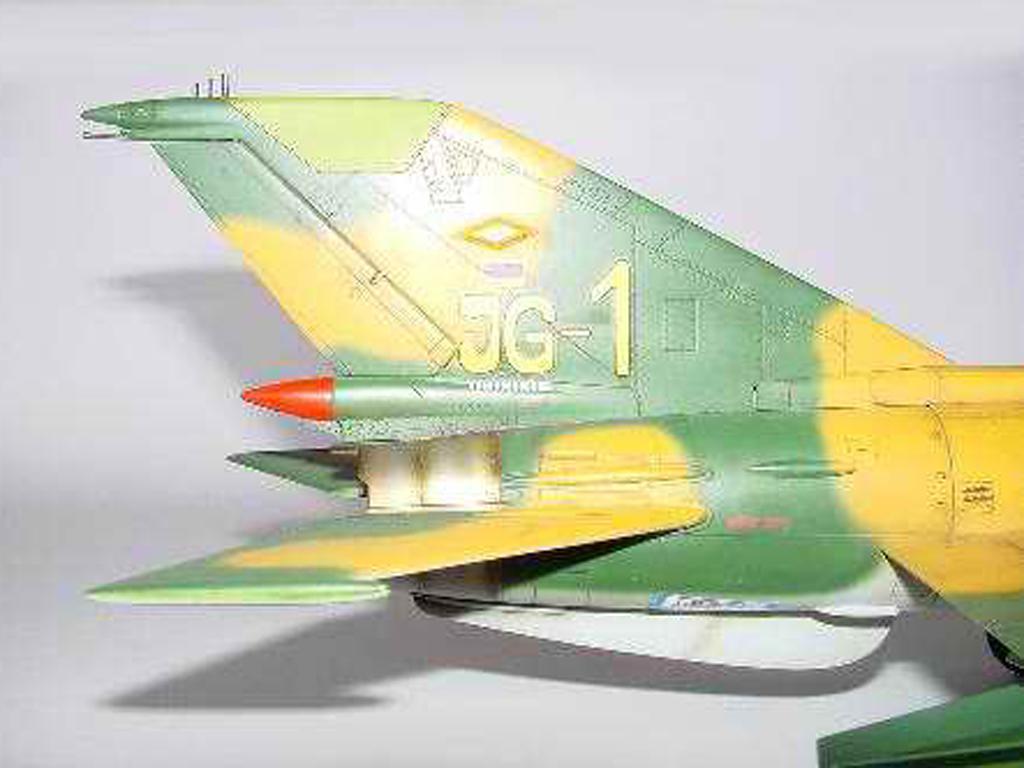 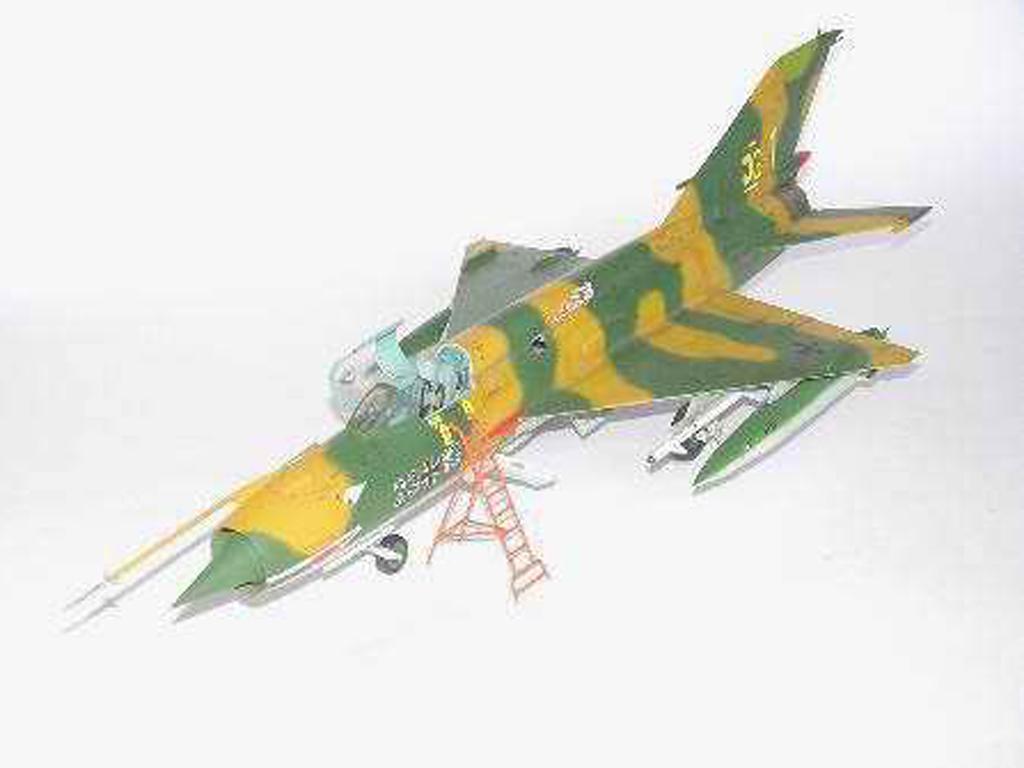 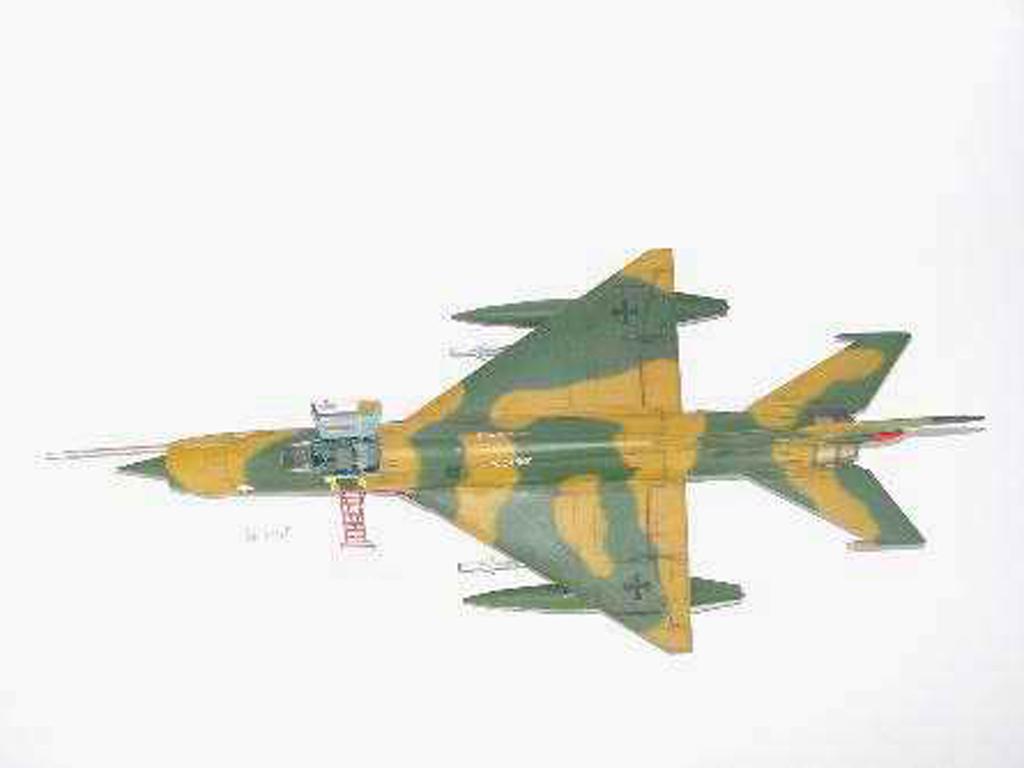 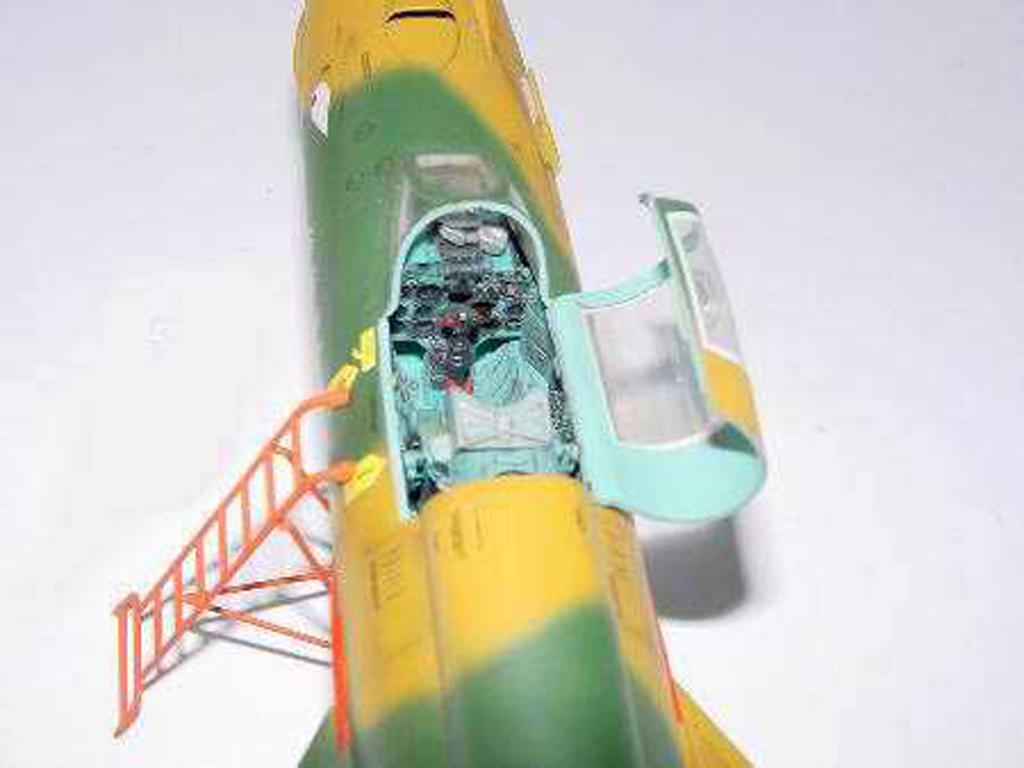 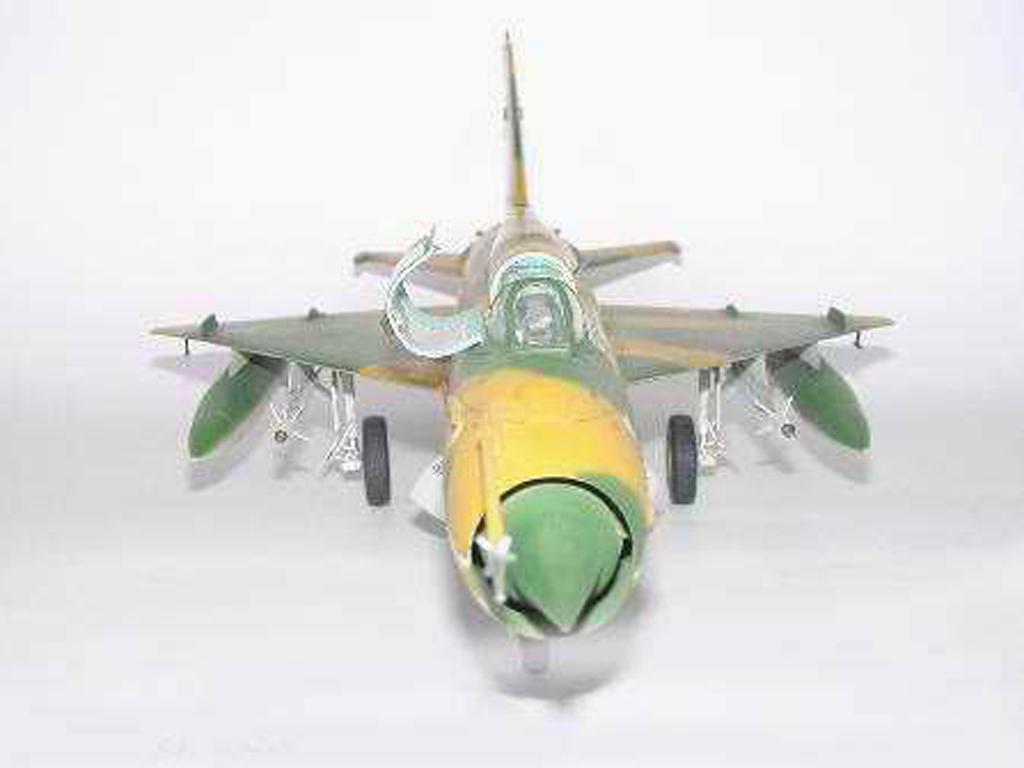 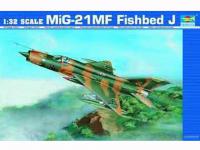 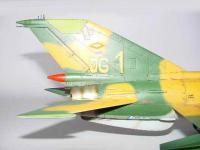 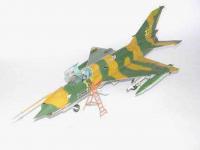 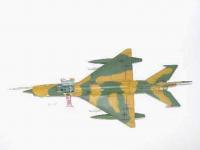 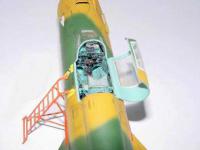 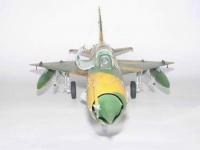 Model to assemble and paint of the Trumpeter house in 1/32 scale.

For a long time the MiG 21 was the standard fighter plane of the Warsaw Pact countries and proved to be a successful interceptor and fighter-bomber. Succeeding the MiG-15,17and 19, it was put into service with the Soviet air force in 1960/61. The high performance fighter achieved several records, including a speed record of 2388 km/h 1959and an altitude record of 34714m in 1961. Its baptism of fire came in the Vietnam war and in the Middle East. Over the years it was steadily improved and upgraded to match operating conditions and requirements. The MF versions were fitted with a more powerful engine, improved electronics and a sophisticated radar system. The tumanski R-13-300 iet engine with a thrust of 6.600kgf gave it a maximum speed of 2.1 mach at an altitude of 11000m . Gum armament: one 23mm GS-23L twin gun under the

Qty.
Maquetas - Avion - Trumpeter
Volver al listado
www.ecomodelismo.com use your own and third-party cookies to have the best browsing experience. If you keep browsing we understand that you accept our cookie policy.  Ver