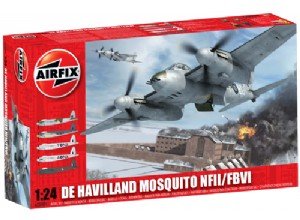 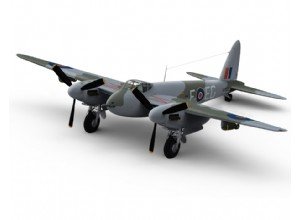 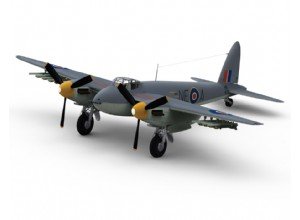 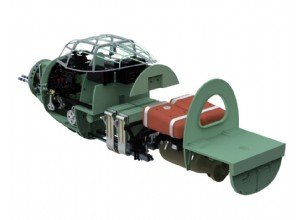 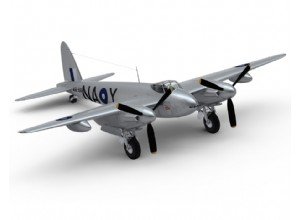 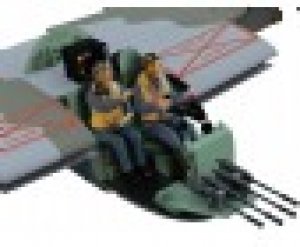 De Havilland Mosquito NFII/FBV Versatility was the hallmark of the famous de Havilland Mosquito. Whether low-down attacking enemy shipping in Norwegian Fjords, photographing targets deep in Europe or conducting pinpoint bombing on selected industrial targets, the de Havilland Mosquito had few equals. The ‘NF’ variants of the Mosquito were designed for night time operations in particular, and this spectacular model shows off this all-time classic RAF aircraft in all its glory, with full interior detail and removable panels, enabling any modeller to produce possibly the most exquisite model in any collection. The first production night fighter Mosquitos were designated the Mosquito NF MkII. A total of 466 were built with the first entering entering service with No. 157 Squadron in January 1942, replacing the Douglas Havoc. These aircraft were similar to the F MkII, but were fitted with the AL Mk IV metric wavelength radar. The most numerous Mosquito variant was the FB Mk VI fighter-bomber of which 2,298 were built, some one-third of Mosquito production. The FB Mk VI was powered by two 1,460hp (1,088 kW) Merlin 21s or 1,635 hp (1,218 kW) Merlin 25s. Carrying the same armament as the NF.II plus two 50 gallon jettisonable wing tanks or two 500lb bombs (or extra tank capacity in the fuselage behind the cannon), provision was made in 1944 to carry four 60lb rockets under each wing in place of the wing tanks or bombs for attacks on shipping. The primary decal scheme for the kit is from No.487 Squadron (Royal New Zealand Air Force) as flown in Operation 'Jerico', the daring day-time raid on Amiens prison on 18th February 1944.

Qty.
Maquetas - Avion 1/24 - Airfix
Volver al listado
Desarrollado por De Cive
www.ecomodelismo.com use your own and third-party cookies to have the best browsing experience. If you keep browsing we understand that you accept our cookie policy.  Ver