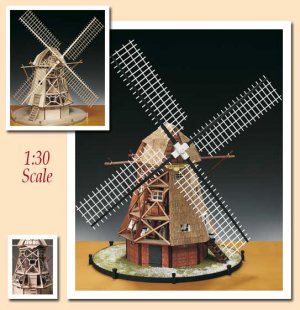 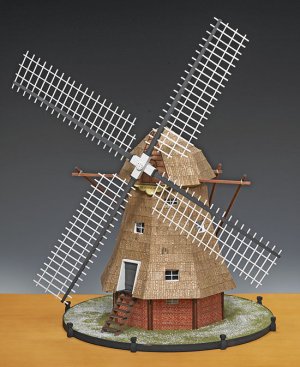 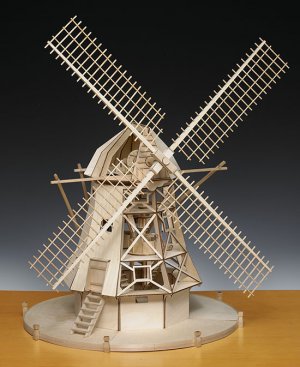 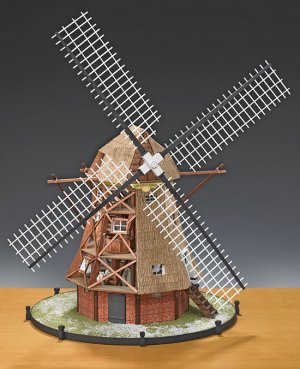 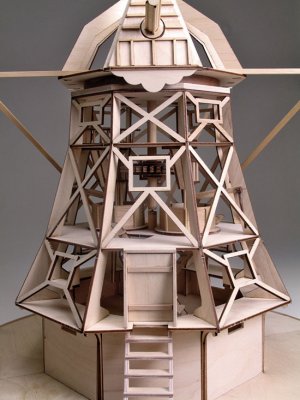 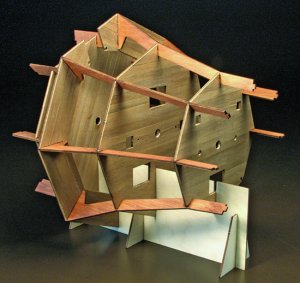 Molino de Viento Holandes Windmills have been around for at least 1300 years. In Europe, windimills were developed in the middle ages. They were mounted on city walls and could not be turned into the wind. Because fixed mills did not suffice for regions with changing wind directions, mill types that coud be turned into the wind were developed. With some subsequent developments mills become versatile in windy regions for all kind of industry, most notably grain grinding mills, sawmills, pumping mills. With the indistrial revolution, the importance of windmills energy was replaced by steam and internal combustion engines. With increasing environmental concern, wind power has regained interest as a renewable energy source. This new generation of wind mills produces electric power and are more generally referred to as wind turbines. The kit includes laser cut wooden structure, brass photoetched parts, straw covering, printed bricks.

Qty.
Naval - Varios - Amati
Volver al listado
www.ecomodelismo.com use your own and third-party cookies to have the best browsing experience. If you keep browsing we understand that you accept our cookie policy.  Ver