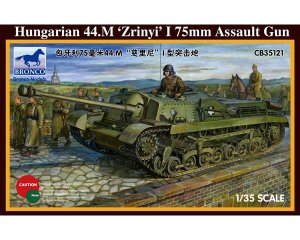 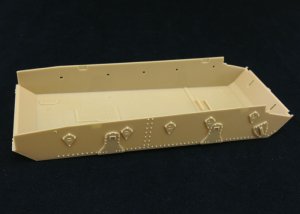 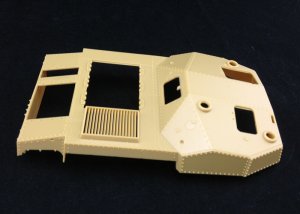 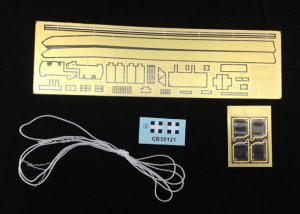 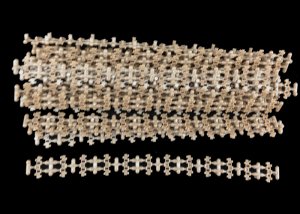 Hungarian 75mm Assault Gun 44.M Zrinyi I The Skoda company of Czechoslovakia began work on a new medium tank in 1937, designated the S-IIc. But work was not completed until after the German annexation in 1939. Two pilot tanks were sent to Hungary were they were re-worked for domestic production. Named the Turan, the new tank was built in several versions, one being the Zrinyi I self propelled 75mm anti-tank gun. The 44M Zrinyi I was an attempt to build a Tank Destroyer mounting the German PaK.40 7.5cm L/43 anti-tank gun in an enlarged fighting compartment. It was similar in concept to the Jagdpanzer IV but on a lighter hull. A single pilot vehicle was built in1943 and tested, but production was not undertaken because Germany supplied superior vehicles to the Hungarian army. The Zrinyi I had a combat weight of 22 tons, and armour was a maximum of 75mm thick. It had a road range of 220 kilometers and a maximum speed of 43km/h. The vehicle was named after Graf Nickolas Zrinyi, an Hungarian folk hero killed by the Turks in 1566.