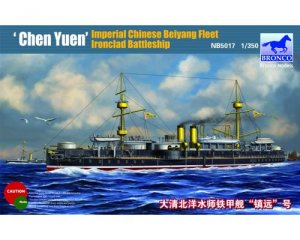 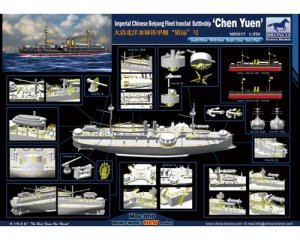 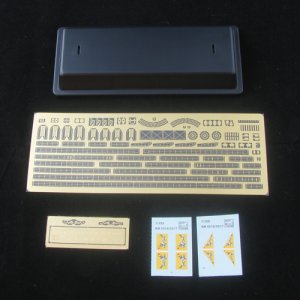 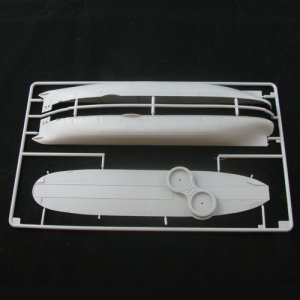 Beiyang Ironclad Battleship 'Chen Yuen' The Chen Yuen was one of two ironclad battleships built in Germany for the Chinese Navy by Stettiner Vulcan AG, the other being the Ting Yuen. Chen Yuen was launched on 28 November 1882, displacing 7,670 tons fully loaded. Both ships were armed with 4 x 305mm Krupp guns mounted in two barbettes, and carried a secondary battery of 2 x 150mm guns, 2 x 57mm guns, 8 x 37mm guns and 3 x 356mm torpedo tubes. The main protection was an armoured citadel, with up to 14 inches of composite armour. Power was provided by a triple expansion steam engine of 7,500shp, giving a maximum speed of 14.5 knots. Both ships took part in the Sino-Japanese war of 1894-95, where they were regarded as the most powerful ships to take part in that conflict. Both ships took part in the Battle of the Yalu River on 17 September 1894, where the Japanese prevailed because of superior gunnery. Ting Yuen was hit by a Japanese torpedo and had to be scuttled, but despite hundreds of hits by enemy guns, the Chen Yuen survived the conflict. At the end of the war the Chen Yuen was handed over to the Japanese and served in the Imperial Japanese Navy as the Chin'en, being scrapped in 1914.

Qty.
Maquetas - Barcos - Bronco Models
Volver al listado
www.ecomodelismo.com use your own and third-party cookies to have the best browsing experience. If you keep browsing we understand that you accept our cookie policy.  Ver