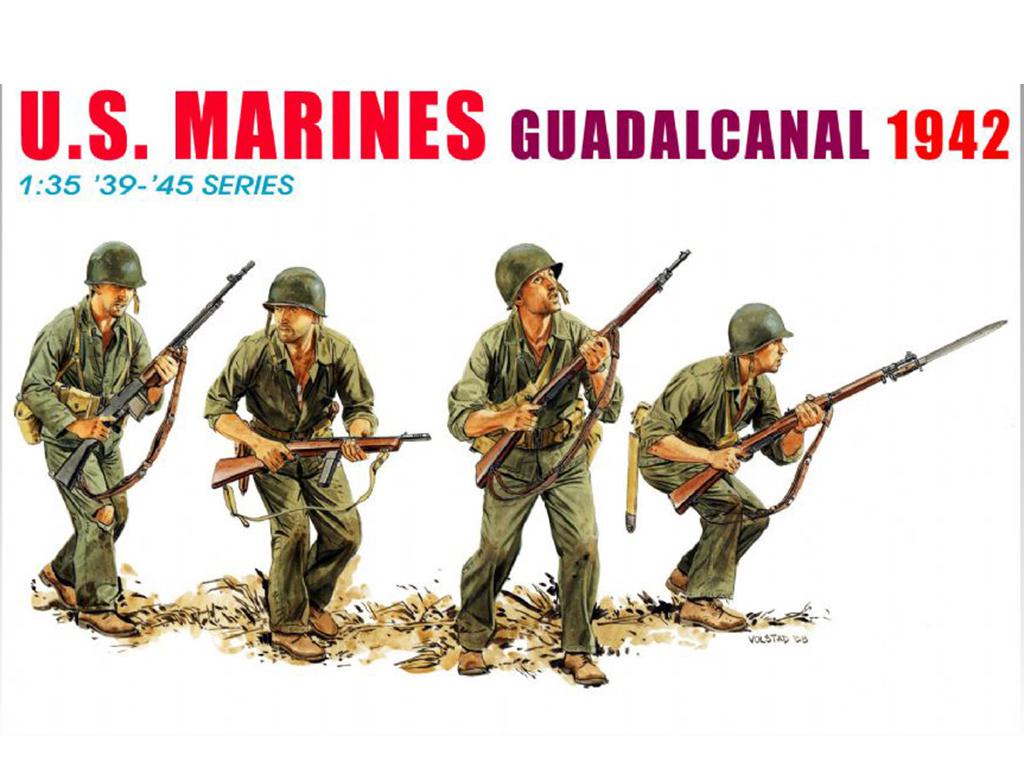 U.S. Marines Guadalcanal 1942 The Battle of Guadalcanal was fought in the air, and on the land and sea, between August 7, 1942 and February 7, 1943. Located in the southern Solomon Islands, Japanese troops stationed on Guadalcanal were well positioned to threaten Allied shipping routes, plus they helped defend the major Japanese base at Rabaul. The Battle of Guadalcanal represented the first major Allied offensive against the Japanese, and it marked a strategic victory and turning point for the Allies. The battle pitted 60,000 Allied ground troops against 36,200 Japanese soldiers, and the bloody conflagration resulted in approximately 7,000 Allied and 30,000 Japanese deaths.