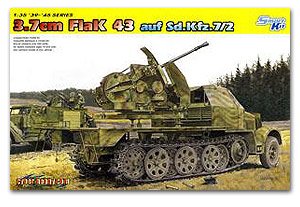 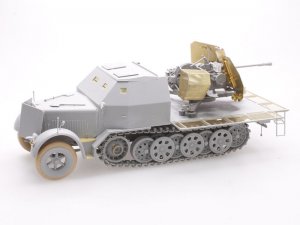 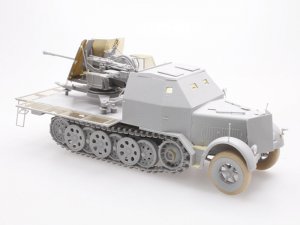 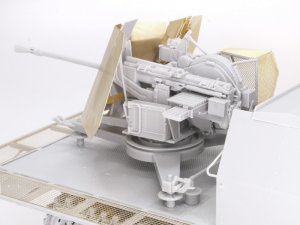 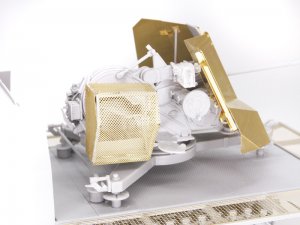 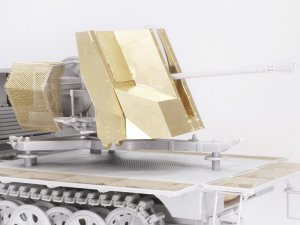 Sd.Kfz.7 w/3.7cm FlaK 43 auf Selbstfahrlafette The range already includes halftracks with 3.7cm Flak 36 and Flak 37 cannons, so this one is a little more unique. It is essentially an Sd.Kfz.7/2 type and includes the armored cab with 8mm-thick plates as seen on previous kits. The newer gun can be traversed 360 by hand, and the Flak 43 had an elevation range of -1 to +9. The crew comprised seven men – the commander, driver and five gunners. Some 120 rounds of ammunition were carried on the vehicle, while another 432 rounds could be stowed in a special trailer. Sd.Kfz.7/2 systems were produced by Germany beginning in 1942, and from late 1943, instead of the usual open cab, a number of antiaircraft halftracks were supplied with a cab protected by 8mm-thick armor plate. These vehicles served in Luftwaffe flak units.