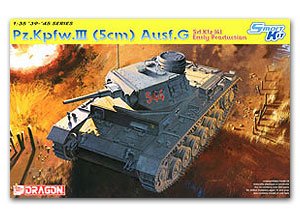 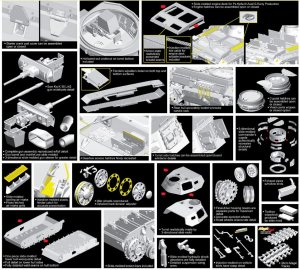 Pz.Kpfw.III (5cm) Ausf. G, Early Production The Panzer III was a medium-class tank, which, at the onset of Operation Barbarossa, was numerically the most important tank in Germany’s panzer divisions. However, with the advent of more heavily armored and up-gunned enemy tanks, production of the Pz.Kpfw.III ceased in 1943. One of the models produced in the interim was the Ausf.G, with the majority of this type featuring a more powerful 5cm KwK 38 L/42 main gun mounted in an external mantlet. It was a marked improvement over the original 3.7cm gun. Armor on the front, sides and rear was upgraded to a thickness of 30mm. A total of 600 Ausf.G tanks were produced from April 1940 to February 1941 by German factories, and they served in places like the Eastern Front and North Africa.