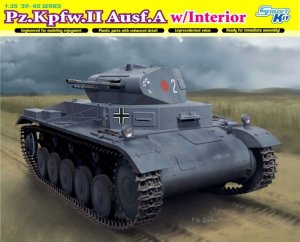 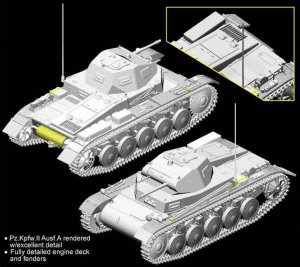 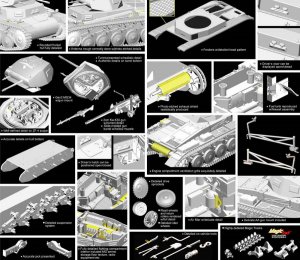 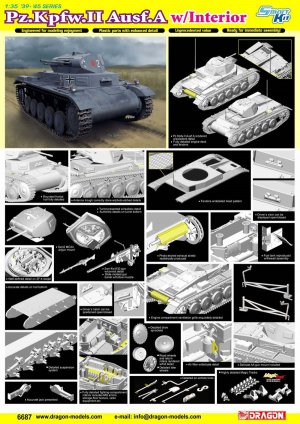 Pz.Kpfw.II Ausf.A w/Interior The Panzer II, developed by Germany in the 1930s, was an improvement over the Panzer I, but it was still only a stopgap measure in Germany’s goal of creating a powerful tank force. The Panzer II was widely used in early campaigns of WWII such as the invasion of Poland, the Low Countries and France, but by 1943 it had ceased production and the Panzer II chassis was being converted to other uses. The main armament of most Panzer II variants was the 2cm Kw.K30 L/55 cannon and a coaxial MG34, although the main gun was mostly ineffective in the anti-tank role. A crew of three operated the light tank. The first series-production model was the Ausf.A, which appeared in July 1937.