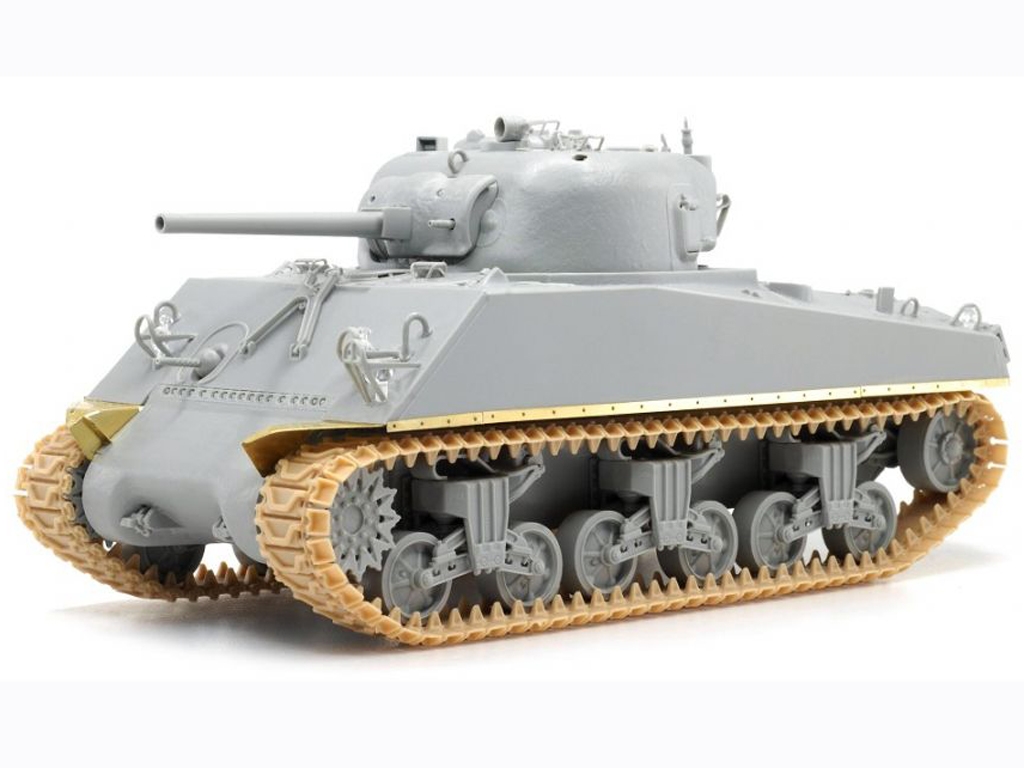 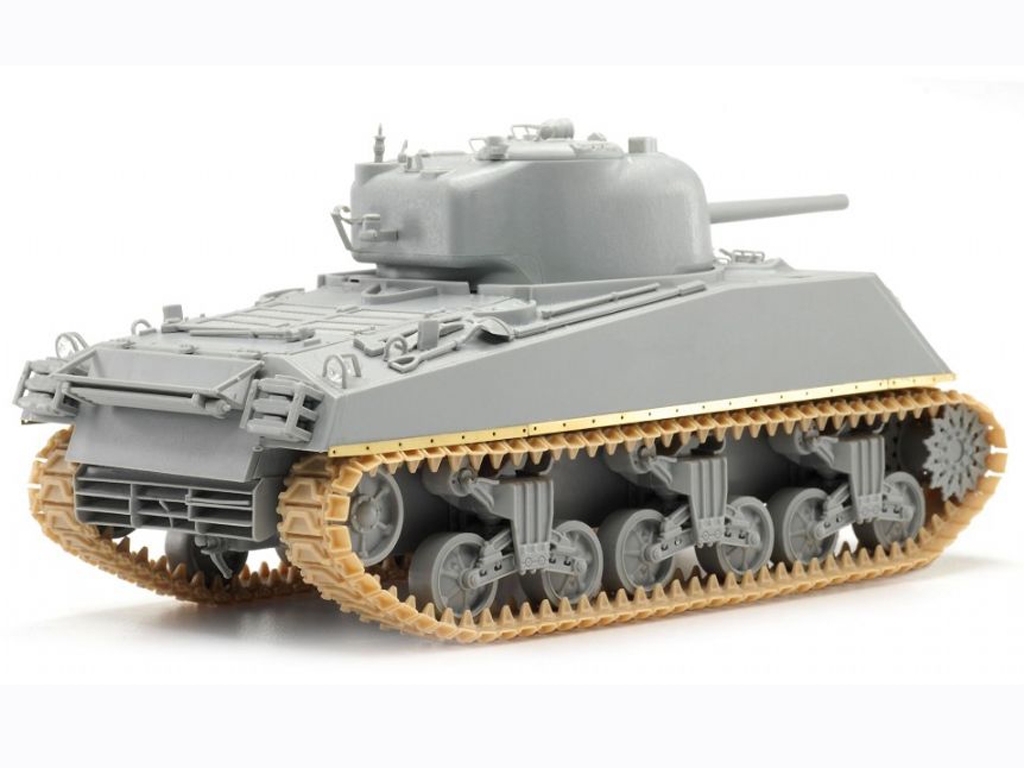 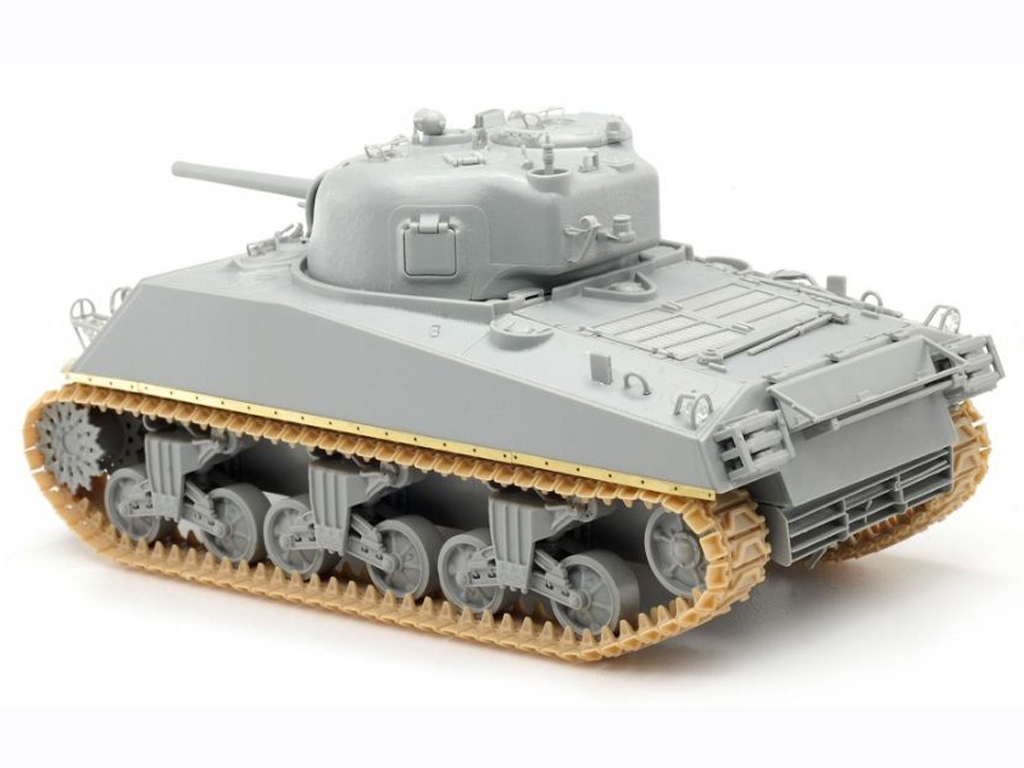 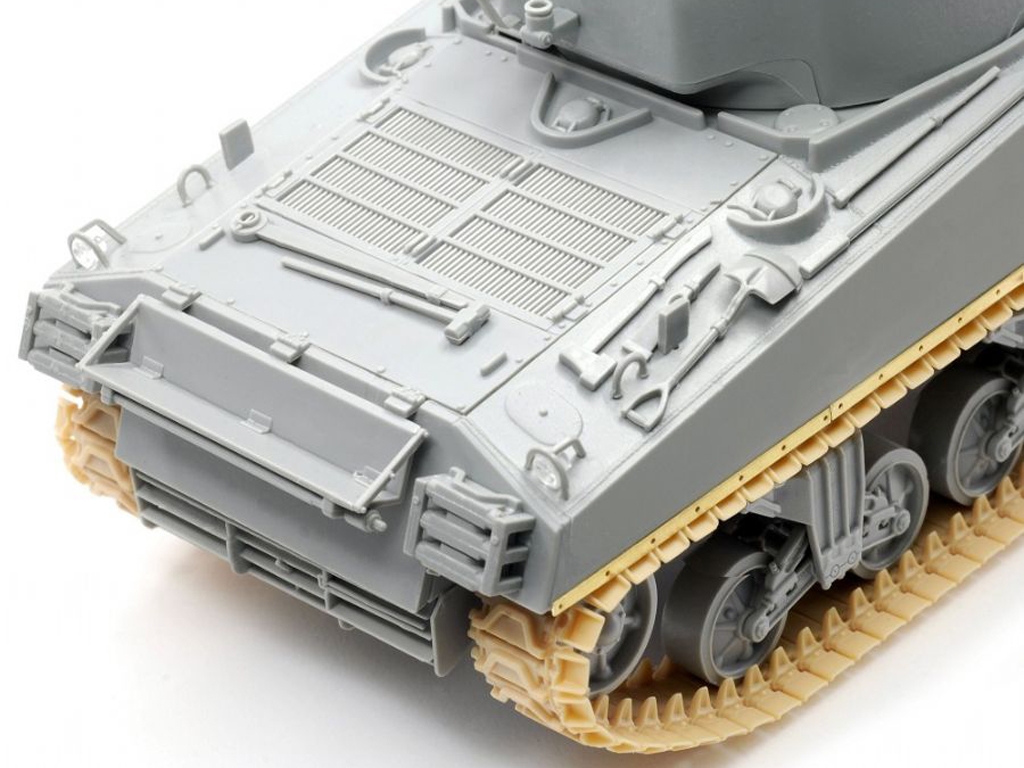 M4A3 75(W) ETO The M4 Sherman was a pivotal weapon for the Allies in WWII, with production eventually surpassing 50,000 units. The Sherman is also a key subject in Dragon’s 1/35 scale range of plastic kits. Indeed Dragon is pleased to launch another important version of the Sherman – an M4A3 75(W). The M4A3 was distinguished by utilizing a Ford GAA V8 gasoline engine. Of welded hull construction, it was the preferred variant of the US Army. This means the M4A3 was commonly used in the European Theater of Operations (ETO), which is the M4 type specifically depicted in this new kit. During WWII, the US Army fielded 16 armored divisions as well as 70 independent tank battalions. More than 19,000 Shermans were issued to the US Army, with the vast majority of these serving in Europe. This kit shows an M4A3 fitted with a 75mm M3 gun. The tank has wet stowage for the ammo rounds too. This kit is based on the very latest molds, and it builds upon recent Sherman plastic kit releases. It has accurate VVSS suspension, and the T-54E1 w/EEC tracks are made from DS to make them easy to assemble. New parts include the whole upper hull, while the accurate turret receives new brackets on the top where a spare machine gun barrel can be stowed. This highly detailed kit fills a void in the Sherman family, with the M4A3 being an extremely important tank in the Allied and US effort to liberate Europe.