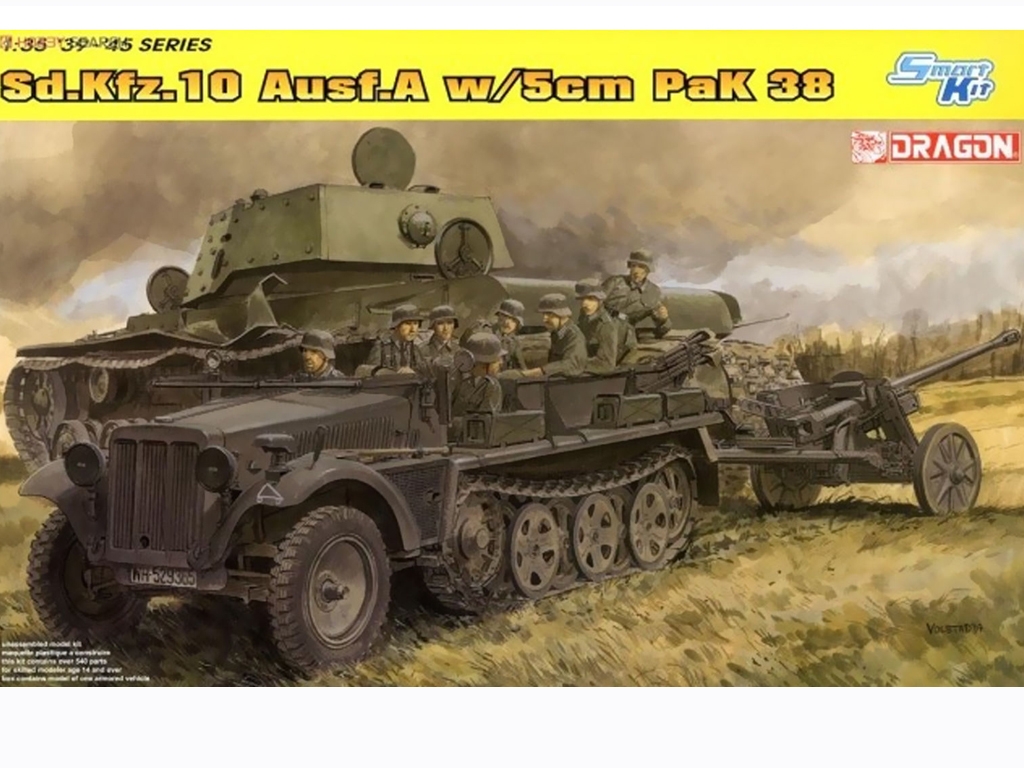 Sd.Kfz.10 Ausf.A w/5cm Pak 38 Germany fielded a wide range of halftracks during WWII. The Sd.Kfz.10, one of the lighter types, was conceived as a prime mover for small, towed anti-tank or antiaircraft guns. Measuring 4.5m long and weighing 4.9 tonnes, this Demag-designed vehicle had a payload capacity of 1 ton or eight troops. Power came from a Maybach 6-cylinder engine coupled to a transmission with seven forward and three reverse gears. Noteworthy is the fact that this halftrack type was the only one to employ a hull rather than a frame. Demag delivered the first vehicles in 1938, but eventually seven factories were involved in producing approximately 14,000 examples. One of the weapons it regularly towed was the 5cm PaK38 anti-tank gun, which was first used by German forces on the Eastern Front in 1941 to combat the formidable threat of the T-34 and KV-1. The gun remained in service for the rest of the war.

Qty.
Maquetas - AFV 1/35 - Dragon
Volver al listado
www.ecomodelismo.com use your own and third-party cookies to have the best browsing experience. If you keep browsing we understand that you accept our cookie policy.  Ver