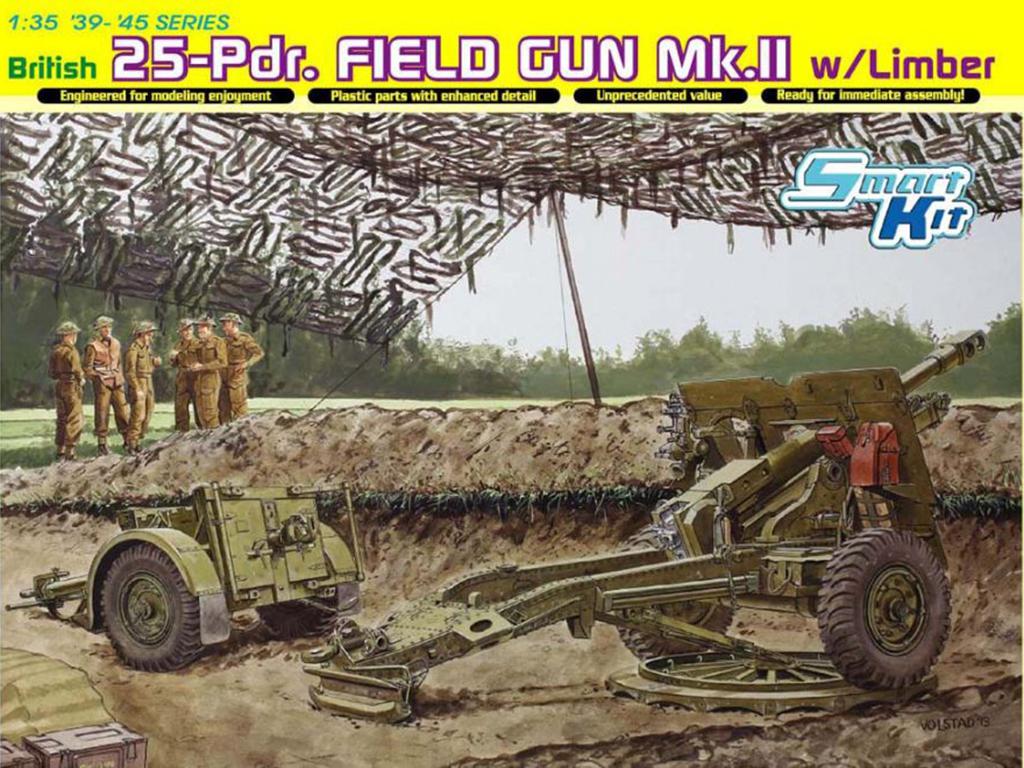 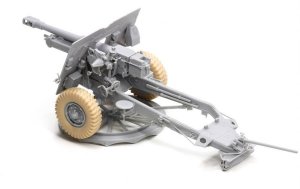 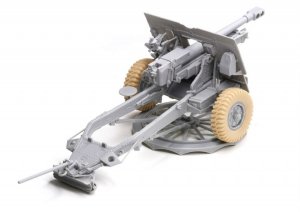 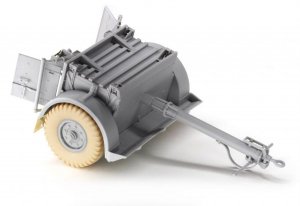 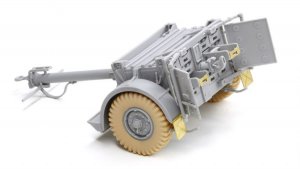 British 25-Pdr. Field Gun Mk.II w/Limber Known officially as the ‘Ordnance QF 25 pounder', it was the workhorse of British and Commonwealth field artillery units during WWII. The name came from the fact that the weapon fired a 25-pound shell, and "QF" stood for Quick Firing. The 25-pdr entered service in 1940, and many consider it the best towed field gun of the war owing to its high rate of fire, lethal shell and good mobility. A total of 13,000 guns were built worldwide, with the Mark II being the most common variant in WWII. For transport, the 1,633kg howitzer was usually hitched to an ammunition limber (known as the "Trailer, Artillery, No 27") containing 32 rounds.