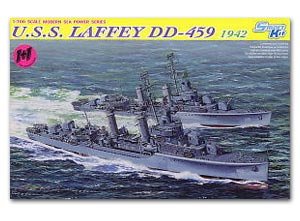 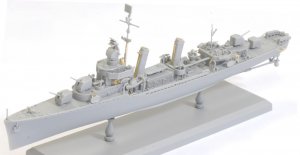 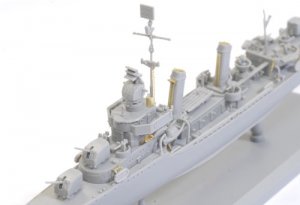 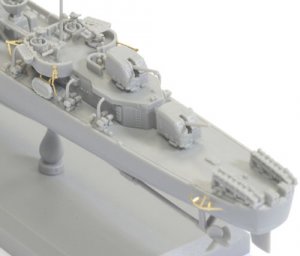 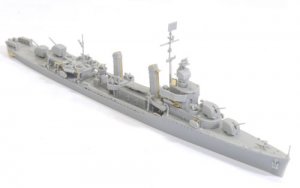 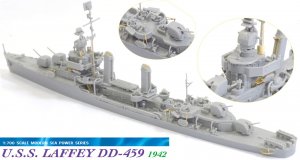 U.S.S. Laffey DD-459 1942 The USS Laffey (DD-459) was commissioned on 31 March 1942 and was dispatched to the Pacific. It helped rescue survivors from the USS Wasp, before later engaging in a fierce battle near Guadalcanal. In the battle on 13 November 1942, Laffey took on a Japanese battleship and two destroyers at point-blank range before succumbing to the enemy’s superior gunfire. The USS Laffey was sunk with heavy loss of life. On the other hand, the USS Woodworth (DD-460) was commissioned one month after the Laffey. Serving in the Pacific theater, the USS Woodworth had a busy time in numerous engagements with Japanese aircraft, a cruiser, destroyers, ground artillery and a submarine. After surviving the war, this destroyer was subsequently transferred to the Italian Navy.