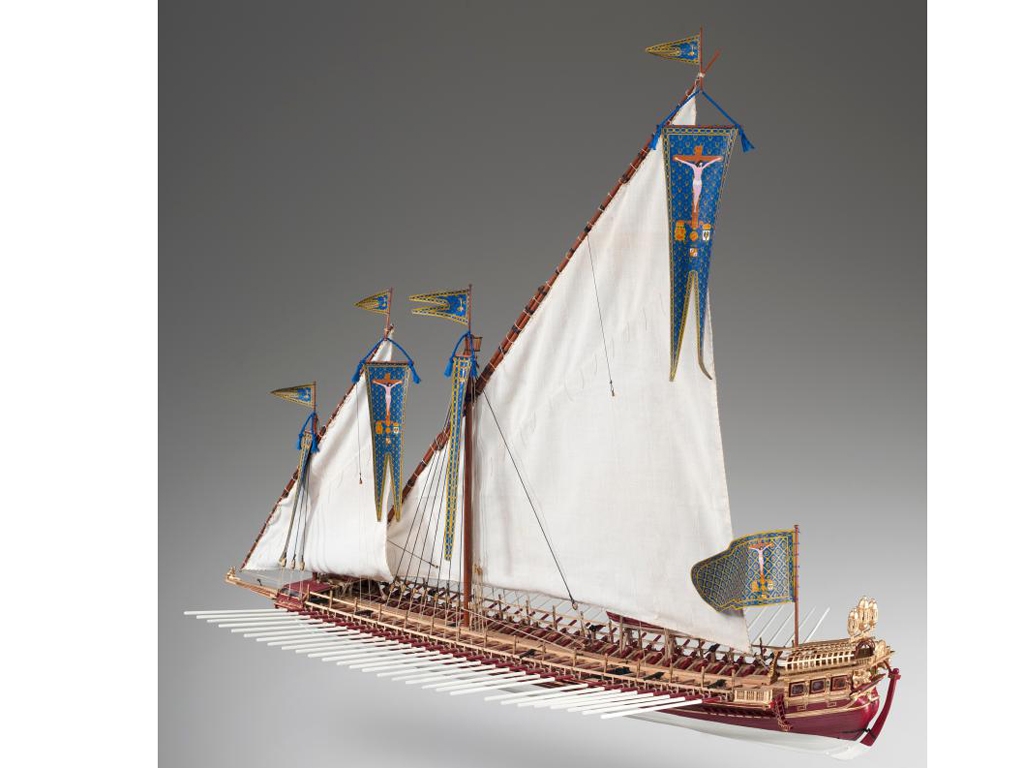 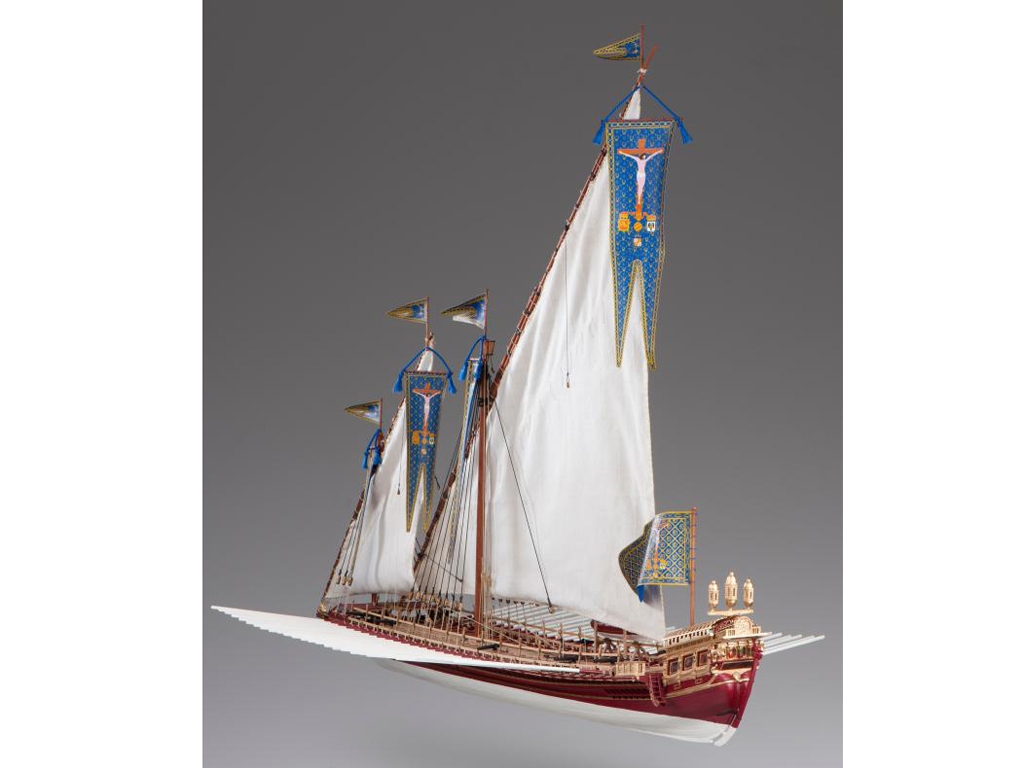 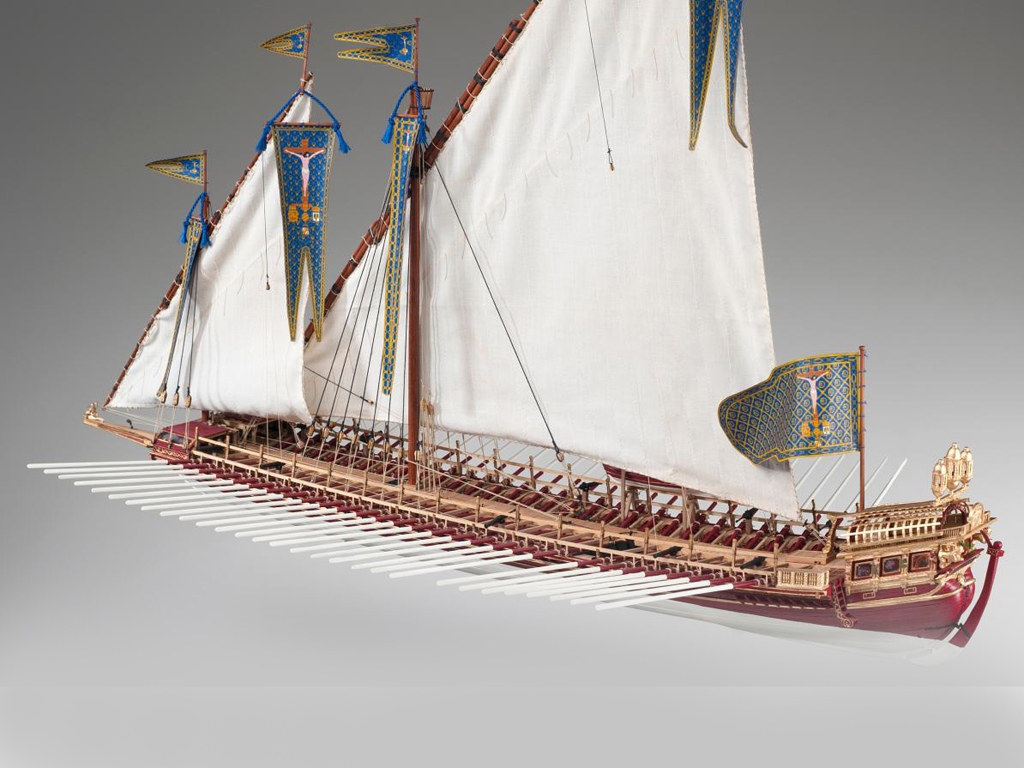 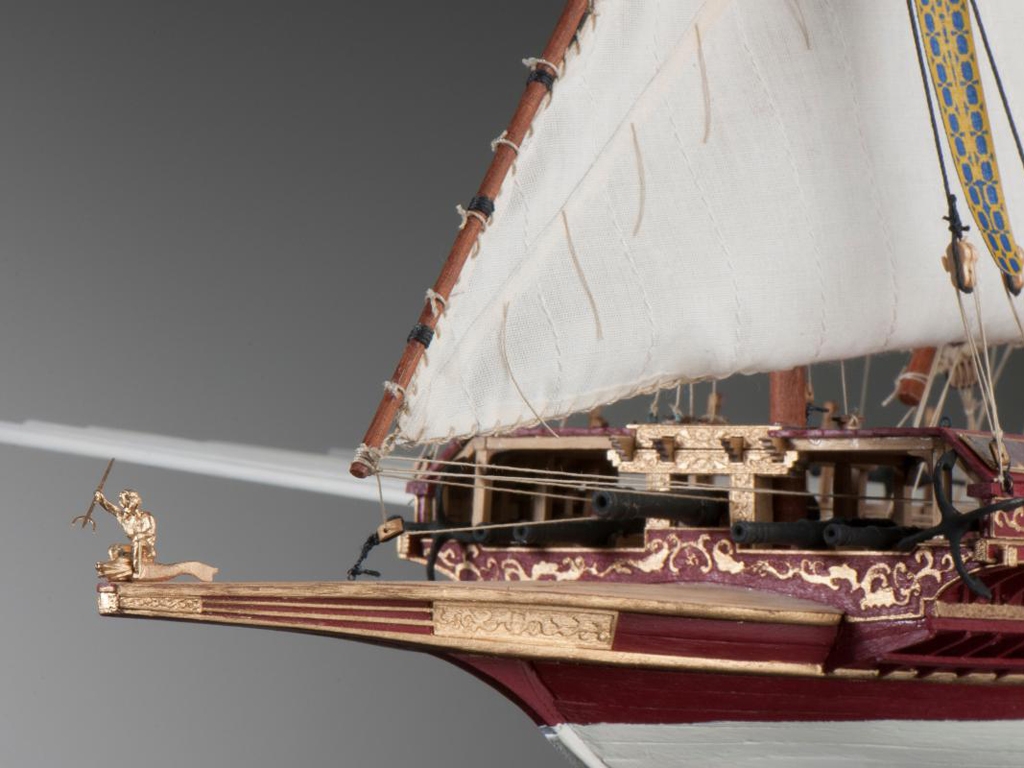 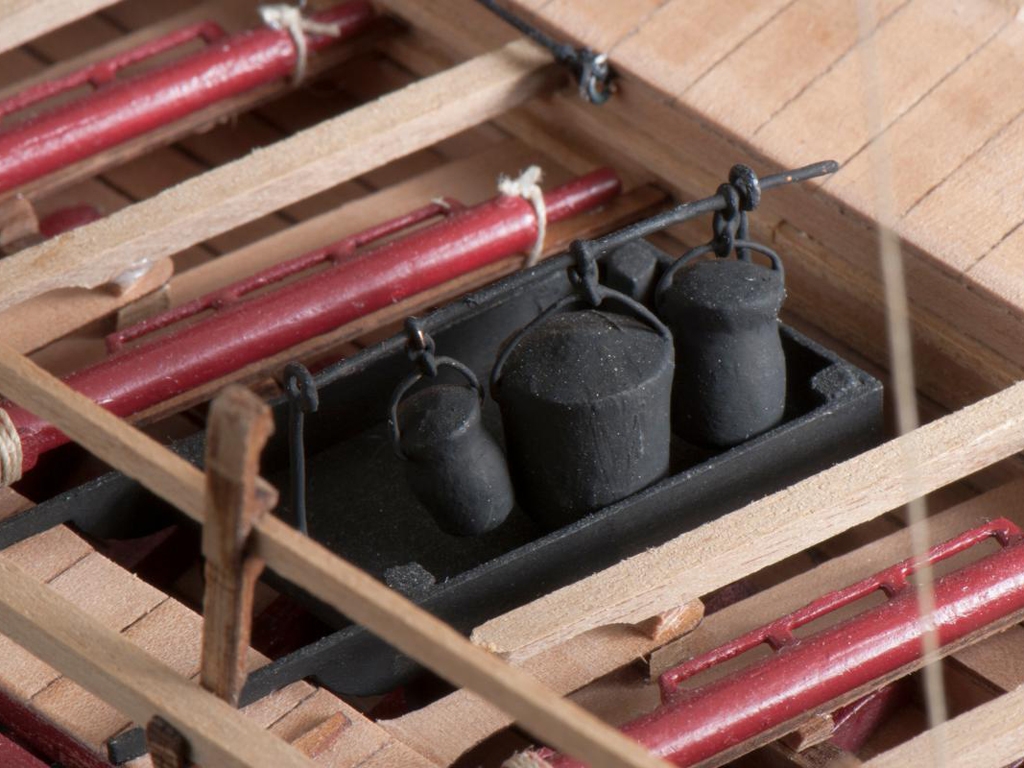 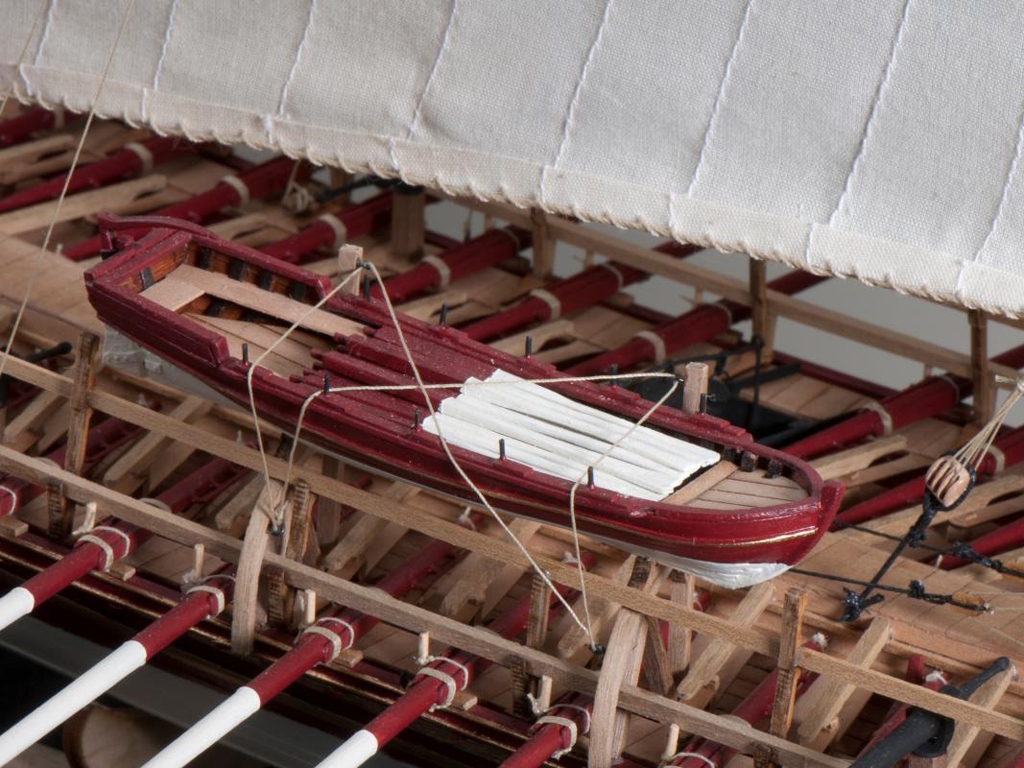 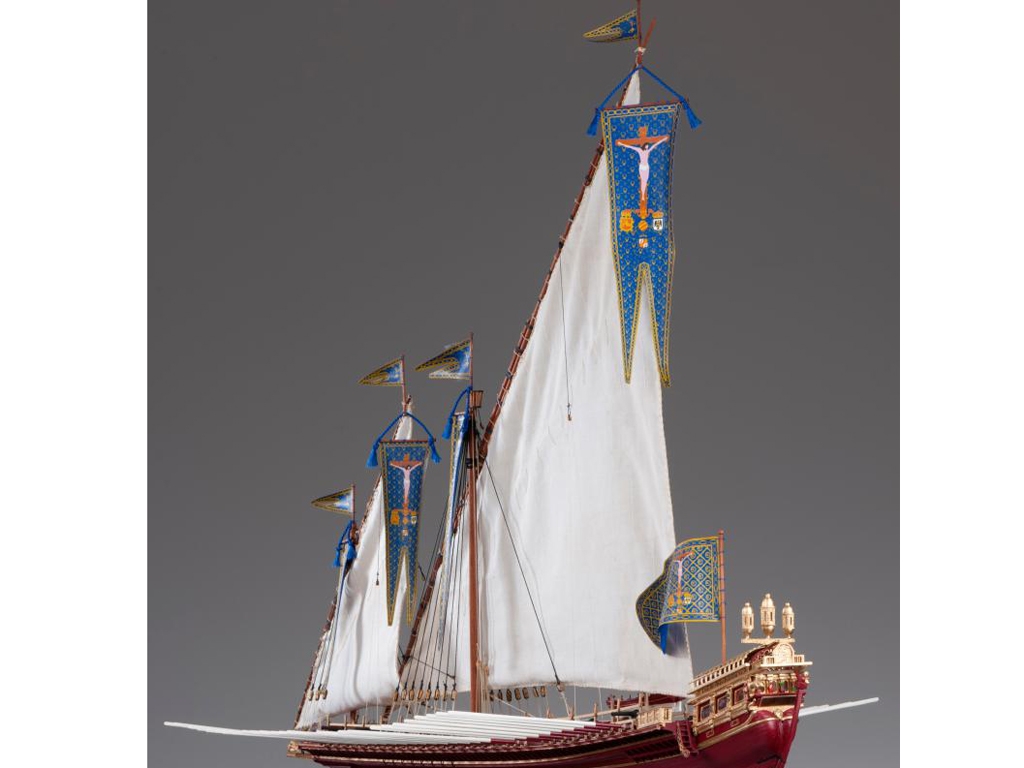 La Real Scale: 1/72 Length: 795mm, Width: 380mm, Height: 640mm La Real, built in Barcelona at Royal Shipyard, was the flagship of Don Juan de Austria during the battle of Lepanto in 1571, Battle of Lepanto was the Largest battle between galleys in history, in which a Christian fleet of the Holly League defeated an Ottoman fleet under admiral Ali Pasha. In 1971, a replica of La Real was built and displayed in the Museu Marítim in Barcelona.

Qty.
Naval - Barcos Madera - Dusek Ship Kits
Volver al listado
www.ecomodelismo.com use your own and third-party cookies to have the best browsing experience. If you keep browsing we understand that you accept our cookie policy.  Ver