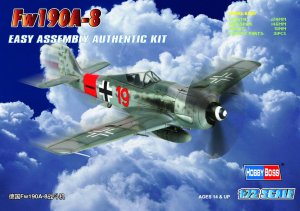 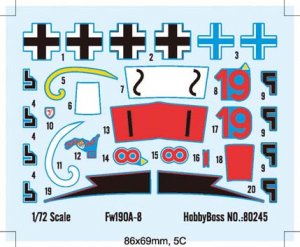 Fw190A-8 The Focke-Wulf Fw190 was a single-seat, single-engine fighter aircraft of Luftwaffe, and one of the best fighters of its generation. Used extensively during the WWII, over 20,000 were built, including around 6,000 fighter-bomber models. Production ran from 1941 to the end of war, during which time the aircraft was continually updated. The Fw190 A-8 entered production in February 1944, it was stronger armor and armament version. As the result, at least 1334 A-8 series planes were built.