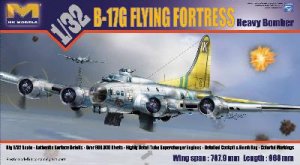 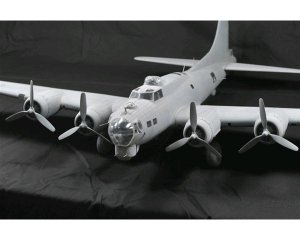 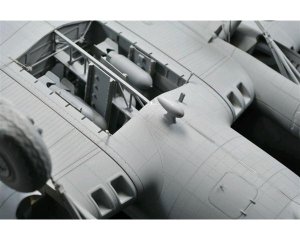 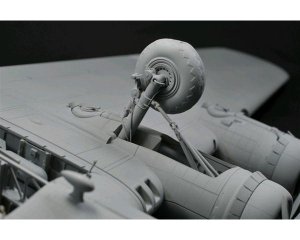 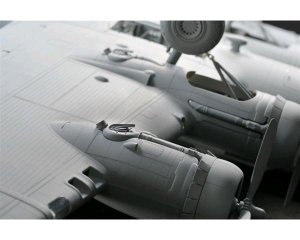 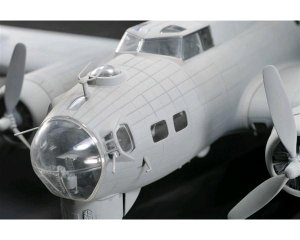 B-17 Flying Fortress One of the most combat aircraft, America's first all-metal, four-engine heavy bomber aircraft - Boeing B-17 Flying Fortress was primarily conduct in the daylight precision strategic bombing campaign of WWII against German industrial and civilian targets. Participated into War of the Pacific against Japanese airfield and shipping. Because of their long-range capability, formations of B-17 often flew into battle with no fighter escort, The model G carried 13 0.5 calibre machine guns. It's own defensive capabilities to insure a successful mission. By 1944 the B17's also had fighter protection in shape of Mustang fighter. Then B17 could concentrate on Luffwaffe's factories and Berlin. The bombing raid on Germany by 8th Air Force and RAF's Bomber command took the heart out of Germany's industrial production. By September 1944, out of the 1.5million tons of bombs dropped on Germany, B17 dropped 500,000 tons. And they fired 99 million rounds of ammunition during flights, that 20,000 German planes were destroyed, in total, over 12,000 B17 were built in the war and nearly 250,000 Americans experienced flying in them, 46,500 were either killed or wounded. However B17 is the significant bomber aircraft of WWII.

Qty.
Maquetas - Avion - Hong Kong Models
Volver al listado
www.ecomodelismo.com use your own and third-party cookies to have the best browsing experience. If you keep browsing we understand that you accept our cookie policy.  Ver