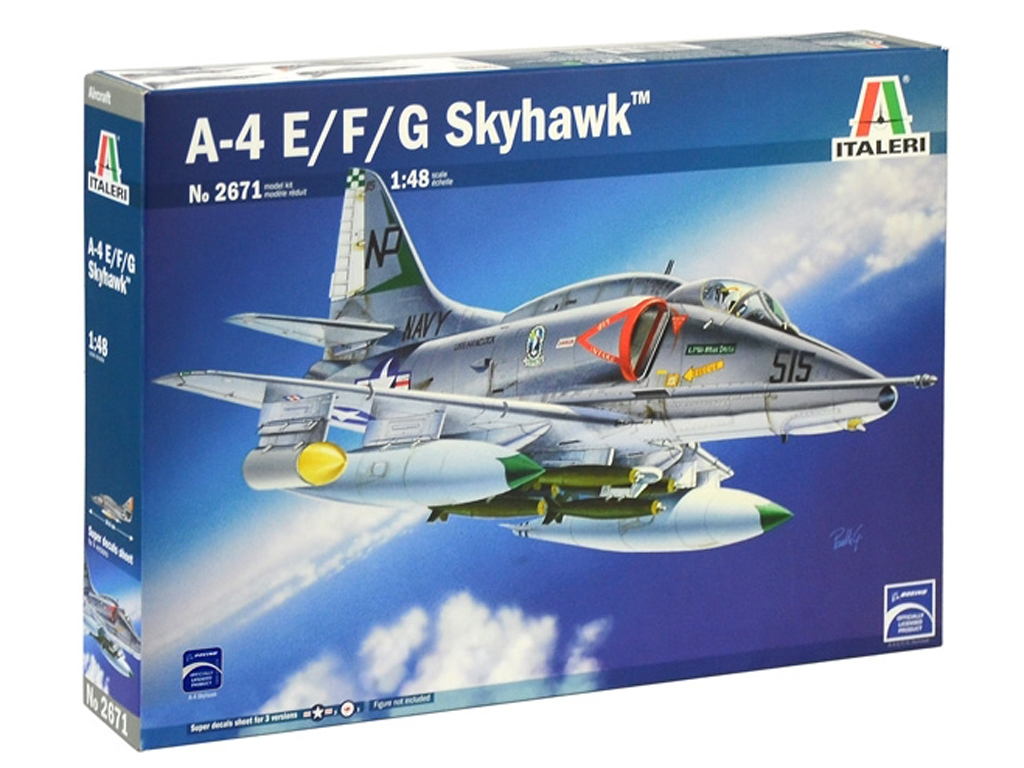 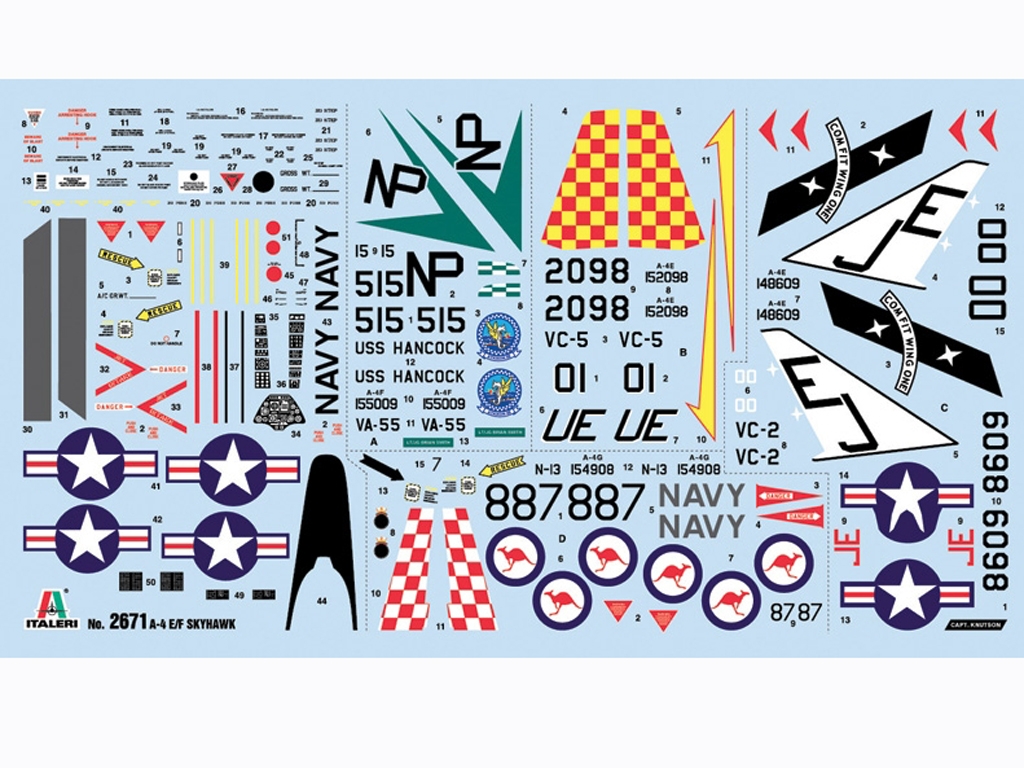 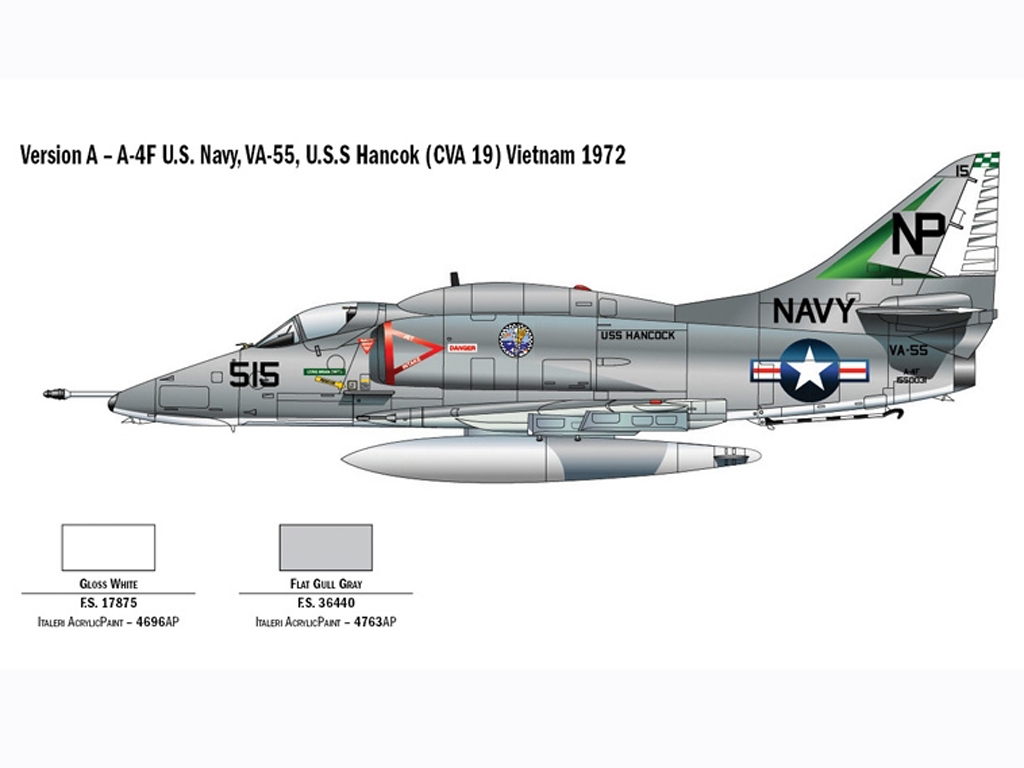 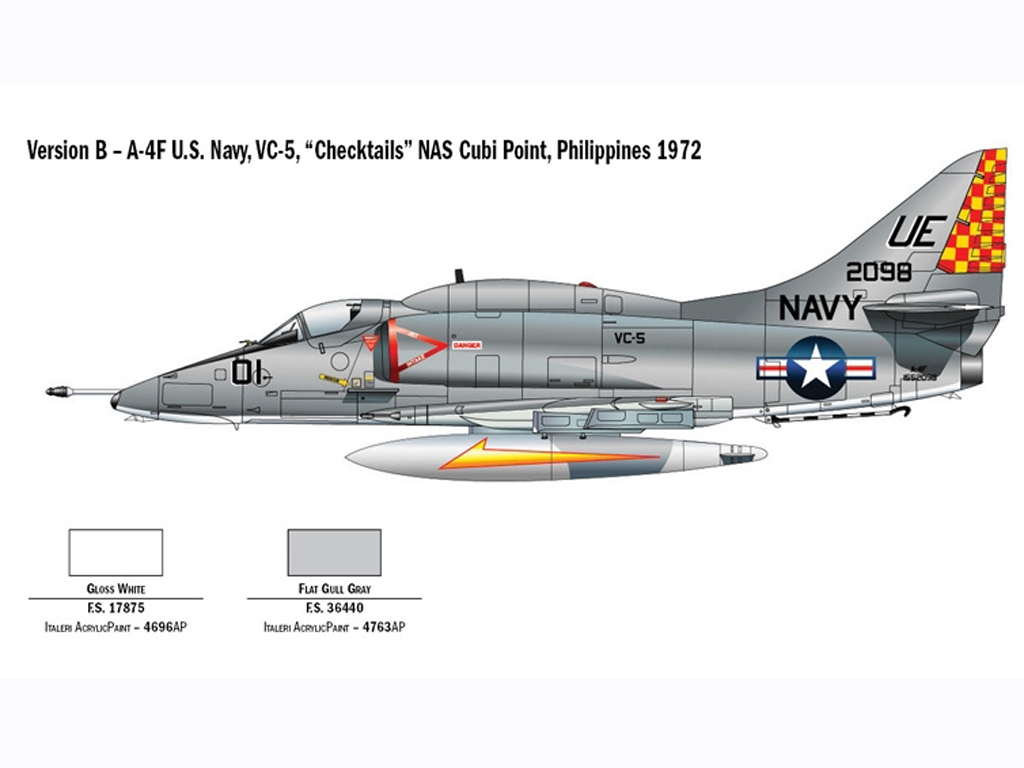 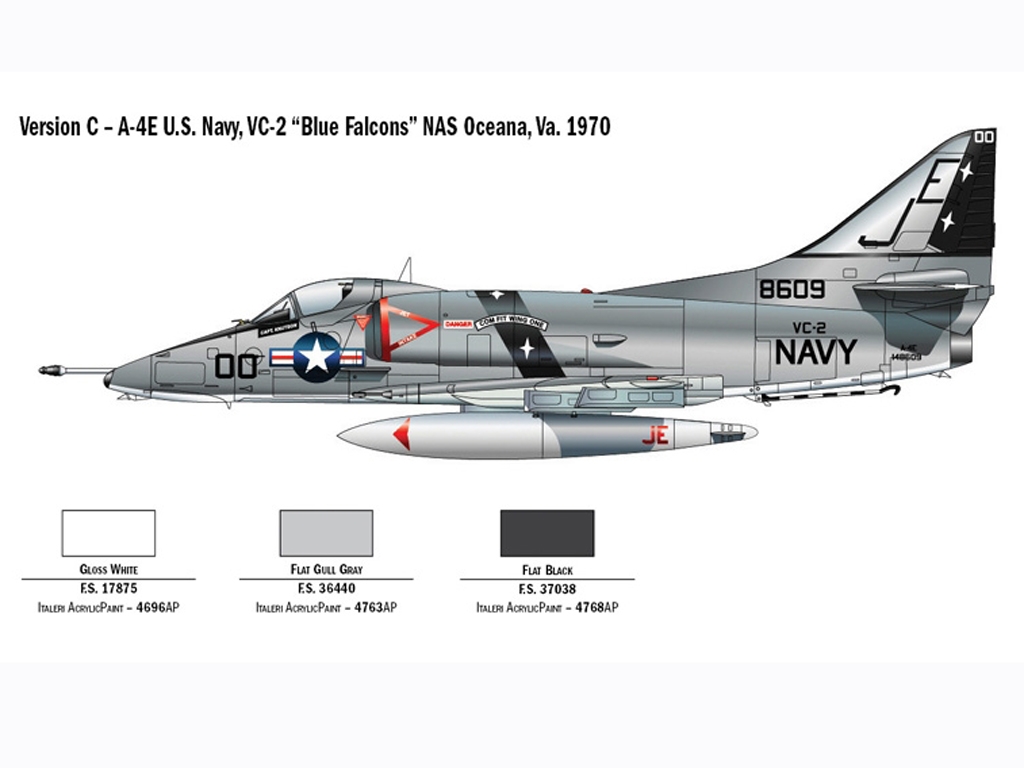 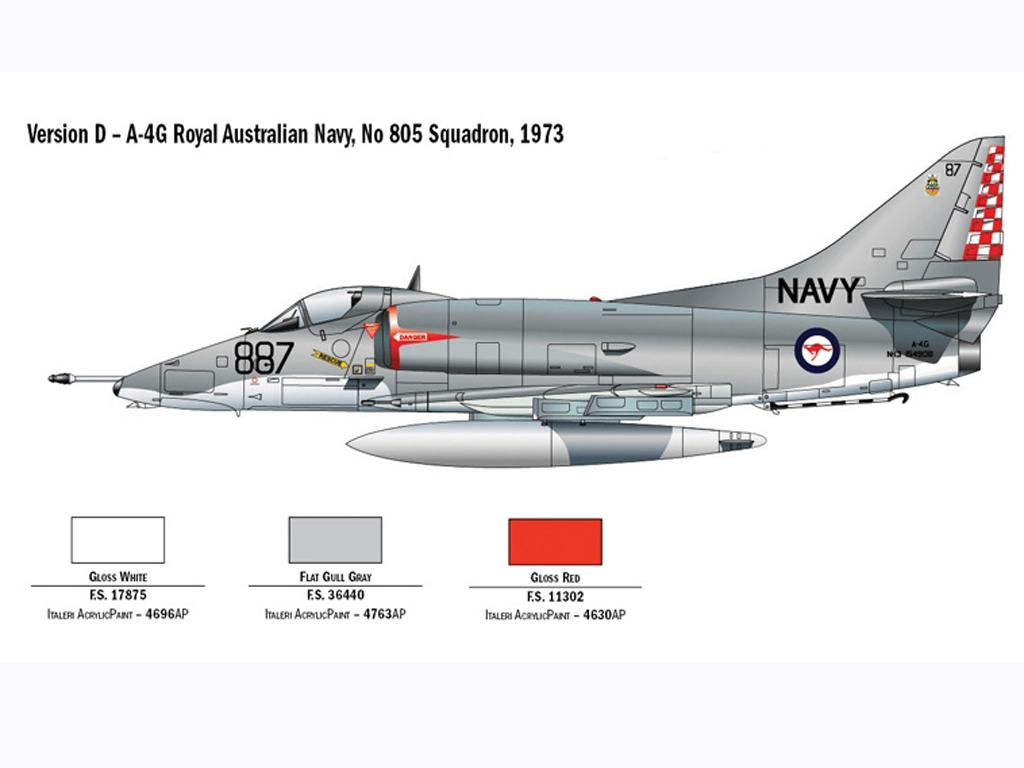 A-4E/F Skyhawk The Douglas A-4 Skyhawk was developed in the 1950s and was one of the most famous light attack aircraft in the aviation history. Its small and compact dimensions made it extremely maneuverable and ideal for use on the aircraft carriers. It was characterized by the low-mounted delta wing solution, the two small air intakes on the fuselage sides, and the adoption of the single Pratt & Whitney J52 turbojet engine. It was armed with two 20 mm. guns and, thanks to its hard points under the wings and under the fuselage the Skyhawk was able to support a wide variety of air-to-air missiles, air-to-surface missiles, rockets and bombs. Thanks to its operational capabilities, the A-4 scored a good commercial success and has been adopted by several air arms around the world. In addition to United States, it was used, among others, by Australia, New Zealand, Kuwait and Israel.