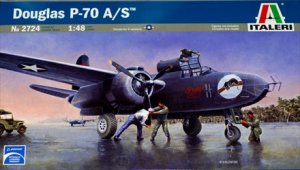 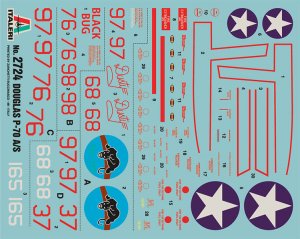 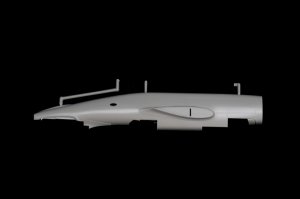 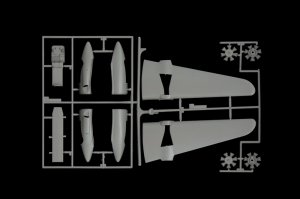 Douglas P-70 A/S The Douglas P-70 night fighter was derived from the famous and popular light bomber, middle-mounted wings, A-20 Havoc, produced in large numbers by the American company Douglas during World War II. The first units of the night fighter had been delivered in the second half of 1942 to meet the need for a long-range fighter in the Pacific theater. Powered by a pair of 1,600 hp Wright R-2600 Cyclone radial engines, the P-70 was able to reach and easily overcome 500 Km/h. The most relevant difference of P-70 was the glazed nose, painted black, with transmitting antenna of radar installation. The radar set – the most important tool to optimize the use of P-70s as a night fighters - was installed inside the nose and a more powerful armament, formed by four 20 mm cannons, was installed in a dedicated external package under the fuselage.