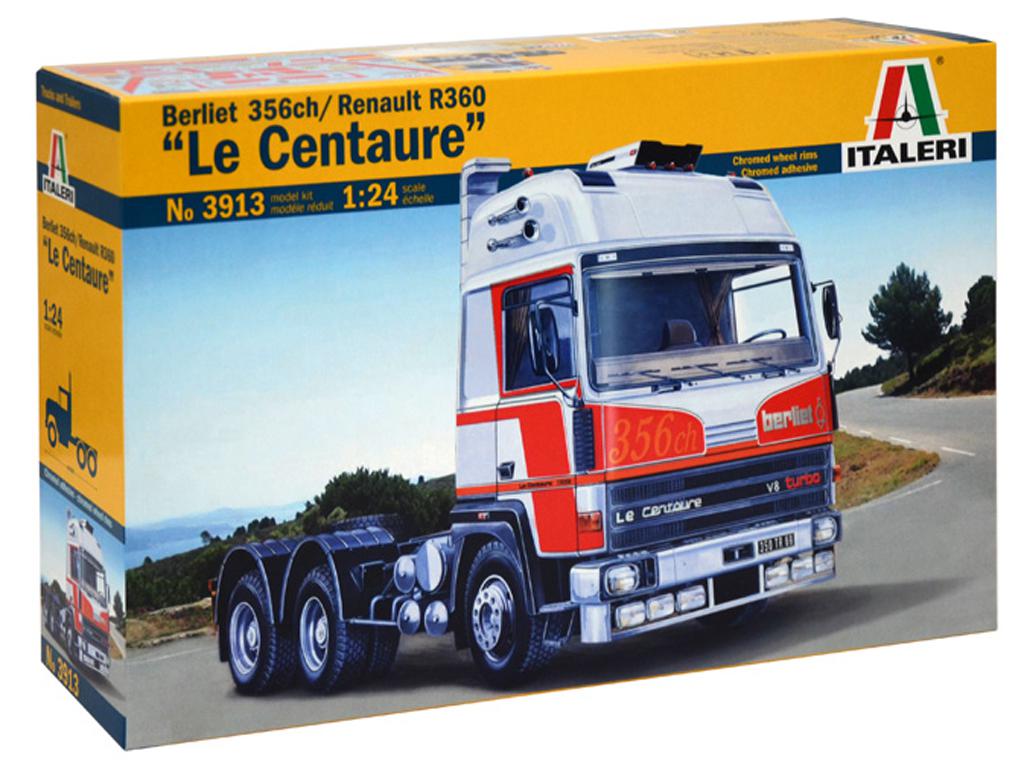 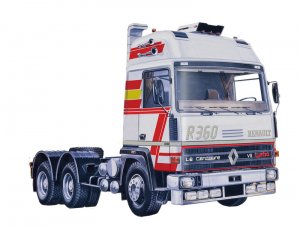 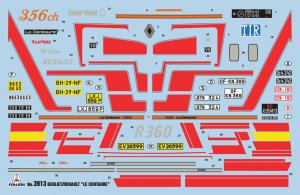 Berliet 356ch / Renault R360 "Le Centaur" has been presented as single unit “show truck” at the Paris Motor Show in 1978. The starting development point was the well-known Berliet TR 350 equipped with a 15-liter V8 turbo engine, with a power of 356 hp. The truck has been made on Marcel Benoit inputs with the goal to present, during the Paris exhibition, something able to create enthusiasm and something different from the standard vehicles present on the market, at that time. “Le Centaur” project brings the name of two people : the French designer Lucien Moge and the Jean Pierre Augier, the developer of Lamberet truck body. After 15 days of no-stop working, in the Lamberet bodywork factory, “Le Centaur” was born. Le Centaur was launched on the market in two different versions : the 356 Hp and the “smaller” 305 Hp. On 1980, for effect of the line-up merge between Renault and Berliet, “Le Centaur” adopt the Renault brand and changed progressively the commercial name : Berliet TR 356 and Renault R360.

Qty.
Maquetas - Camiones - Italeri
Volver al listado
www.ecomodelismo.com use your own and third-party cookies to have the best browsing experience. If you keep browsing we understand that you accept our cookie policy.  Ver