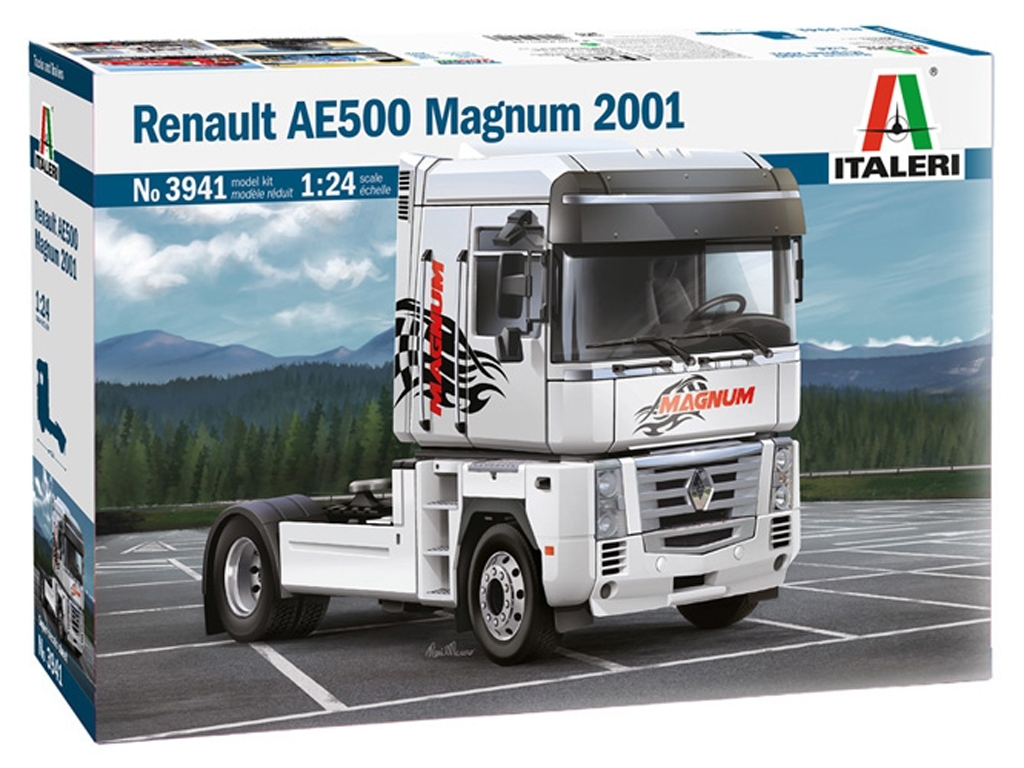 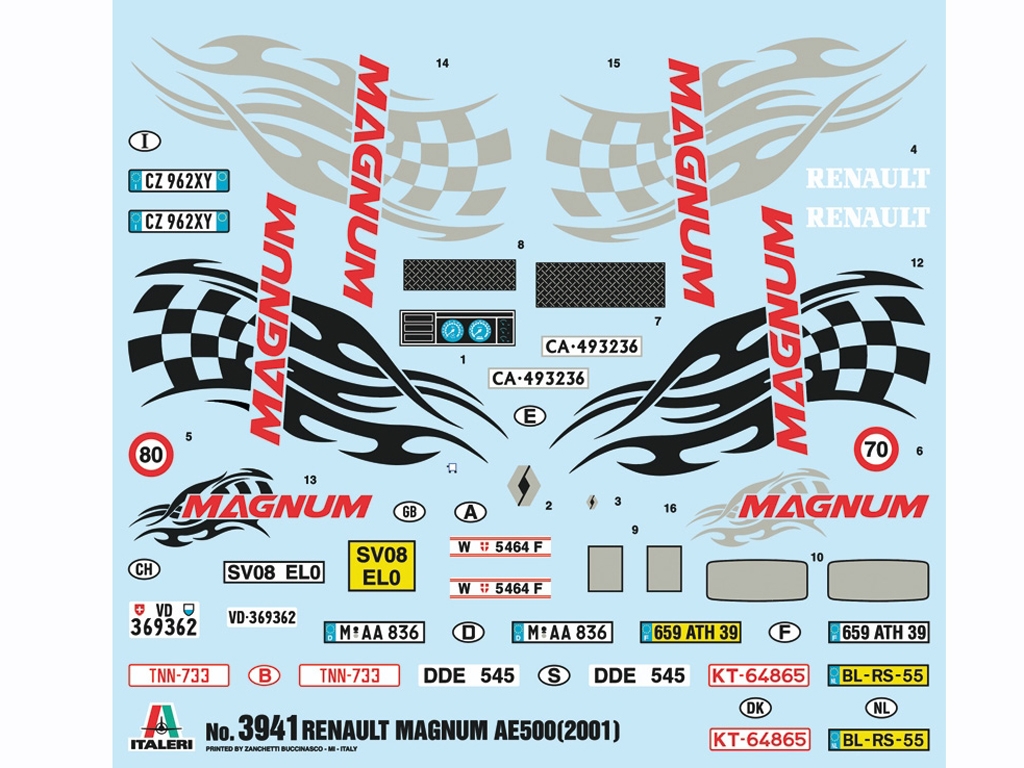 Renault AE500 Magnum 2001 Since the date of introduction on the market, in the 1990s, the industrial vehicles Renault Magnum range obtained a rapid commercial success with a lot of units sold. In 2001 the French Company presented a new version characterized by an extensive restilyng with a lot of improvement and changes, such as a new grill, a new roof spoiler, and a modified dashboard. The imporvemnts were realised to have a better commercial appeal and to be more in line with the changes in customers' needs. The engine has been re-designed to improved fuel-efficiency. The cabin, offering top comfort to the driver, can be tilted by almost 90° forward for maintenance and was in the top category as far as comfort is concerned.

Qty.
Maquetas - Camiones - Italeri
Volver al listado
www.ecomodelismo.com use your own and third-party cookies to have the best browsing experience. If you keep browsing we understand that you accept our cookie policy.  Ver