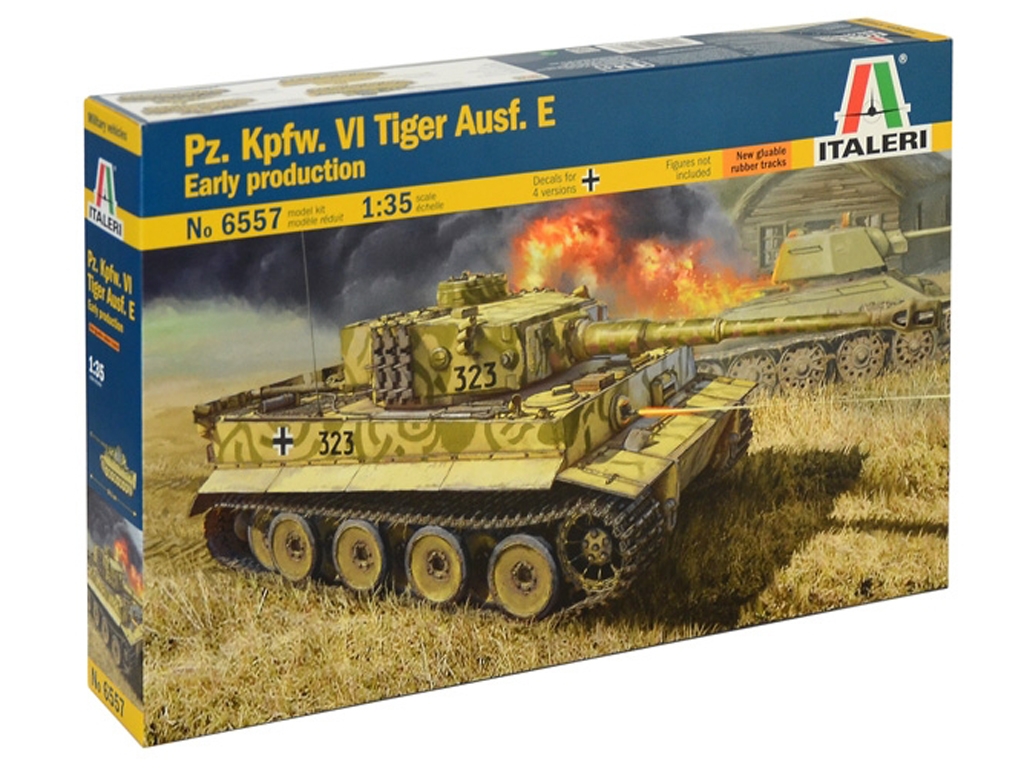 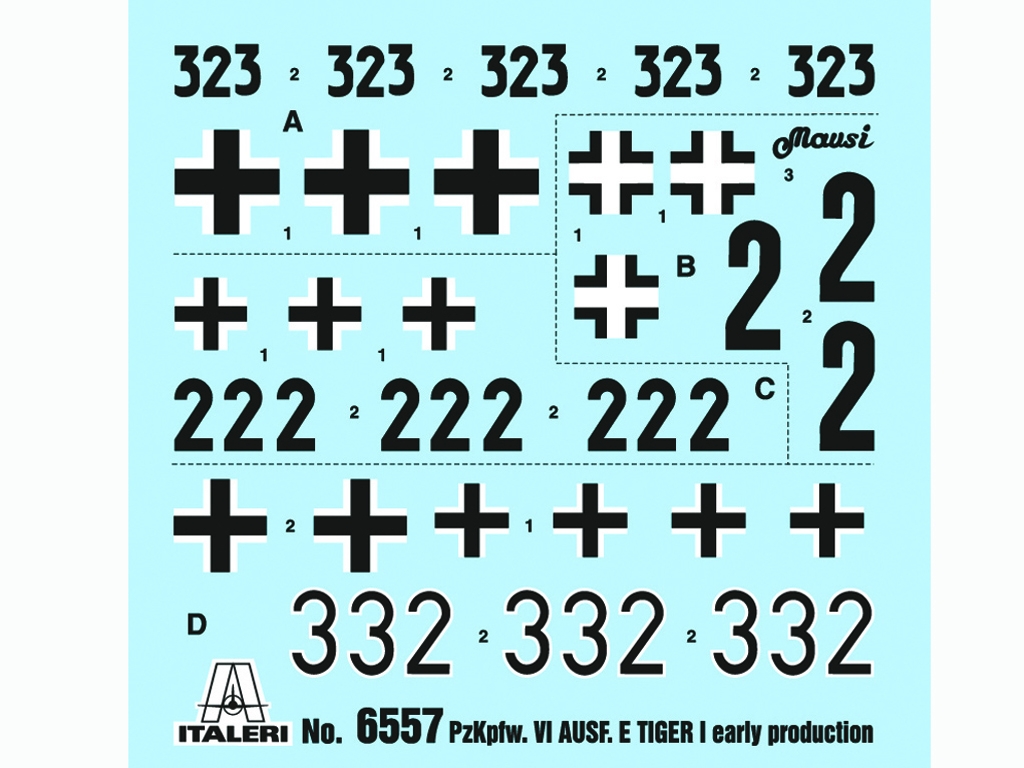 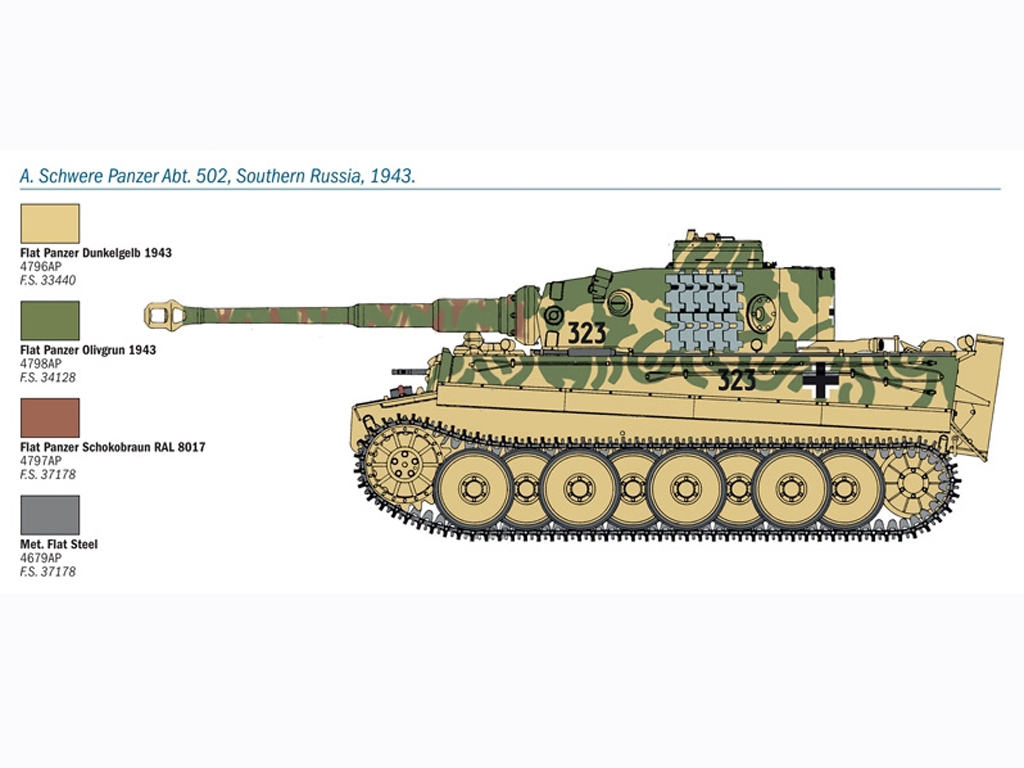 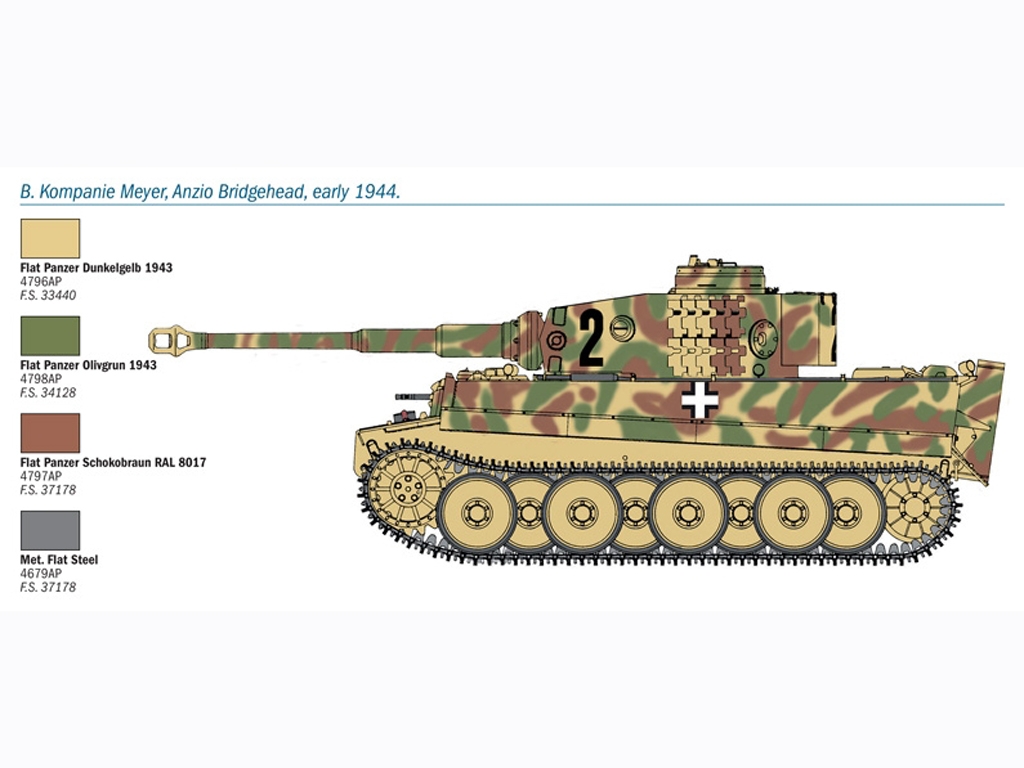 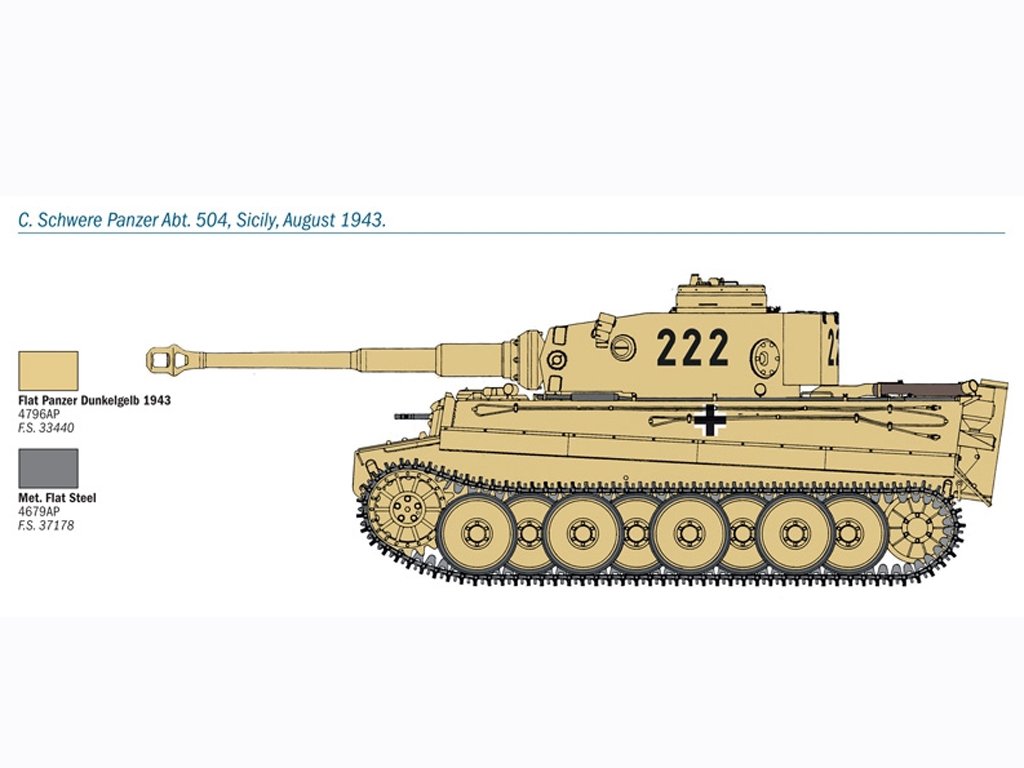 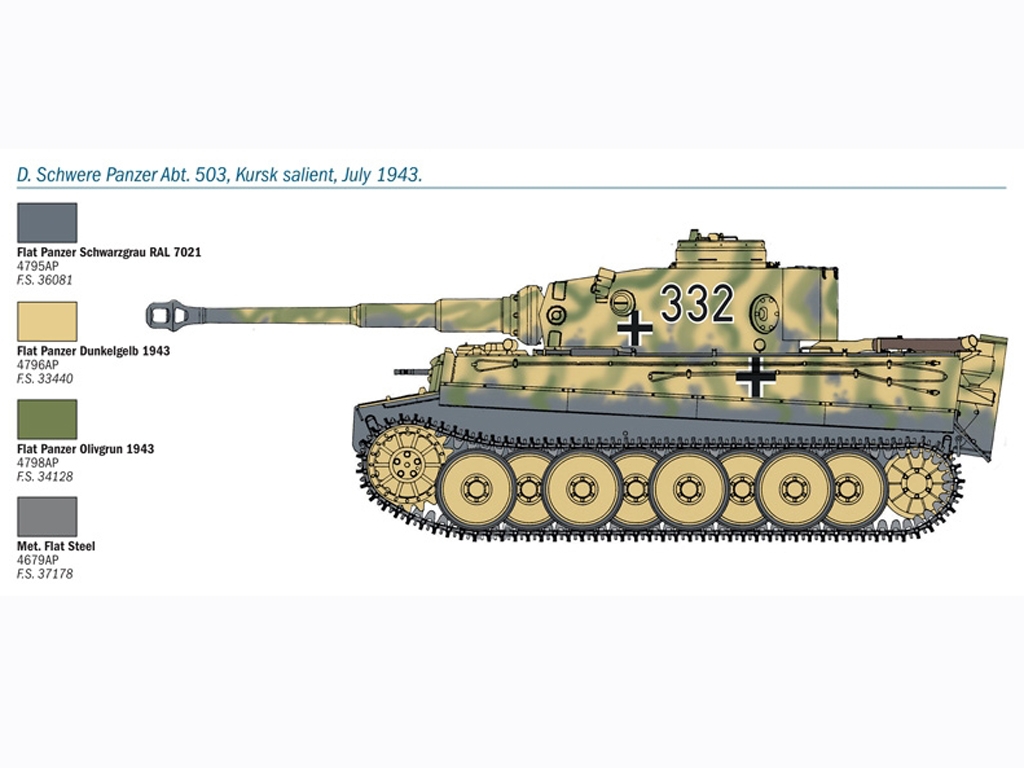 PZ. KPFW. VI Tiger Ausf. E The Panzerkampfwagen VI Ausf. E Tiger I is one of the most famous tanks of the Second World War. It was developed to provide to Wehrmacht Panzer Divisions an heavy armored, with a superior firepower, heavy tank able to flank the Panzer III and Panzer IV medium tanks no longer able to fight successfully against the new enemy tanks. The main armament was the famous and lethal antitank gun KwK 36 L/56 88 mm long barrel. The main gun was installed in the turret and protected by a 120 mm thick gun mantlet. It was able to penetrate, even at long distances, the armor of any kind of enemy armored vehicles of the time. The first Tigers went into action in September 1942 near Leningrad. After few months they were deployed to the Don Front in Russia. The first version produced took also part, in December 1942, to the German Military Operations in North Africa during the Tunisia campaign.

Qty.
Maquetas - AFV 1/35 - Italeri
Volver al listado
Desarrollado por De Cive
www.ecomodelismo.com use your own and third-party cookies to have the best browsing experience. If you keep browsing we understand that you accept our cookie policy.  Ver