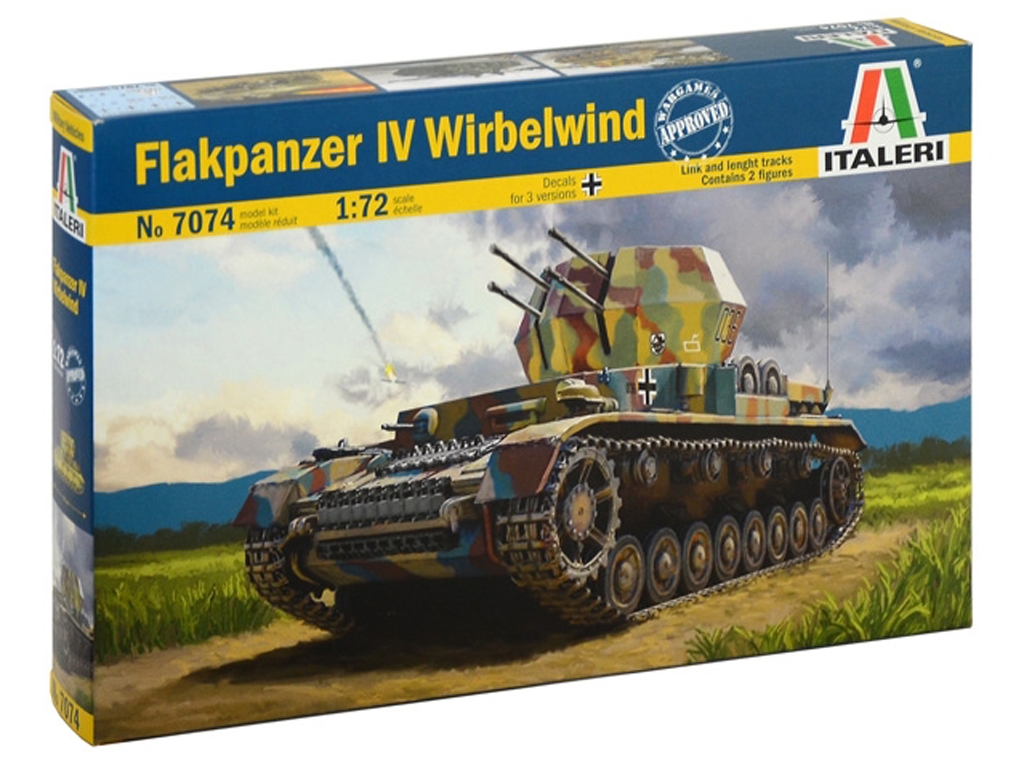 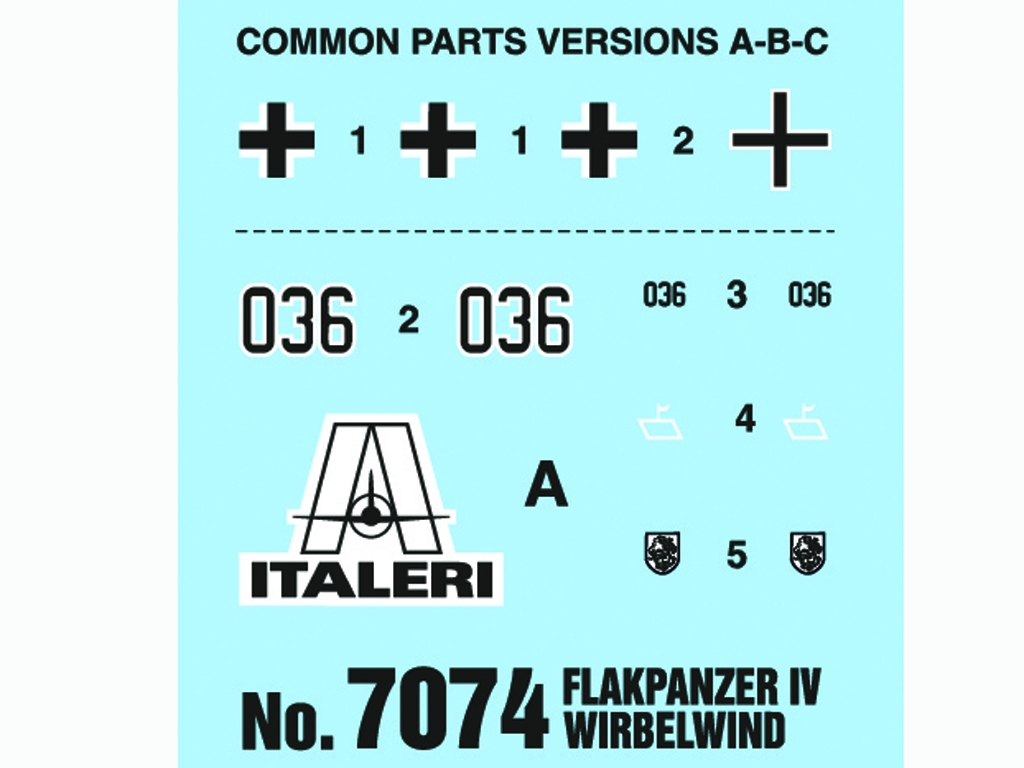 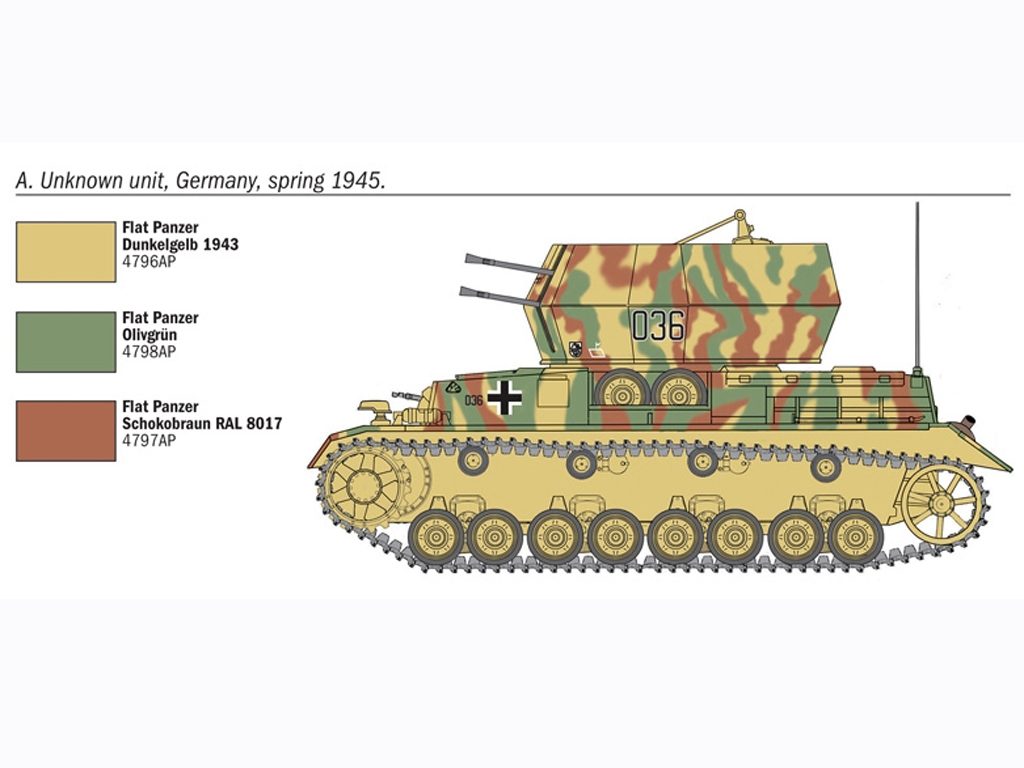 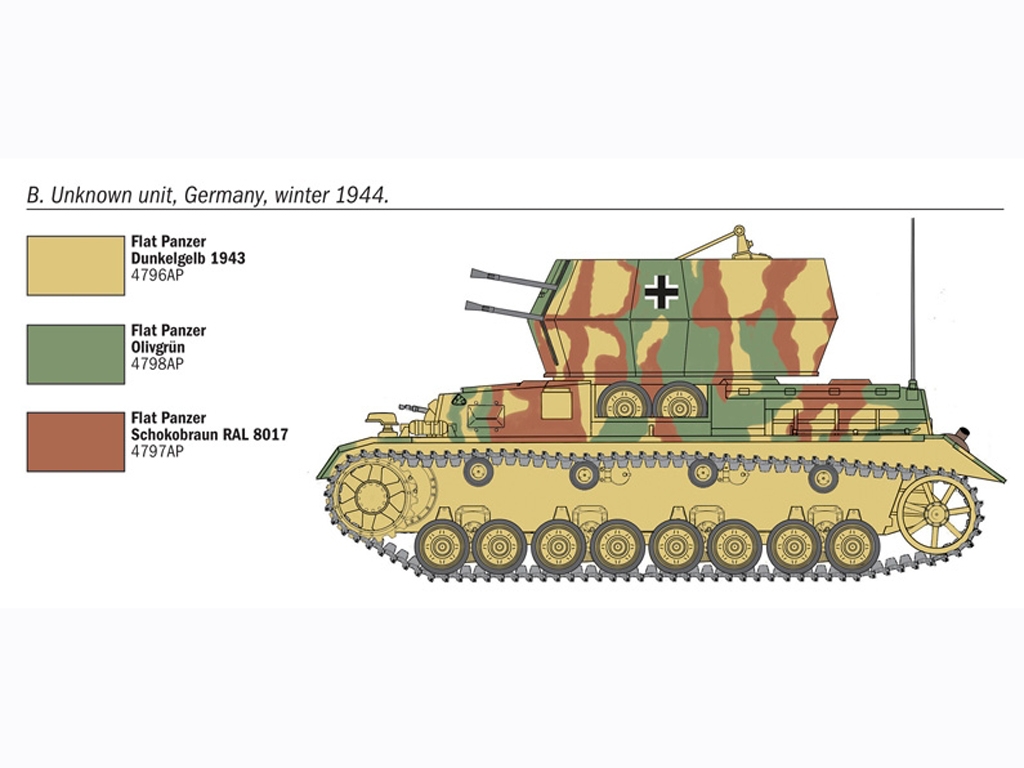 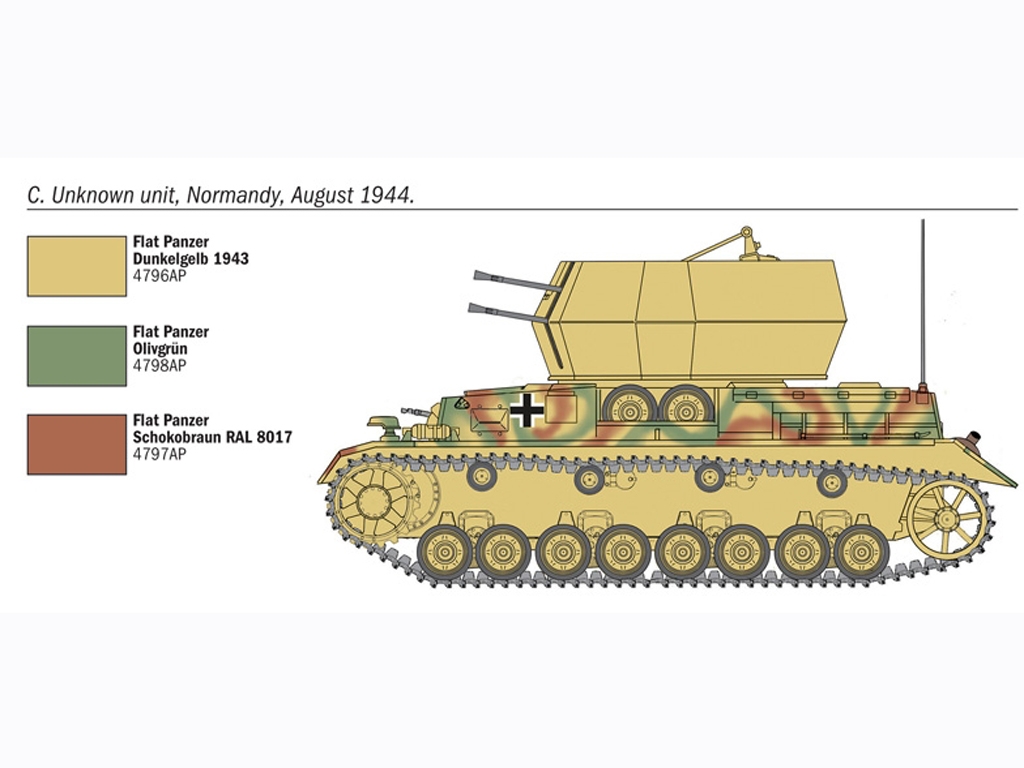 Flakpanzer IV Wirbelwinds The Panzer IV was the most extensively used German tank during the Second World War. It represented the “backbone” of the German Panzer Divisions on all operational theaters. Toward the end of the war, based on the Panzer IV hull, the self-propelled anti-aircraft gun Wirbelwind was developed to improve the air-defense capability of the ground troops against the Allied air-superiority. From the second half of 1944, the Flakpanzer IV Wirbelwinds were assigned to the anti-aircraft units of the German armored and motorized divisions. The Panzer IV’s turret was removed and replaced with an open-top turret and armed with a quadruple 20 mm Flak 38 L/112.5, which provided a rapid fire and good firepower. The Wirbelwind was quite effective against low-altitude attacks of enemy fighters, but it was also used against lightly armored ground targets such as infantry, trucks and armored cars.

Qty.
Maquetas - AFV 1/72 - Italeri
Volver al listado
Desarrollado por De Cive
www.ecomodelismo.com use your own and third-party cookies to have the best browsing experience. If you keep browsing we understand that you accept our cookie policy.  Ver