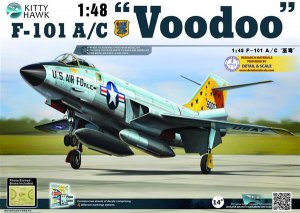 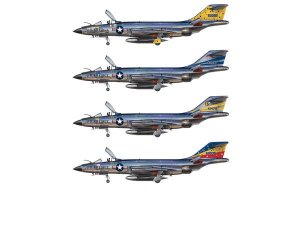 F-101 Voodoo The McDonnell F-101 Voodoo was a supersonic jet fighter which served the United States Air Force (USAF) and the Royal Canadian Air Force (RCAF). Initially designed by McDonnell Aircraft as a long-range bomber escort (known as a penetration fighter) for the Strategic Air Command (SAC), the Voodoo was instead developed as a nuclear-armed fighter-bomber for the Tactical Air Command (TAC), and as a photo reconnaissance aircraft based on the same airframe. Extensively modified versions were produced as an all-weather interceptor aircraft, serving with the Air Defense Command, later renamed the Aerospace Defense Command (ADC), the Air National Guard, the Royal Canadian Air Force and the unified Canadian Forces after 1968.