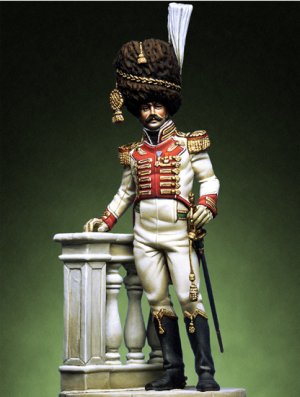 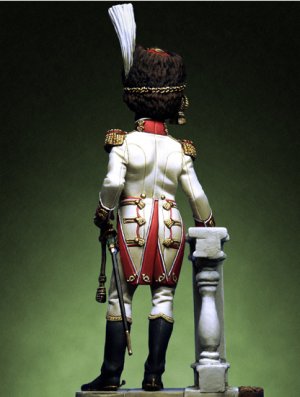 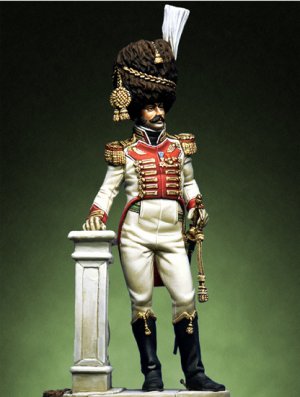 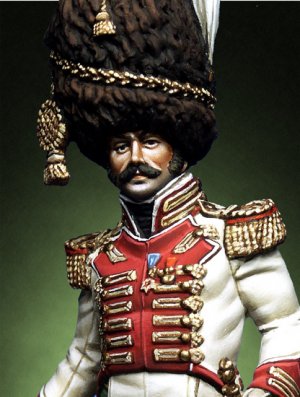 Colonel of 2nd rgt. "Veliti della Guardia" Naples Kingdom 1814-1815 After the conquest of Naples Kingdom on 1806 following the example of the "Grande Armée". Napoleon introduced in the brother Joseph's army an elite Guard Corp, requested to enter in action to resolve difficult battles. Guard Infantry was composed of a Grenadiers regiment and a Voltigeurs battalion, light men who had to surround enemy, while Grenadiers must mainly bear the battle fury. In the battalion of Voltigeurs one company was formed by the selected chasseurs "City of Naples", named Veliti which were separated on 1808, to form the 1st Veliti della Guardia. By a decree on 7 July 1808 the Voltigeurs battalion became the 2nd regiment of Veliti della Guardia, composed by a Staff and two battalions of eight companies each. On 1812 a battalion of 1st Veliti and a battalion of 2nd Veliti created a provisional regiment commanded by Colonel Larroque, from 1st regiment. These men set off for Russian campaign, where proudly fought near Kilna on 11 December 1812, but come back almost destroyed. The 2nd Veliti fought again in the Saxe campaign of 1813, and against Austrian in northern Italy on 1815, when Neapolitan army of Murat was definitively disbanded.