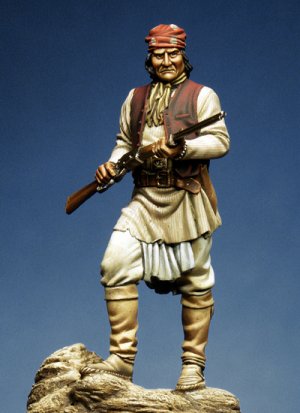 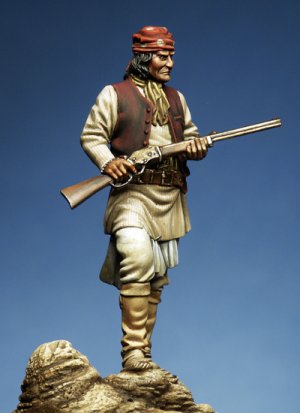 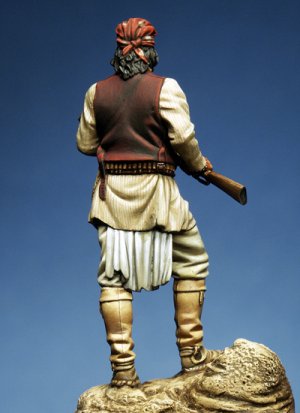 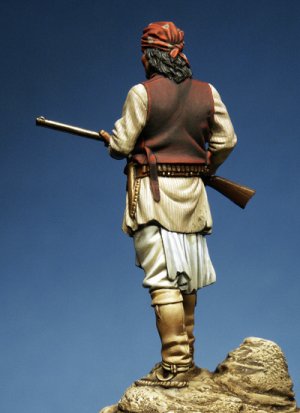 Geronimo 1829 – 1909 The Apaches had this name from ápachu,”enemy”,the Zuñi name for the Navaho, but they call themselves N'de, Dĭnë, Tĭnde, or Inde, the people. Apache were nomadic group of tribes, the most known Mescaleros, Jicarillas, Lipan, Chiricahua, Pinaleños, Coyoteros, White Mountain, Arivaipa, Gila Apache, Mimbrenos, Tontos, forming the most southerly group of the Athapascan family. Goyaalé(in Apache language "one who yawns"), spelled in English Goyathlay, had his new name Geronimo by Mexican soldiers, though it’s not sure the reason why. He was born in June, 16, 1829, near Turkey Creek, in a territory actually Arizona or western New Mexico, which was still under Mexican control. He was of the Bedonkohe band of Apaches, not a hereditary chief, but later he became a leader of Chiricahua, a medicine man and a prophet. During his youth, Goyathlay had a quiet life, without close contacts with whites. On March 5 of 1851 (but other sources give 1858), when Geronimo and other Bedonkohe members were in Mexico for trading, 400 soldiers of Sonora attacked the Apache village, killing all the women and childes, included the mother, the wife and the three sons of Geronimo. After this tragedy, he claimed vengeance and fought against Mexicans and later U.S. troupers, terrorizing the settlers of territories bordering USA and Mexico. When the Chiricahua were forcibly removed on 1876 to the reservation of San Carlos in eastern Arizona, Geronimo fled with a band of followers into Mexico. He was soon arrested and returned to reserve., until 1881, when he returned to war activities from a secret camp in the Sierra Madre Mountains. Sensationalized press reports exaggerated Geronimo's activities, making him the most feared Apache. The last few months of the campaign required over 5000 soldiers and 500 scouts, and perhaps up to 3000 Mexican soldiers to track down Geronimo and his band. Geronimo surrendered on March 25, 1886 to Gen. George CROOK, but he fled again, finally surrendering to Gen. Nelson MILES on September 4, 1886, finishing last significant Indian guerrilla action in the United States. The government transported Geronimo and nearly 450 Apache men, women, and children to Florida in Forts Marion and Pickens, then at Mont Vernon in Alabama, and in 1894 they were removed to Fort Sill in Oklahoma. Geronimo was introduced in public, he met also President Roosevelt, but he was considered still as prisoner of war, when he died on February 17, 1909.

Qty.
Figuras - Oeste - Romeo Models
Volver al listado
www.ecomodelismo.com use your own and third-party cookies to have the best browsing experience. If you keep browsing we understand that you accept our cookie policy.  Ver