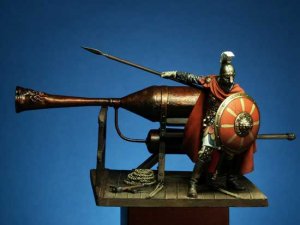 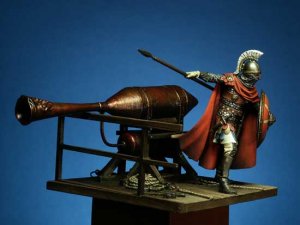 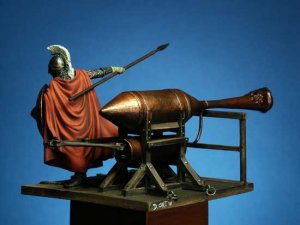 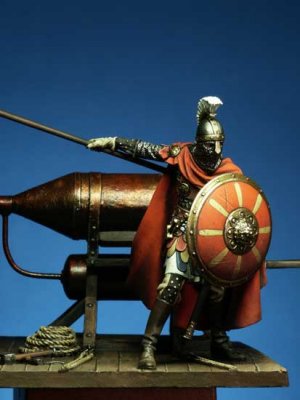 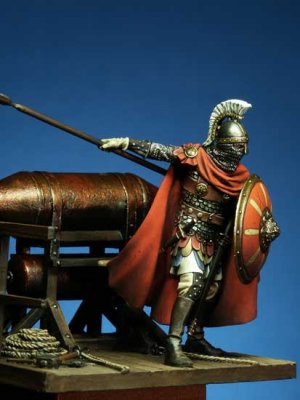 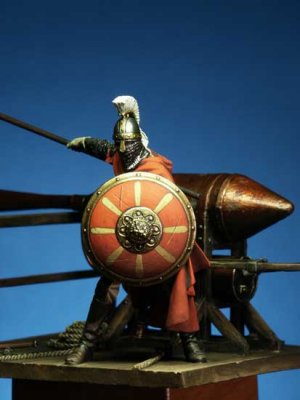 The Greek fire In 717 a.C. a deadly weapon saved Byzantium from the siege of the Muslims, a type of fire that, once started could not be put out by water or by sand. The formula of this predecessor of napalm was a secret. The inventor of this powerful flammable mixture was Callinico of Heliopoli. The flames were thrown through siphons mounted on the forecastle deck of the ships. The scene reproduces a bronze siphon installed on a Byzantine dromon, a ship about forty meters long. The model of the siphon was constructed by Professor Nikos Orphanoudakis and it derives from descriptions in Arab and Chinese fonts. The figurine represents a strator, an officer, belonging to an elitist regiment (Opsikion) inspired by a fresco that goes back to the VIII century and still exists in the church dedicated to Saint Mary Antique in Rome. The strator wears a riveted iron helmet, with white crest and a mask in chainmail. The composite scaled armour, has parts in reinforced linen, pteruges, coloured in white, while the chest protections are in bronze. The belt, balteo, is made out of leather with golden decorations.