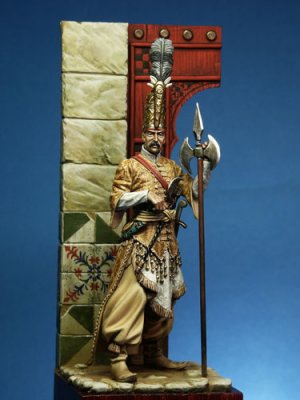 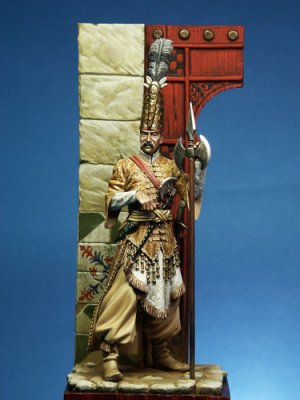 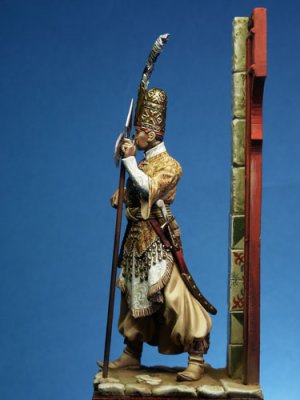 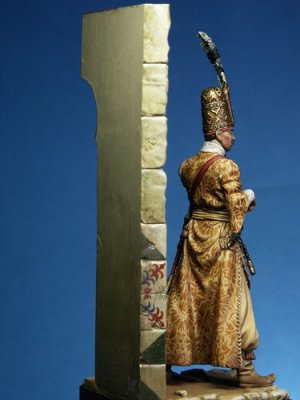 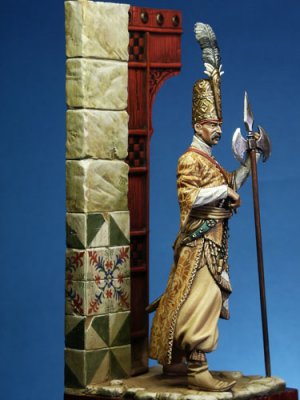 Peyk - Sultan's Messenger Peyk means postman or courier in Persian language but in Ottoman military terminology, the term is used for the pedestrian messengers who carries the orders and letters of Ottoman Sultan to long distances by walking and running. They were always preferable to equestrian messengers because they had advantages to horses. Unlike the horses, they could travel during night and could eat or drink when walking or running. An experienced peyk could walk approximately 16 - 18 hours non-stop with a stabile speed of 7-8 km. per hour. Peyk candidates were chosen at the age of 5-6 and trained in a strict discipline. Besides the special diets and heavy exercises to increase their strenght and endurance to travel long distances, they were also trained to survive and fight with sword and axe. At the age of 17-18, all candidates were tested in various hard conditions and the successful ones were accepted to Ottoman Palace as Peyk with high salaries. Having a Peyk in his service was a privilege in Ottomans. Only the Sultan and his governors commanding the outer states of the Empire could have Peyk. These messengers had original headgear, clothings and weapons. The cloths were richly decorated but comfortable. The most characteristic part of the Peyk’s clothing was the small rings , rattles or metal buttons in the front skirt of his jacket. When Peyk was walking or running, the rattles were ringing as a sign of his arrival. The people who hear this voice was opening him the road, giving him priority on his trip or supporting him by giving water or food. The rattles had another important function; their periodical ringing were helping him to concentrate and catch a rythm when running or walking. The typical weapon and also a symbol of Peyk was Teber, a double-sided spear-axe with half moon or crescent shaped blades. It was useful both as a weapon and a walking stick in his long trips.