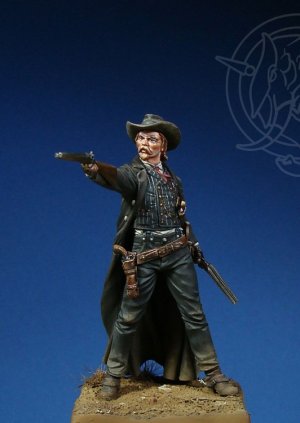 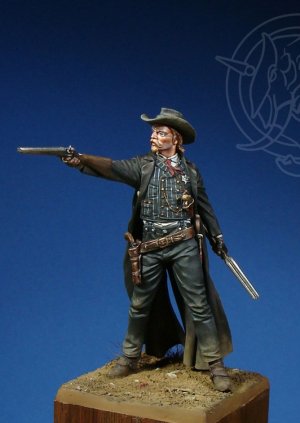 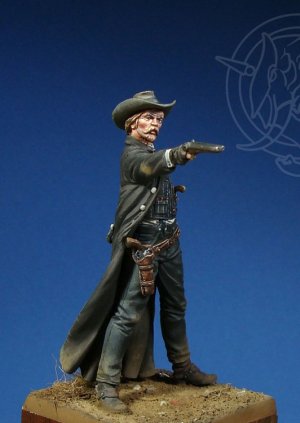 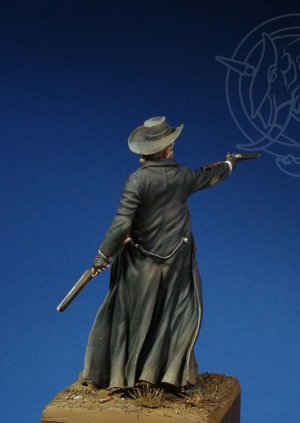 City Marshall - 1870 Keeping law and order in the American frontier towns was a difficult task. As there was no respect for authority, rules were imposed by lawmen thanks to their ability in the use of firearms. It wasn’t a rare occurrence for communities to elect former outlaws or adventurers to defend them – men wishing to change their lifestyle and use their guns and fighting skills in the service of the law. There were three levels in the hierarchy of Western lawmen: the city marshal, the county sheriff, and the U.S. marshal, the latter being a federal officer. In the untamed territories of the south-west, along the boundary between Mexico, Texas, New Mexico and Arizona, where government organisation of the county system was rudimentary or inexistent, the upkeep of the law was in the hands of Rangers. The City Marshal was the head of the police force and was assisted by a deputy and some policemen. If necessary, he was authorised to temporarily assign police duties to ordinary citizens. He was appointed by the local administration to enforce the law within town limits. He and his men reported directly to the Mayor. The County Sheriff, helped by a group of deputy sheriffs, was responsible for keeping law and order in the county territory, and his competence extended to the towns, too. Rangers had to patrol a vast territory and carried out a service that was well and truly a mounted police service. They had to be skilful in the use of firearms as well as being competent long-distance horsemen. They could also carry out their work in the towns, with the permission of the city marshal. The U.S. Marshal was appointed by the President of the United States, on the advice of the senate. He acted as head of police for every federal state and every federal territory. He had to make sure that federal laws were kept in each state or territory. His competence was clearly defined; he was concerned with crimes against the armed forces, against the federal mail service, and with holdups of stagecoaches or trains. He also carried out police functions within the Indian reserves. If his work took him into the territory of a city, he had to have permission from the city marshal. The U.S. marshal was appointed not so much for his skill in the use of firearms, as for his well-known qualities in wisdom and diplomacy, which were more typical of a politician than of a man of action.