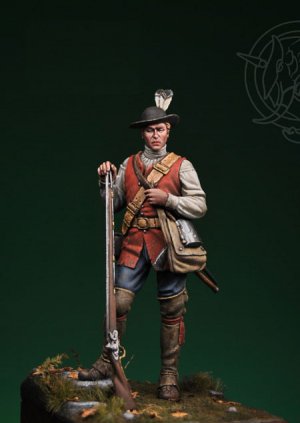 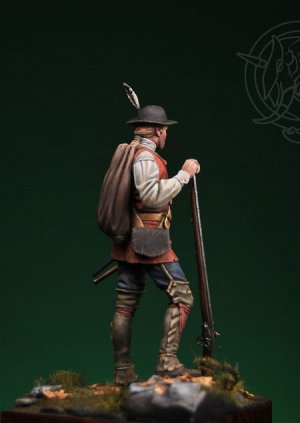 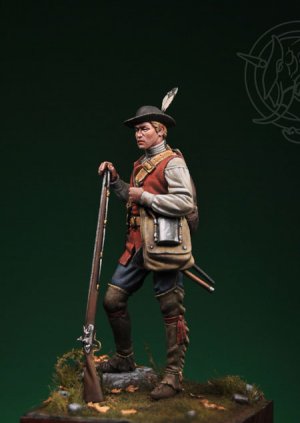 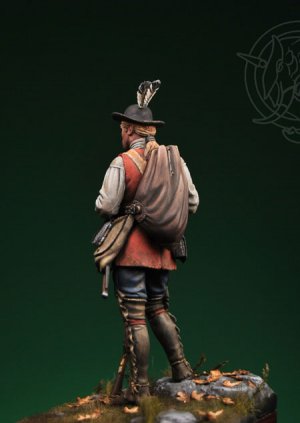 60th Royal American Rgt of Foot - 1757 In December 1755 the British parliament, seeing the need to defend its North American colonies from the inroads of the French and their Indian allies, approved the creation of an infantry regiment made up of four battalions of soldiers coming from the forested regions of Germany and Switzerland. This approval was the result of the proposal of a Swiss soldier called Jacques Prevost, who upheld the opinion that a contingent of experts in forest warfare was needed. These soldiers were flanked by English troops coming from regiments stationed in Ireland. In 1756 these specialist troops were given the name of 62nd Royal American Regiment, and in February 1757 it was re-numbered the 60th Royal American Regiment. Over the course of its history this regiment has changed its name several times, and has also merged with other regiments. When the 62nd regiment was formed, its role was to fight in the North American forests and the uniform imposed was typical of the Redcoats of the British army. Its only distinguishing element was the absence of regimental lace. Romeo Models’ figurine is a private in the 60th Regiment in improvised campaign uniform. The infantryman is wearing a red jacket without lace, and the blue breeches of the regiment over which Indian style leggings are worn. The regulation sword has been replaced by a hatchet, and the soldier is carrying an across-shoulder bag as a backpack. The firearm is a long-barrelled 75 calibre musket called ‘Brown Bess’, typical of the English troops in North America. The cocked hat, if considered cumbersome, was cut back. Some soldiers preferred to wear Indian moccasins instead of the regulation boots. Moreover, as camouflage, the soldiers wore blue or green jackets, although the red jacket of the British army remained the prescribed uniform of the 60th Royal American Regiment for half a century after its formation.