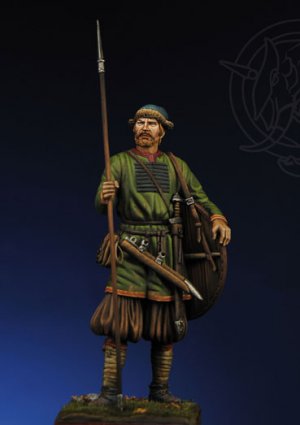 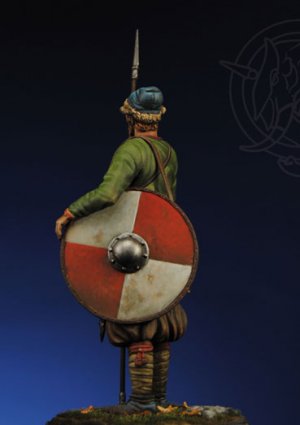 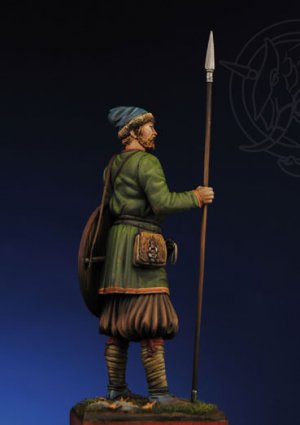 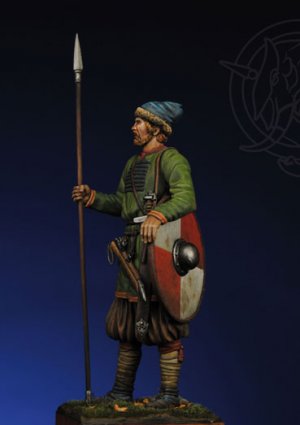 RUS - Viking - X Century History: Scandinavian populations of Germanic extraction called themselves Vikings. The term comes from the word ‘Wik’, meaning ‘bay’. A Viking could therefore be a man from the fiords. Another source holds that the term comes from the word ‘Wiking’, the term used to indicate warrior chiefs. Vikings came from Norway, Denmark and Sweden. They spoke the same language and shared the same culture. Norwegians were daring predators and formidable navigators who became the protagonists of adventurous enterprises. The Danes possessed great political and organizational capacity and made a great impression, historically, on the European continent. The Swedes were peaceful traders who made overland inroads as far as the Far East. At the end of the eighth century the Vikings underwent a demographic increase so large that it drove many people to abandon the overpopulated areas and seek out new territories which could guarantee their survival. The Vikings pushed forward both eastward and westward. Europeans called them Normans, that is, men of the north. These men had a profound historical effect on the constitution of modern Europe. In the east they were called Rus, from which the modern name Russia derives. Vikings of Swedish descent crossed the Baltic and penetrated the Russian steppe, and by following the course of rivers and lakes, they reached Baghdad and Byzantium. They set up their princedoms in Novgorod, Kiev and Smolensk, which became the main commercial hubs of the period. These territories were given the name of ‘great Sweden’. Slav sources affirm that the Vikings were called Rus both by the Arabs and the Byzantines; the term probably came from ‘Rotsi’, the Finnish name for Sweden. Painting: The model represents a X century Rus. The Vikings closely followed the fashion of foreign populations as can be seen from the central Asian style of clothing, and above all from their hat. The baggy trousers tied tightly at the knee are confirmed by Arab travellers who spoke of Russians wearing such trousers. The Vikings loved bright colours, with a prevalence of scarlet, but natural hues – beige, brown and black - were the most favoured. The artist is free to use his imagination.