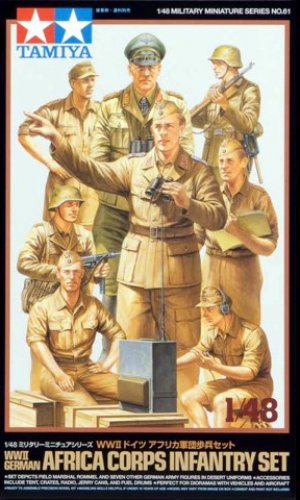 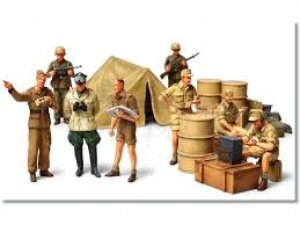 German Africa Corps Infantry Set At the beginning of WWII, the Italian army invaded and attacked Egypt but received severe defeats from British-led counterattacks. Due to this, Field Commander Rommel was sent to North Africa to save the situation. It was decided that two German divisions would support their Italian counterparts in the invasion of English-held Egypt, which resulted in a complete and utter defeat for the defending English forces. Always commanding from the frontlines, Rommel and his African Corps chased the British troops, eventually cornering them at the Egyptian border. With Rommel's success, he was both respected and feared by the English-led forces and was called "the Desert Fox" for his skillful desert campaigns.