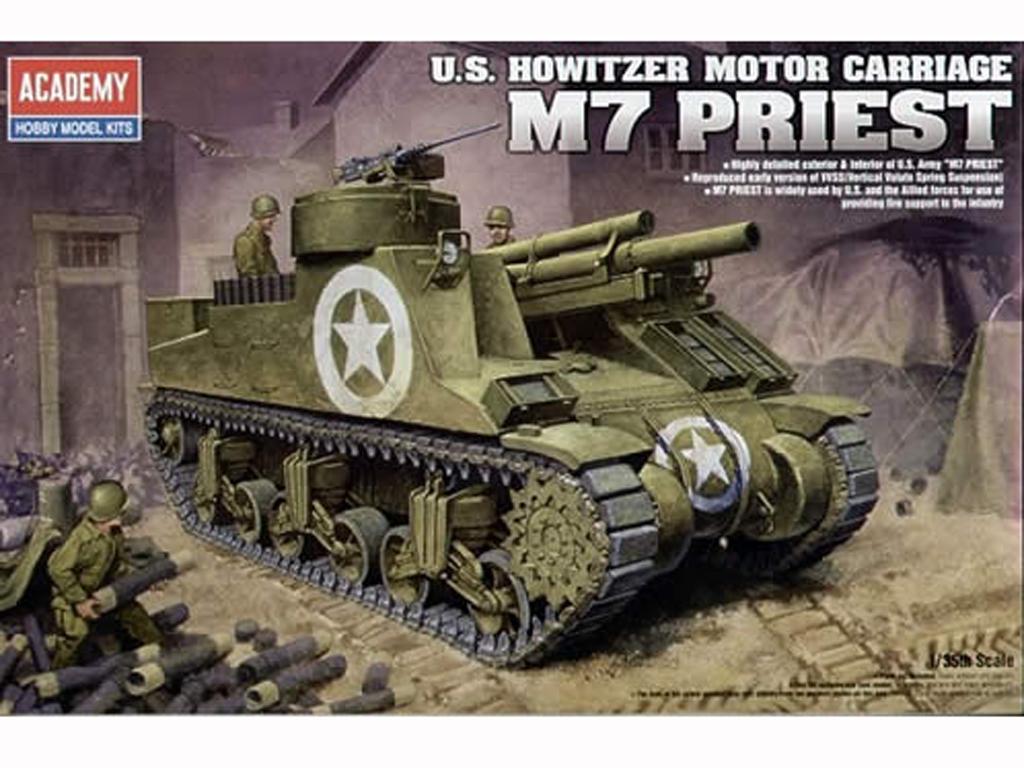 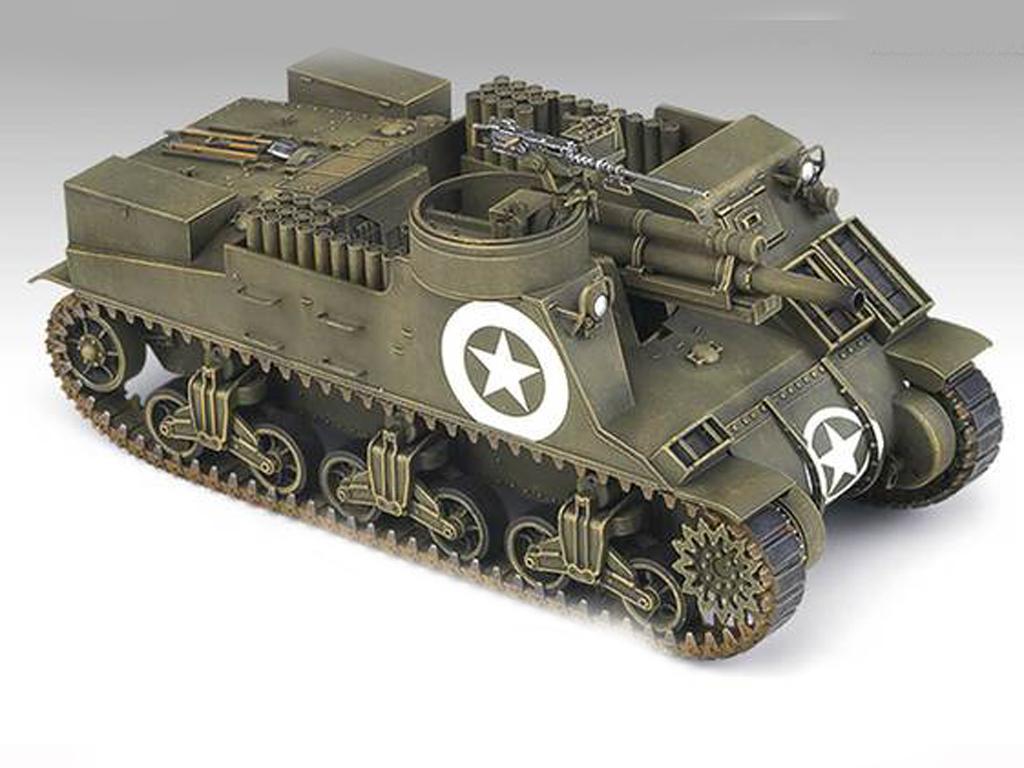 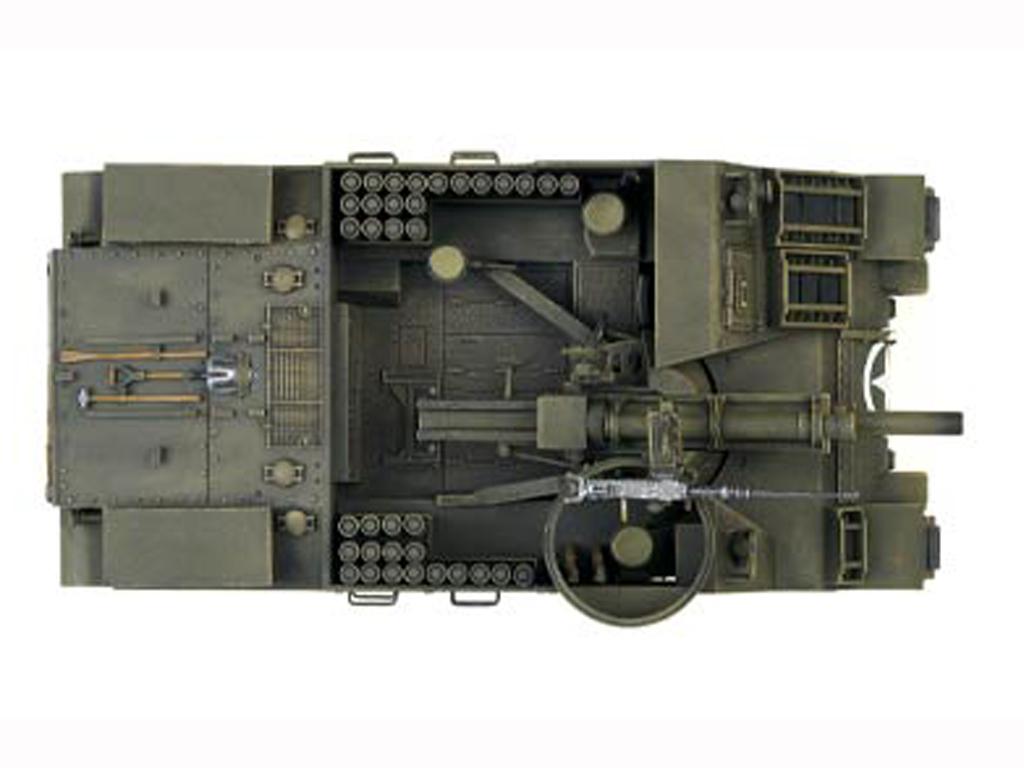 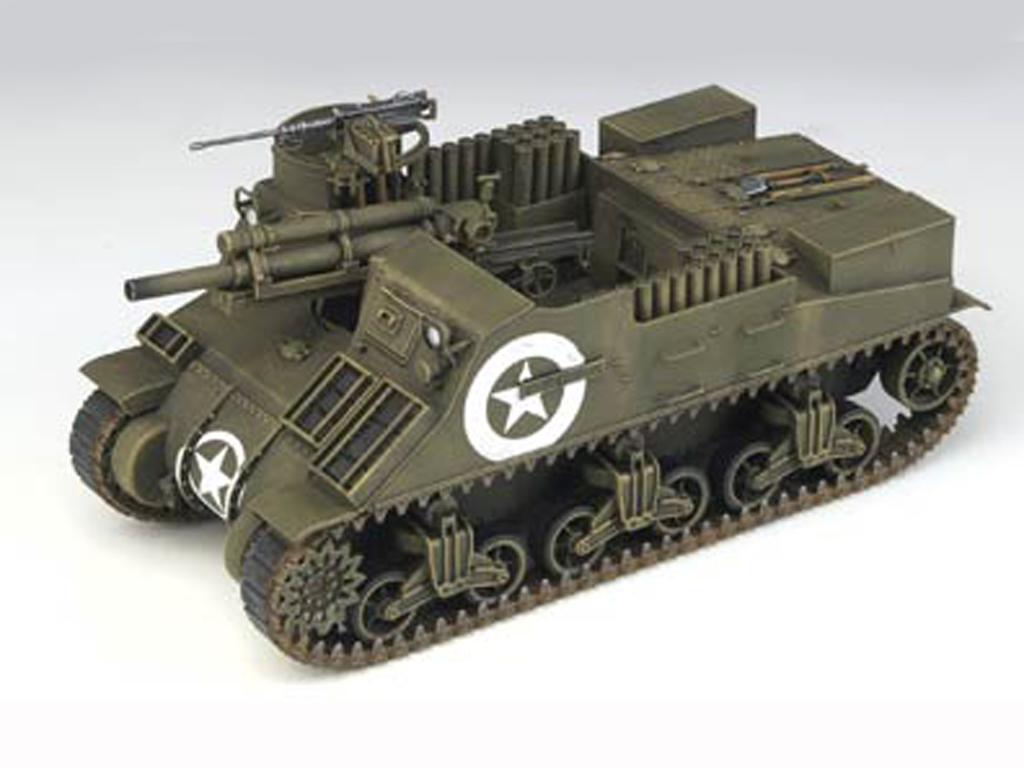 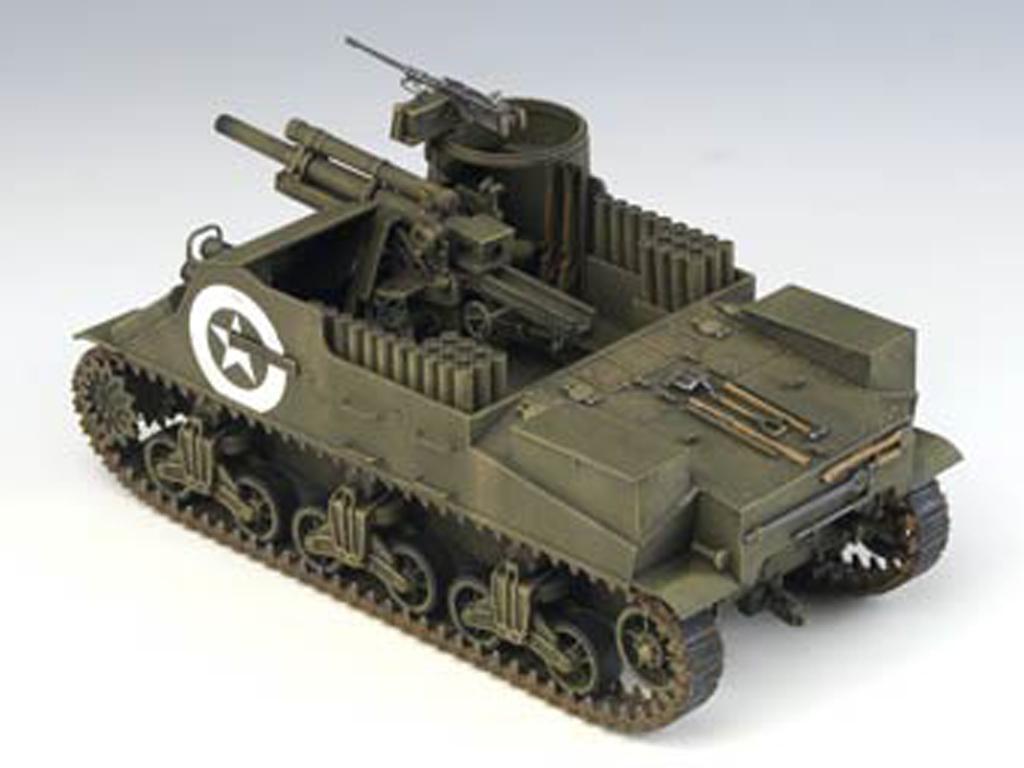 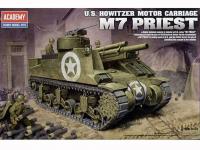 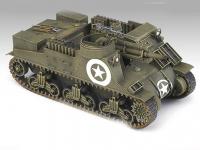 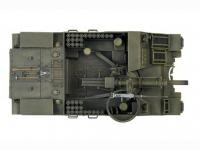 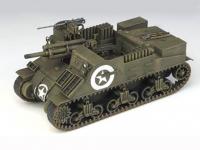 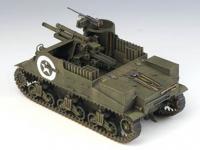 1/35 scale model in plastic for mounting and painting.

M7 Priest Because of the US Army's success and experience mounting 105mm Howitzer's on halftracks, the Army decided that a modified M3 medium tank chassis would make a better weapons platform.

Following considerable modification and development that also added a .50 machine gun to the side of the fighting compartment, this new, raised, open-topped vehicle was born as the self propelled artillery vehicle: Carriage, Motor,105mm Howitzer M7. The open top, exposed the 6-7 man crew to enemy fire.

The "Priest" was given its nickname after it entered British service during WWII, due to its elevated, protected pulpit-like drum cupola atop the gun carriage.

Officially called the 105mm SP Priest by the British, it first saw service in North Africa at the second Battle of El Alamein in October 1942. By the end of 1943, the M7B1(based on the M4A3 Sherman) was the standard model. About 3,000 were built during the course of WWII. 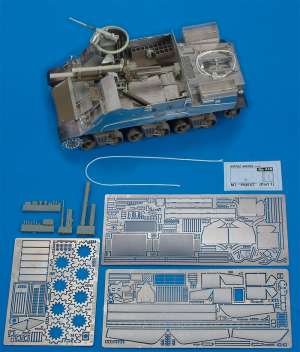 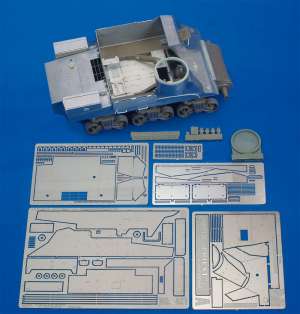 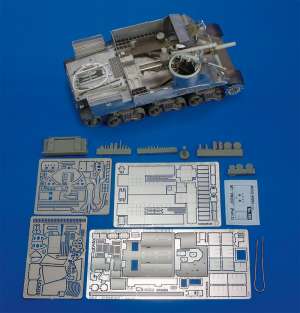 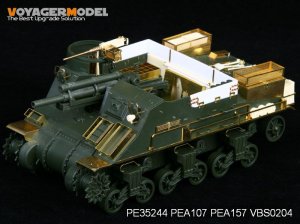