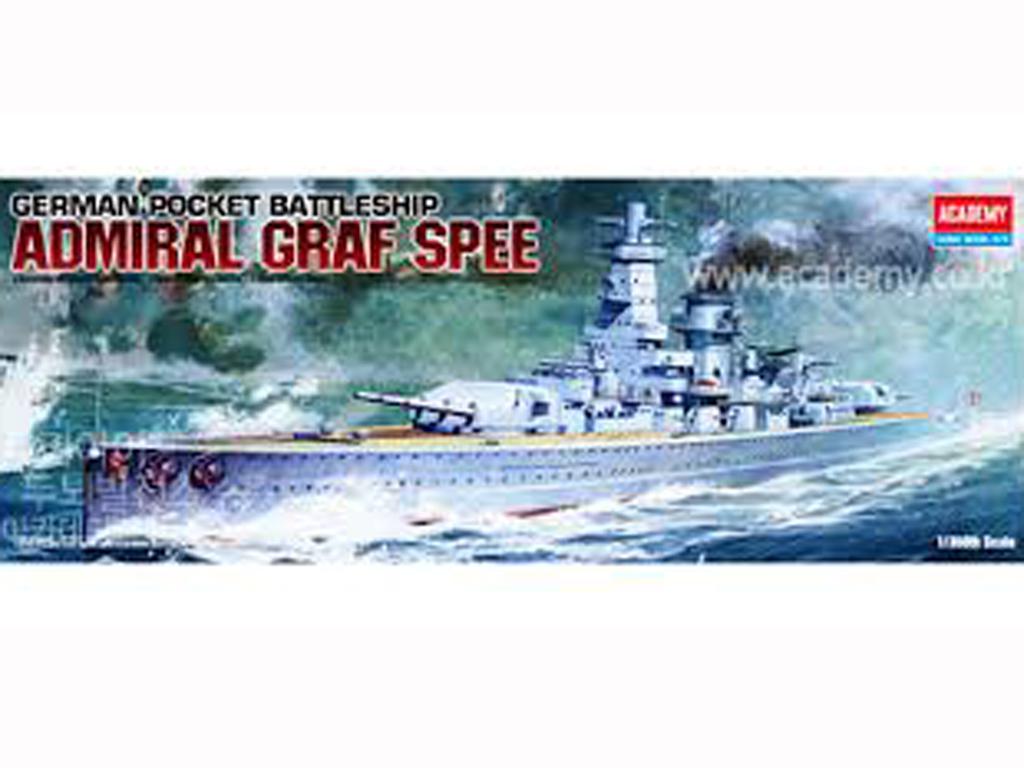 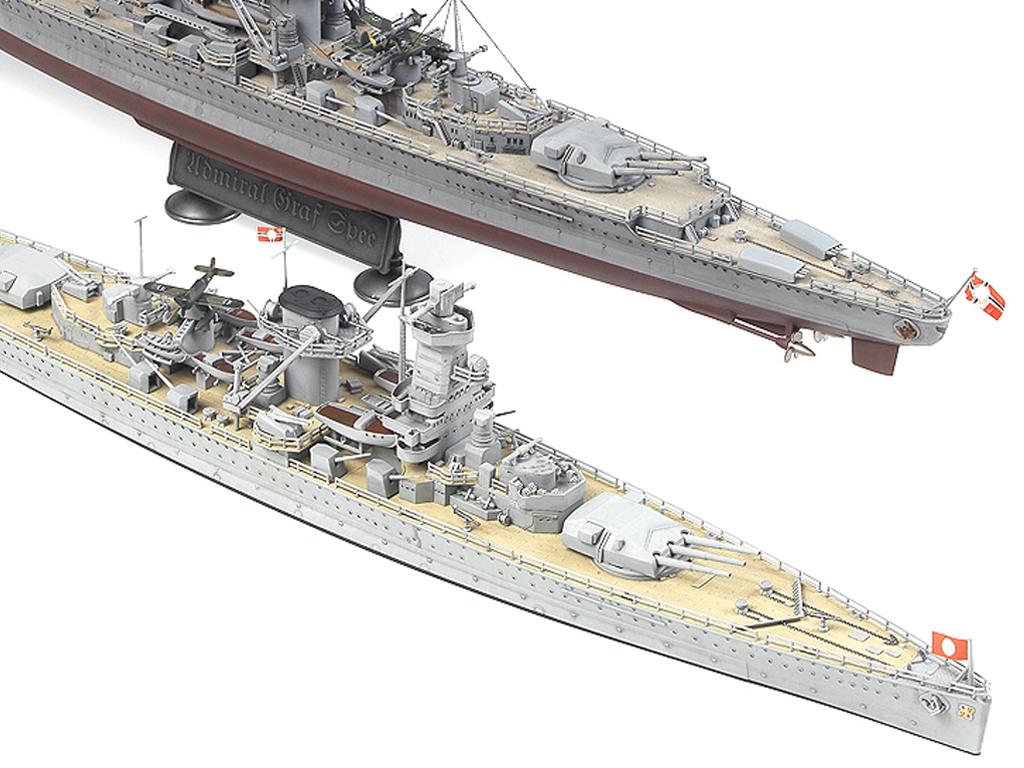 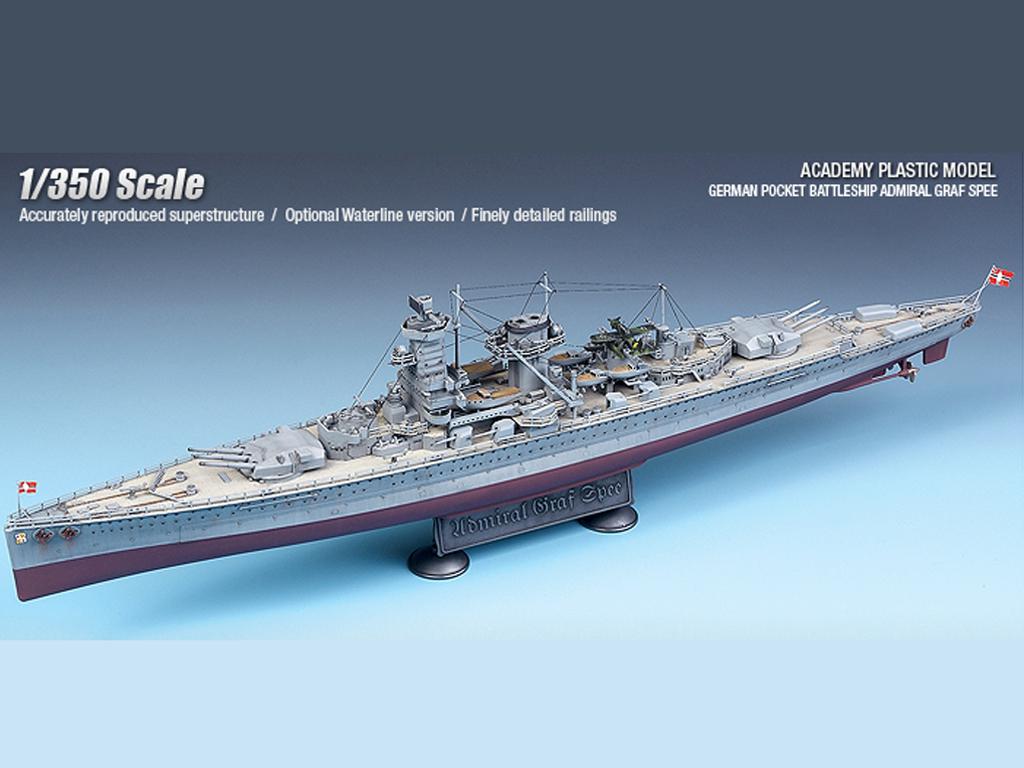 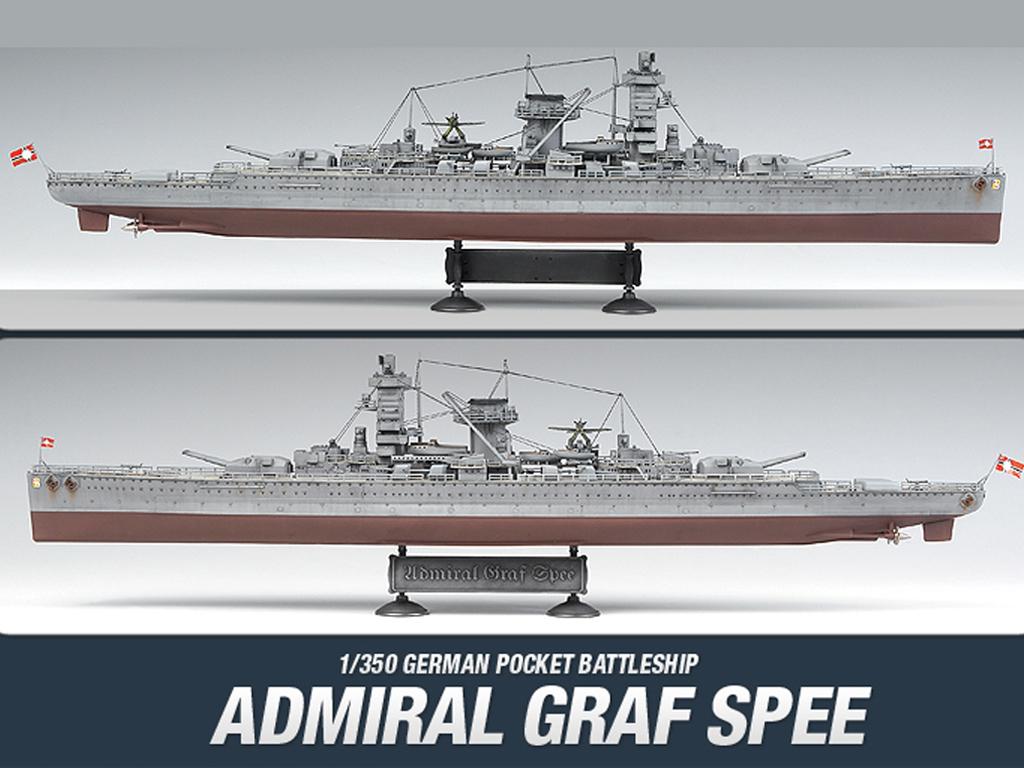 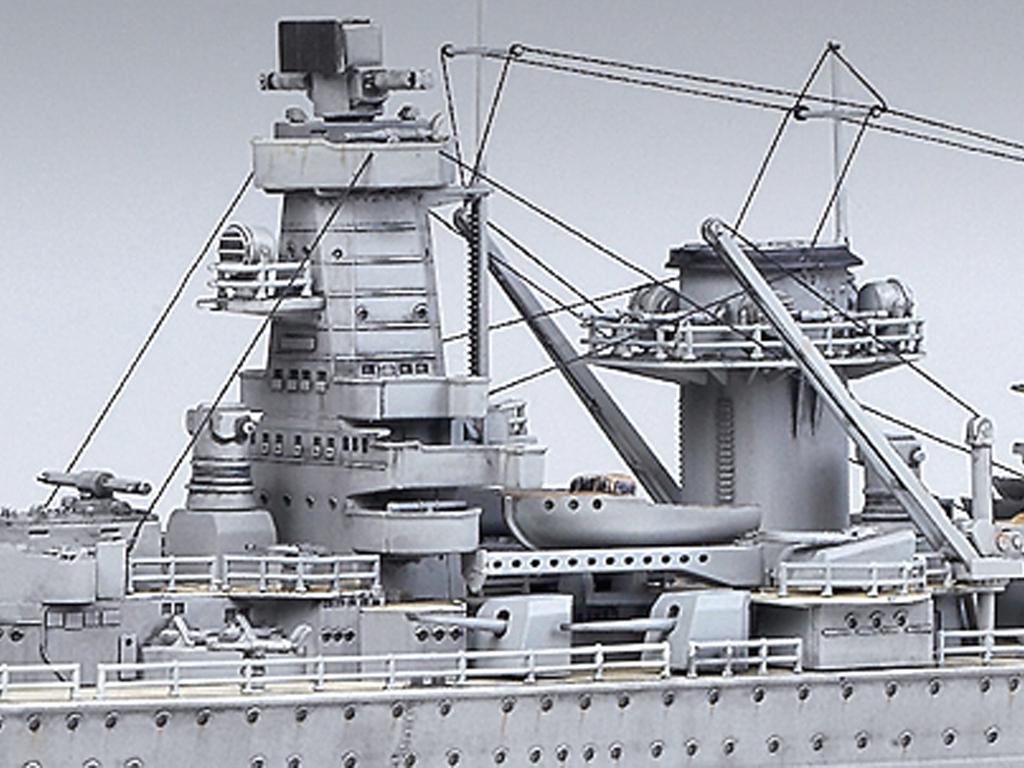 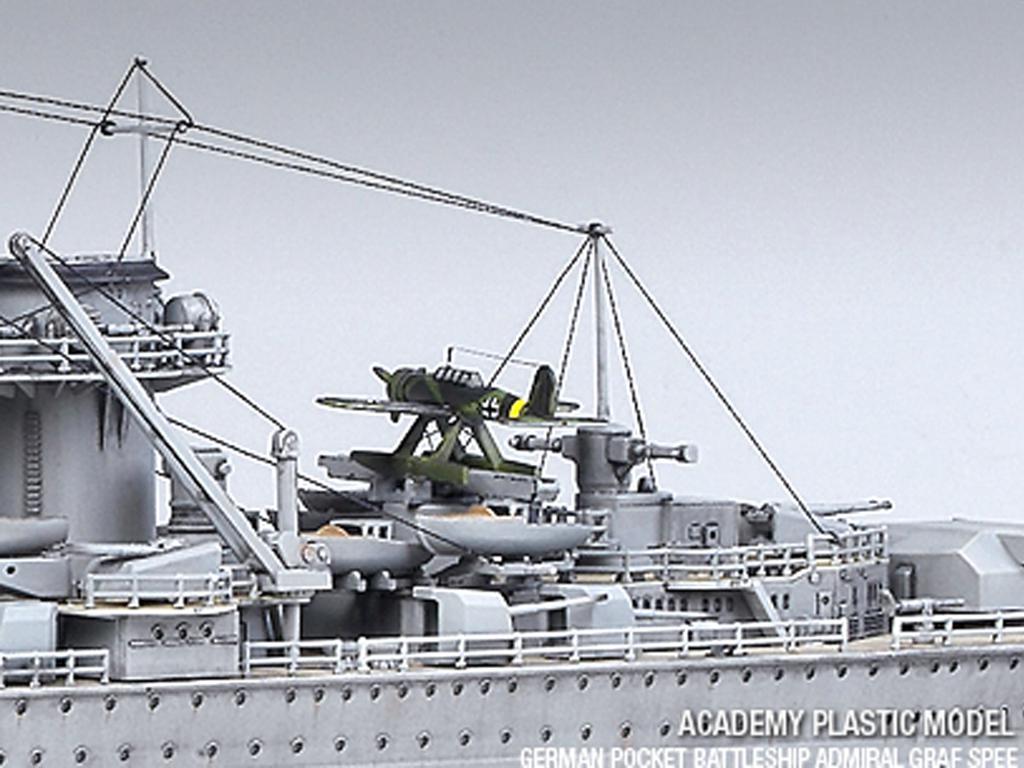 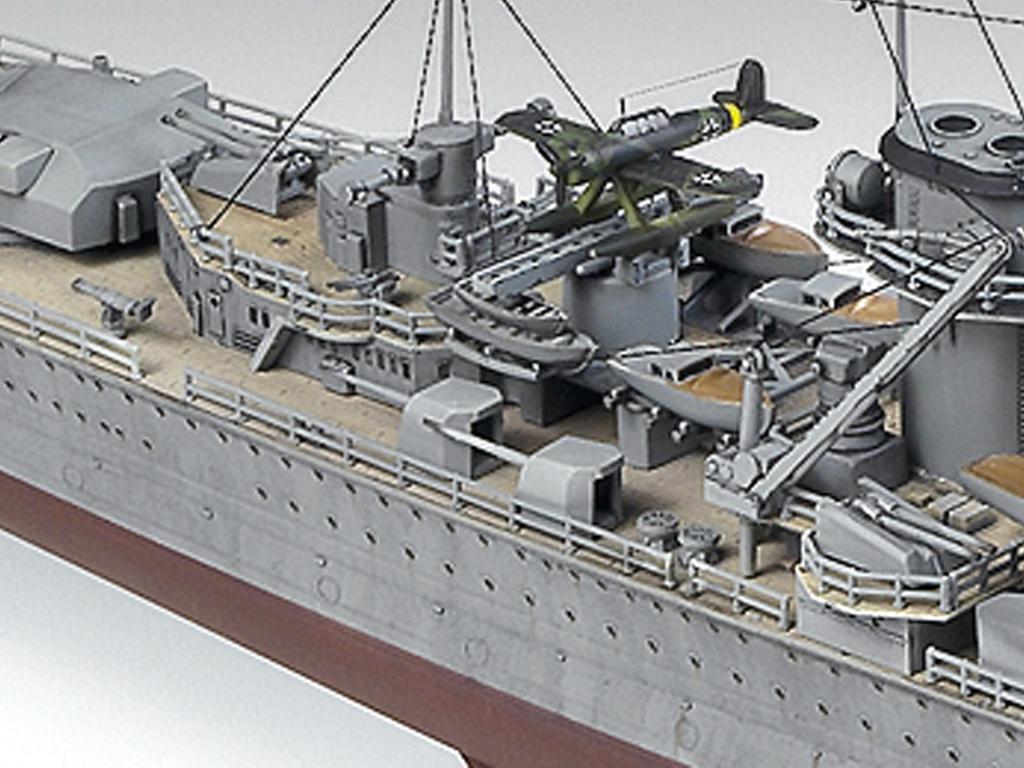 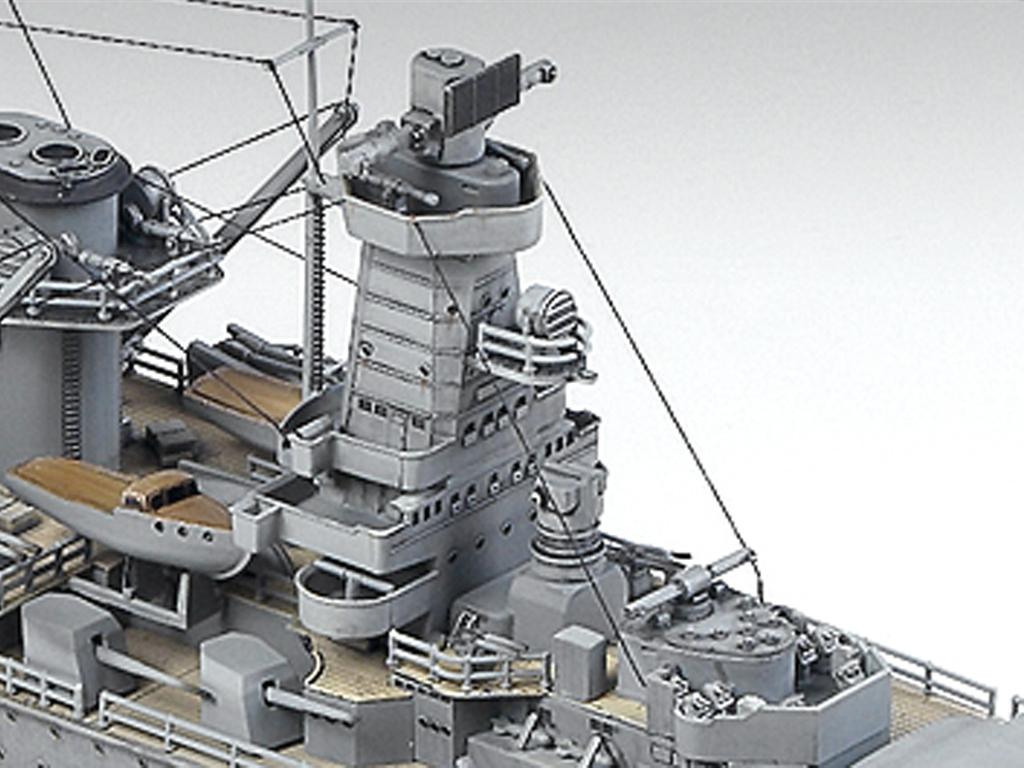 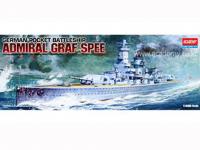 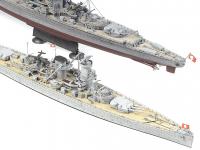 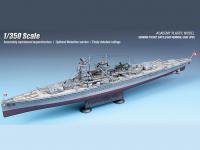 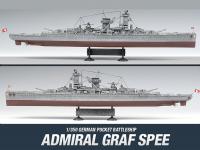 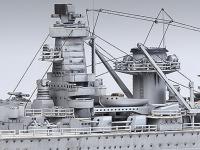 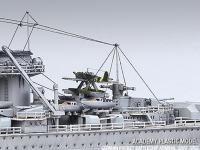 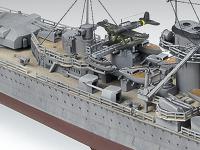 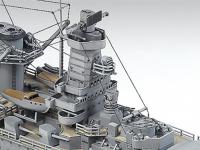 1/350 scale model for assembly and painting of the Academy

The Admiral Graf Spee was one of the most famous German naval warships of World War II, along with the Bismarck. Her size was limited to that of a cruiser by the Treaty of Versailles, but she was much more heavily armed than a cruiser due to innovative weight-saving techniques employed in her construction. She was sent to the Atlantic Ocean as a commerce raider in 1939, where she sank nine Allied merchant ships. Numerous British hunting groups were assigned to find her, with three British ships finally tracking her down in December 1939. The Battle of the River Plate ensued, during which the Graf Spee was damaged. She docked for repairs in the neutral port of Montevideo, but was forced by international law to leave within 72 hours. Faced with what he believed to be overwhelming odds, the captain scuttled his ship rather than risk the lives of his crew. 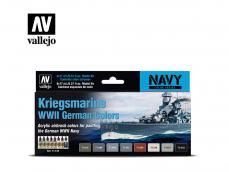