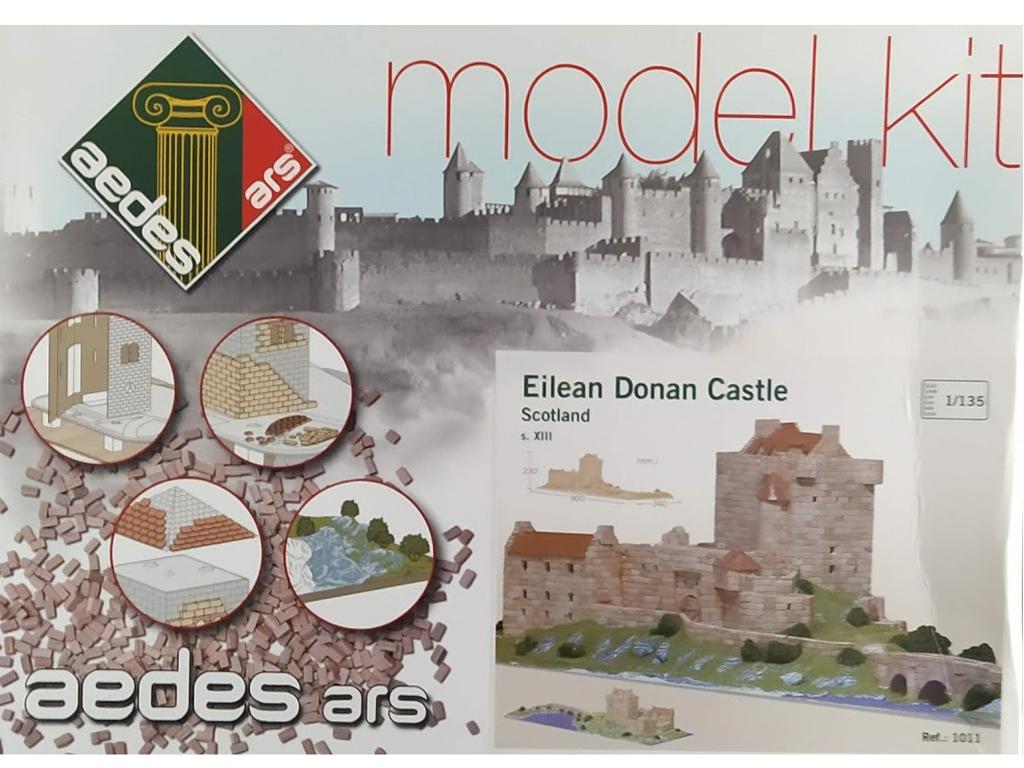 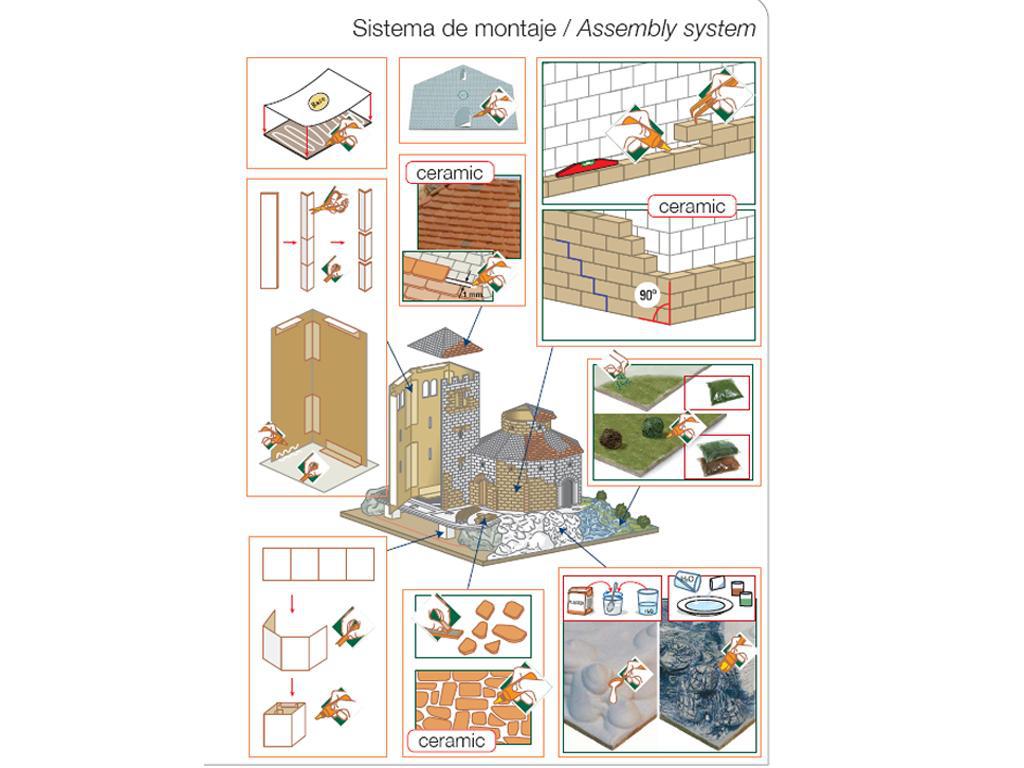 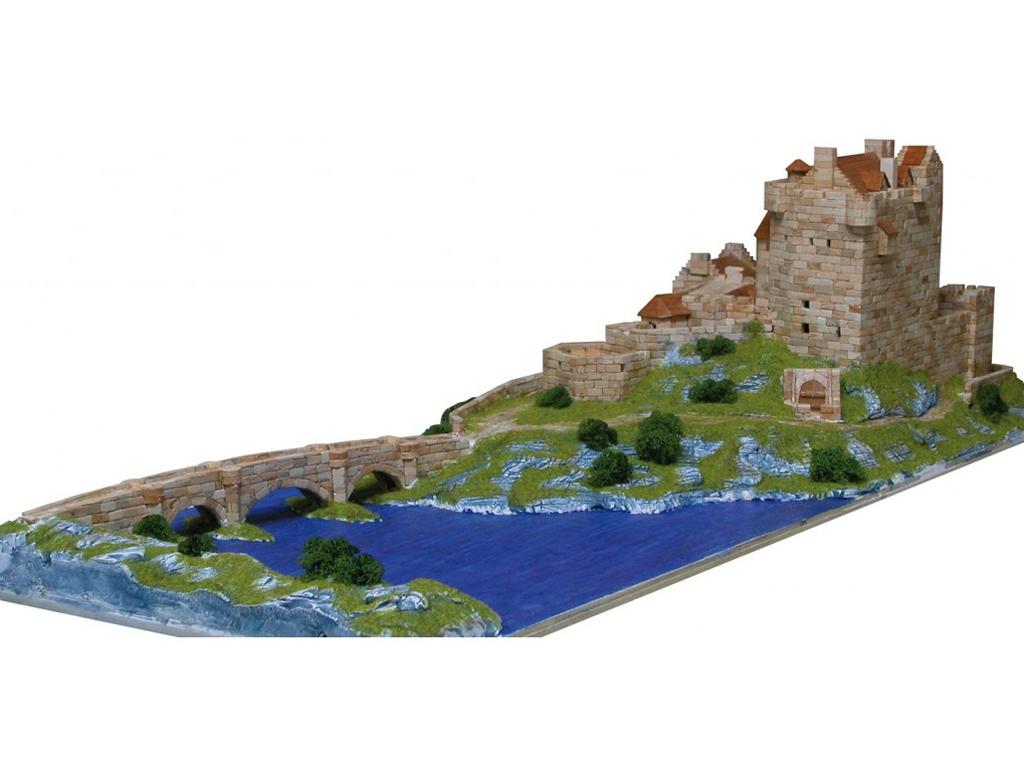 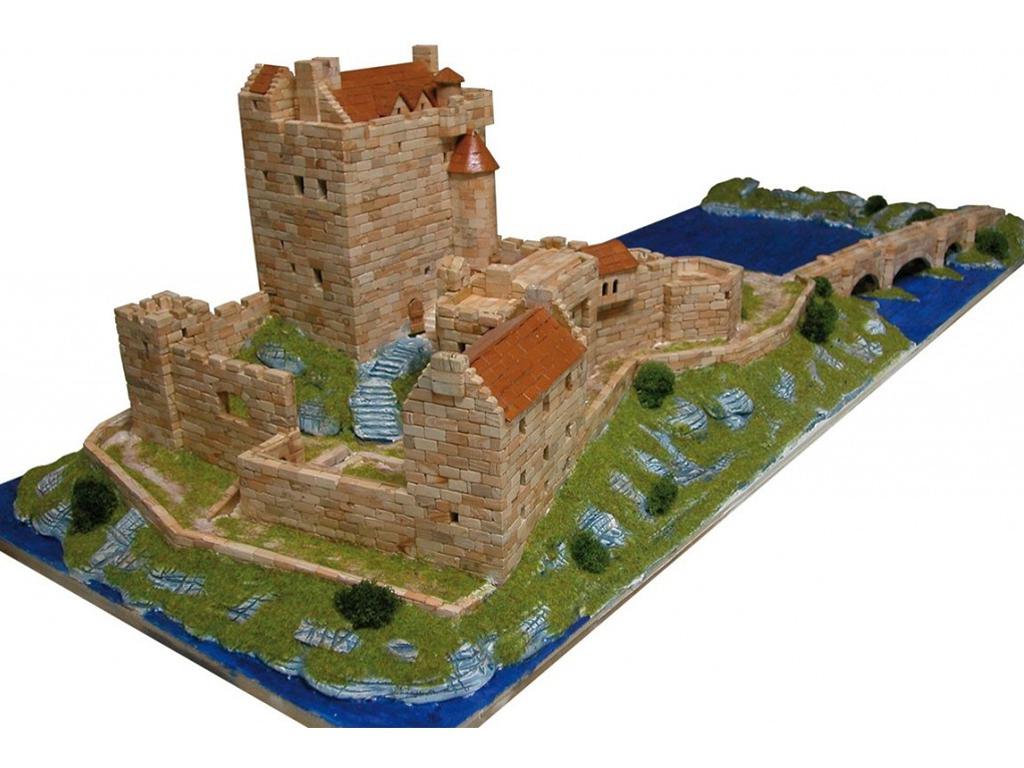 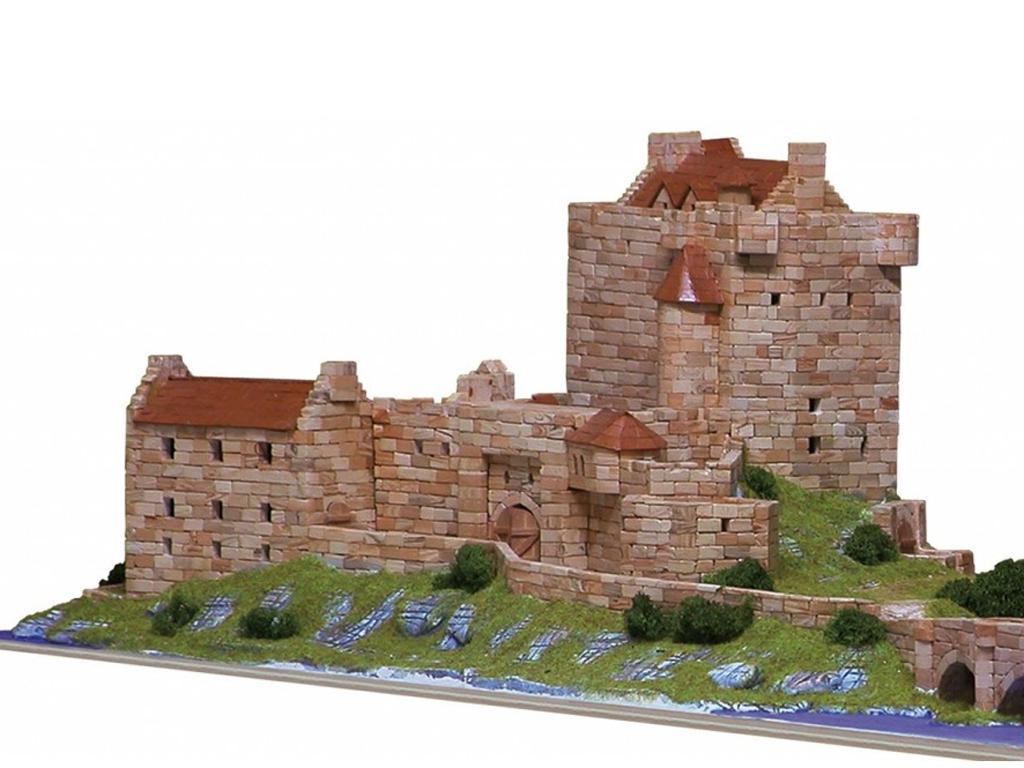 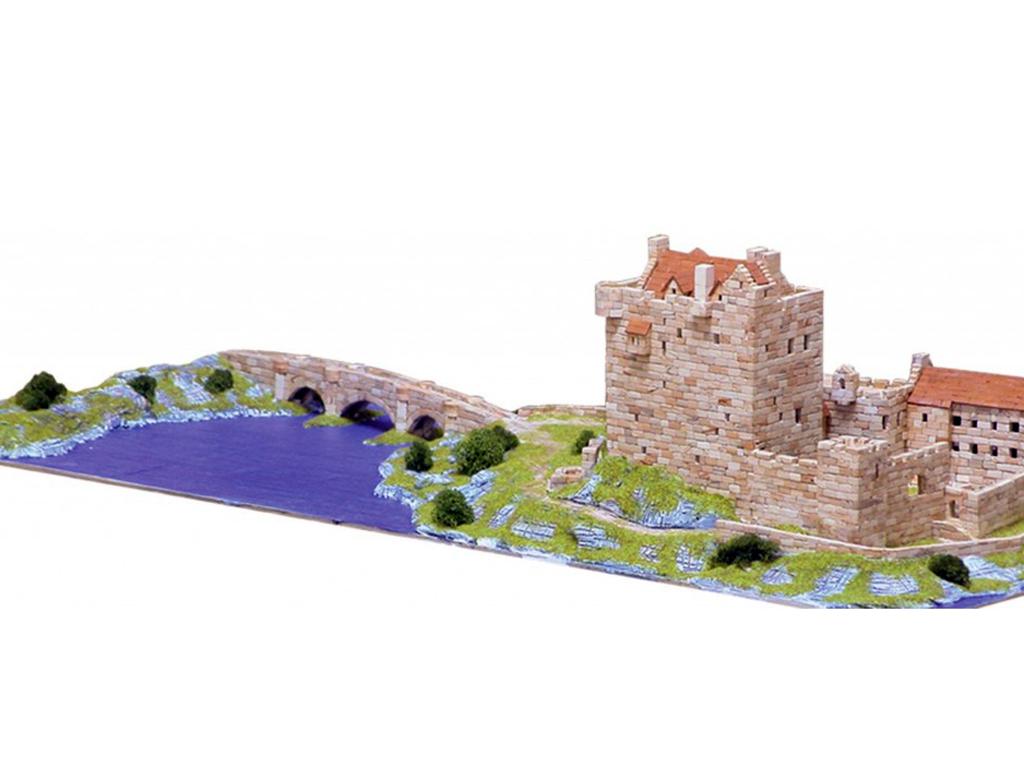 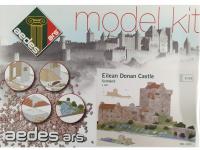 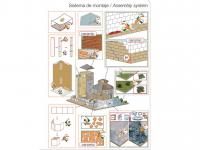 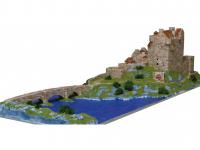 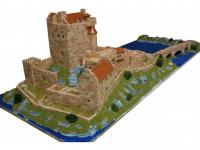 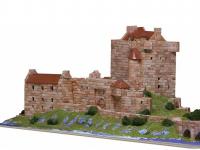 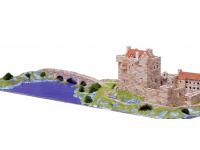 Eilean Donan (Scottish Gaelic Eilean Donnáin), is a small island in Loch Duich in the western Highlands of Scotland. It is connected to the mainland by a footbridge and lies about half a mile from the village of Dornie. Eilean Donan means simply "island of Donnán". The island is dominated by a picturesque castle. The original castle was built in the early 13th century as a defence against the Vikings. By the late 13th century it had become a stronghold of the Mackenzies of Kintail (later the Earls of Seaforth). In 1511, the Macraes, as protectors of the Mackenzies, became the hereditary Constables of the Castle. In 1539 Iain Dubh Matheson, chief of the Clan Matheson died whilst defending the Castle on Eilean Donan island against the Clan MacDonald of Sleat on behalf of the Clan Macrae and Clan Mackenzie. In April 1719 the castle was occupied by Spanish troops attempting to start another Jacobite Rising. The castle was recaptured, and then demolished, by three Royal Navy frigates on 10-13 May 1719. The Spanish troops were defeated a month later at the Battle of Glen Shiel. The castle was restored in the years between 1919 and 1932 by Lt. Col. John MacRae-Gilstrap. The restoration included the construction of an arched bridge to give easier access to the castle. In 1983 The Conchra Charitable Trust was formed by the Macrae family to care for the Castle. A curious distinction is that it has one of only two left-handed spiral staircases in a castle in Great Britain, as the reigning king at the time of building held a sword with his left hand. One strange feature of the castle today is the grey field gun from the Great War, positioned outside the building by a war memorial and fountain dedicated to the men of the Macrae clan who died in the war. Eilean Donan is the home of the Clan Macrae. In 2001, the island had a population of just one person. The castle is one of the most photographed monuments in Scotland and a popular venue for weddings and film locations.