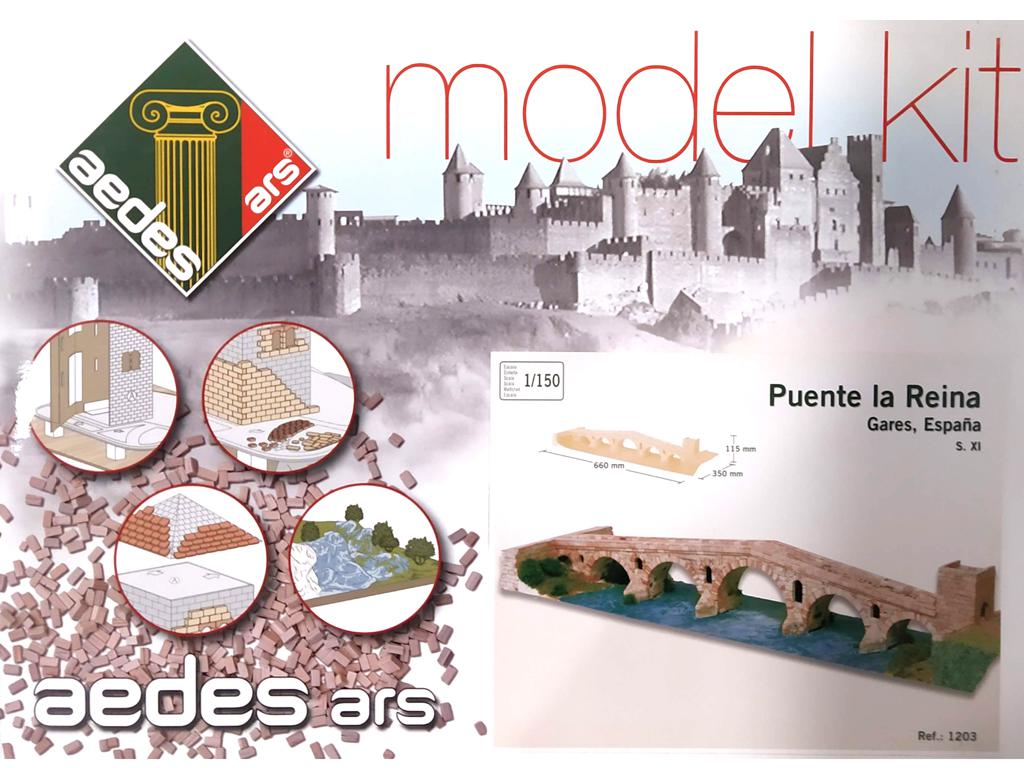 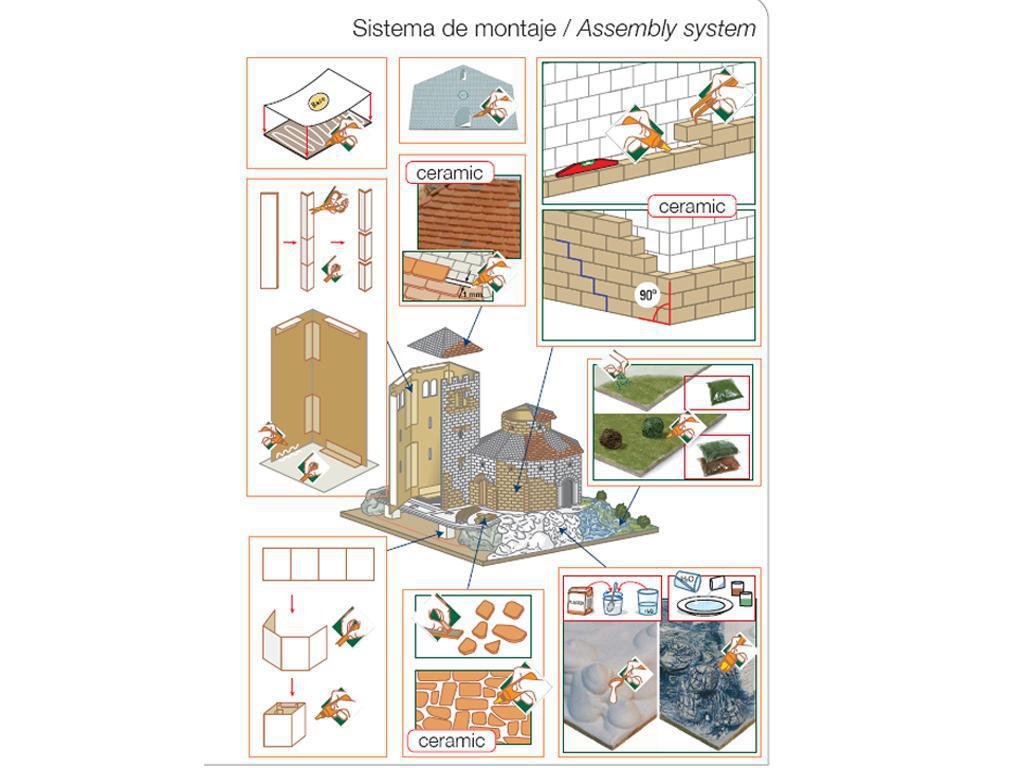 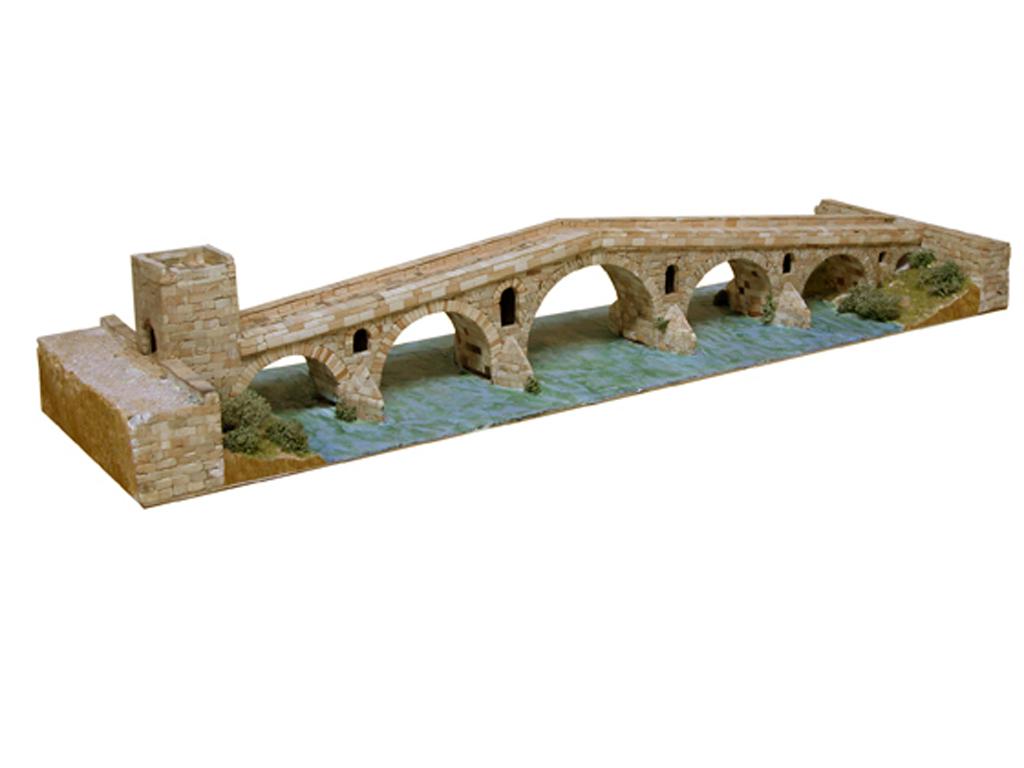 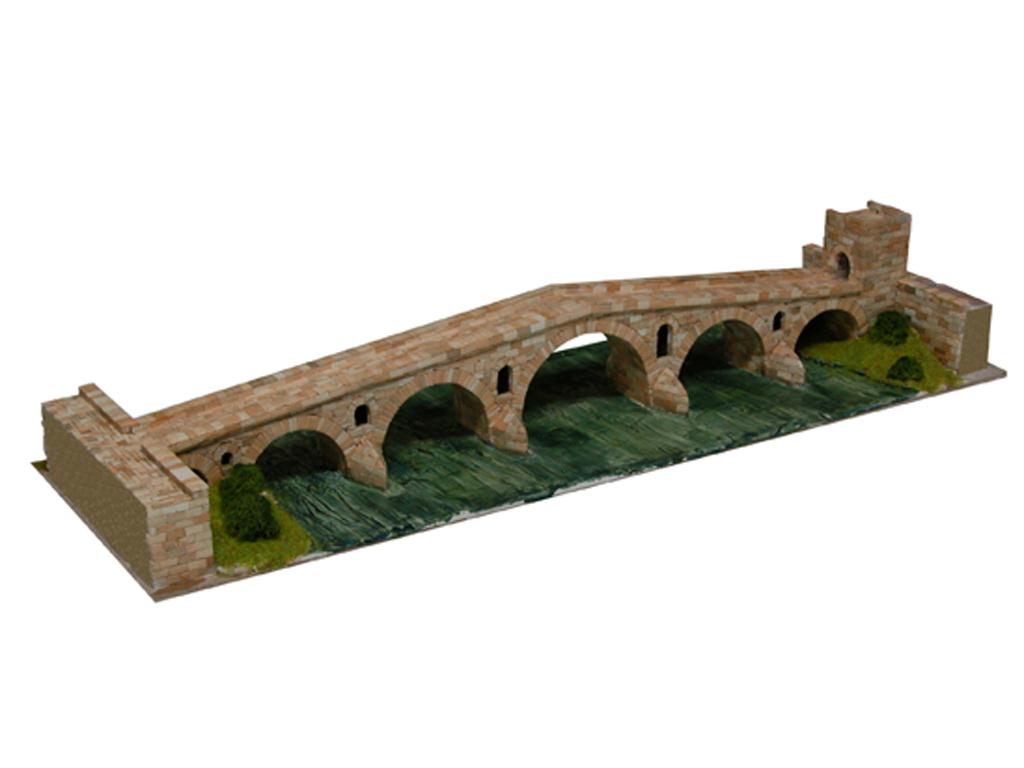 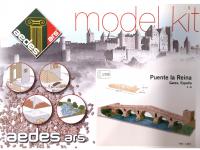 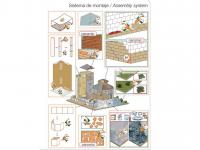 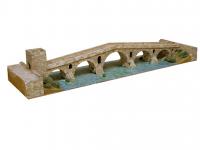 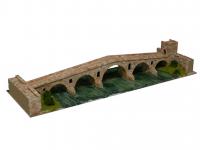 The construction of this Romanesque bridge, dated in the first half of the 11th century, was at the behest of Queen Doña Mayor, wife of King Sancho el Mayor (the Elder), to make it easier for pilgrims covering the St James Way to Santiago to cross the River Arga: it formed one of the most important crossroads of the way. The bridge is situated in the town of Puente la Reina, in the Navarra Region of Spain. It is 110 metres long and 4 metres wide; it has six semicircular arches and open piers that relieve the supports of weight. It also has triangular cutwaters on both sides of the bridge that begin at the base of the arches. The paved area has a strong slope on either side, as would correspond to the typical structure of Romanesque bridges.