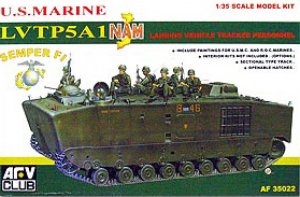 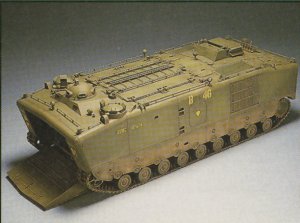 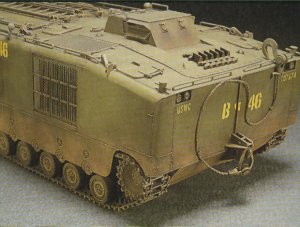 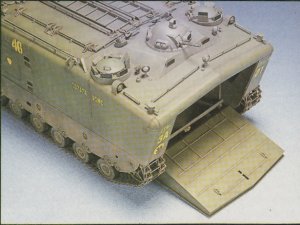 The LVTP-5 (Landing Vehicle, Tracked, Personnel) was a family of amphibious armored fighting vehicles used by the United States Marine Corps. It was designed by the BorgWarner company and built by FMC (Food Machinery Corporation) along with a few other companies. It was first accepted into service in 1956. Some 1,124 basic units were produced, plus the specialist variants, and many saw action in the Vietnam War. It was an evolution of the LVT-1 to LVT-4 World War II era Landing Vehicle Tracked series, but was considerably larger and could carry 30-34 combat-armed troops. A smaller design based on the M59 APC was also produced as the LVT-6, but only a handful built. The LVTP-5 was replaced in service by the LVT-7 family. The most common type was the LVTP-5, an armored personnel carrier, with mine-sweeper, command, recovery and fire support variants, the latter mounting a 105 mm howitzer. An anti-aircraft version was prototyped, but never saw service.