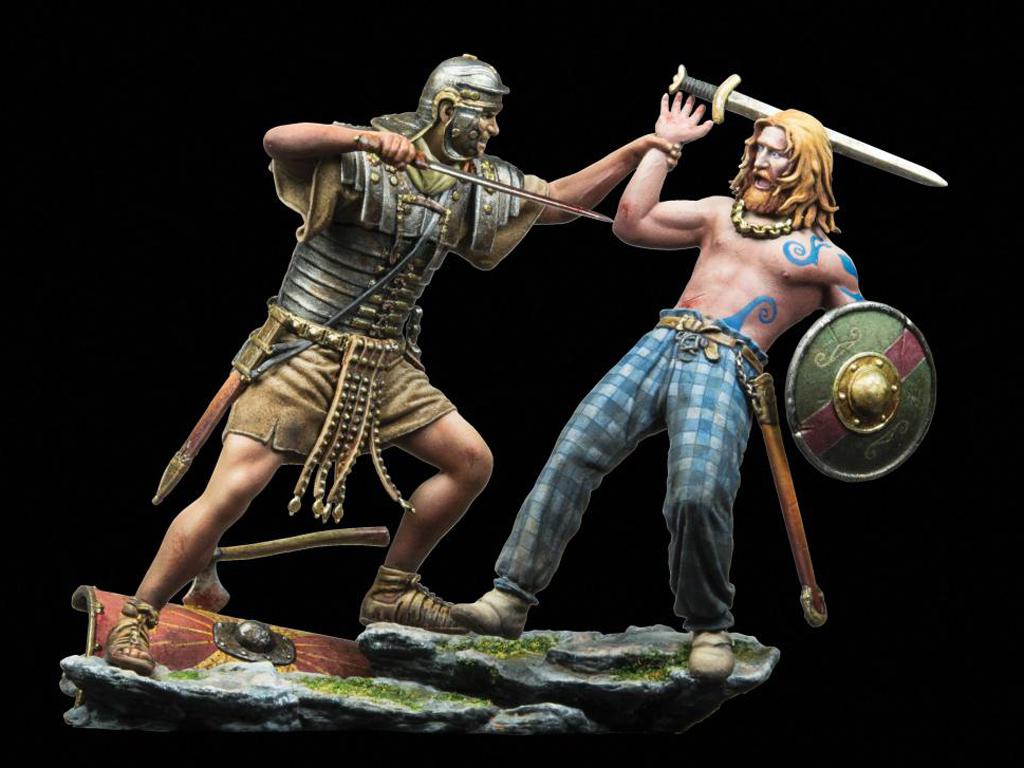 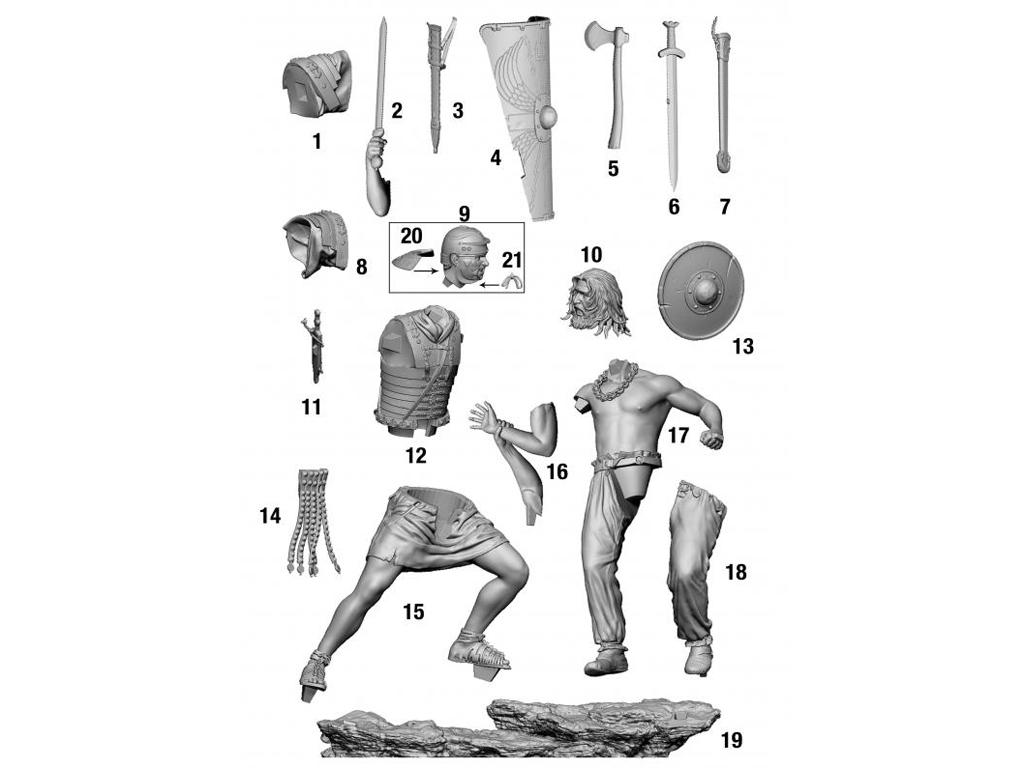 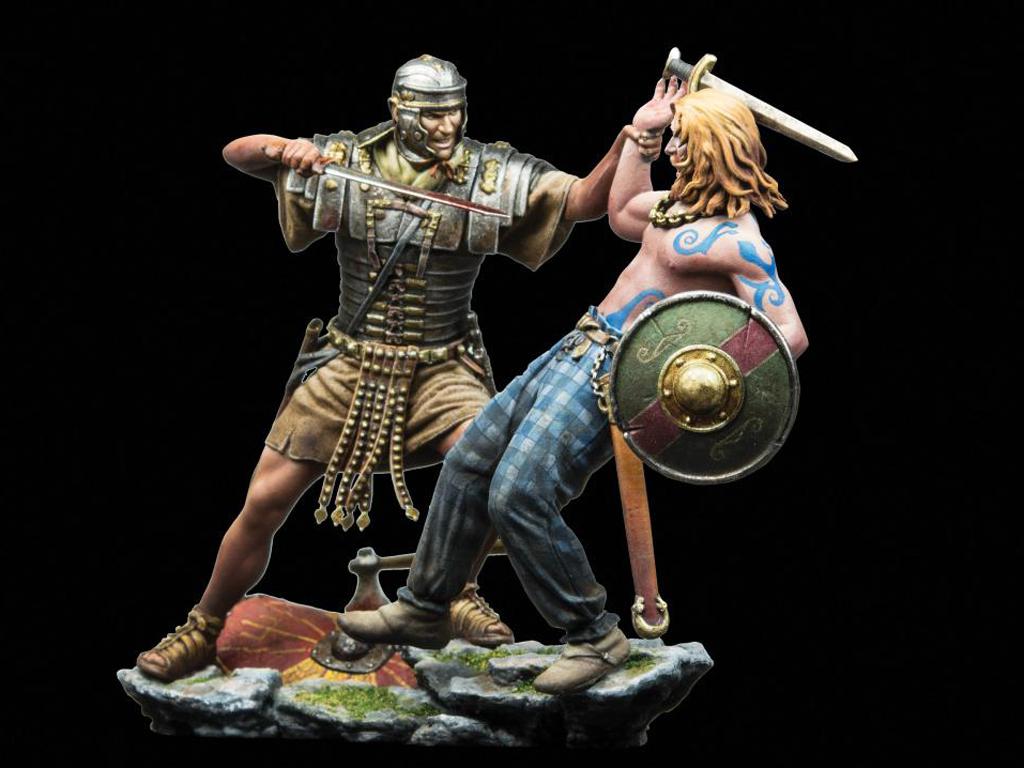 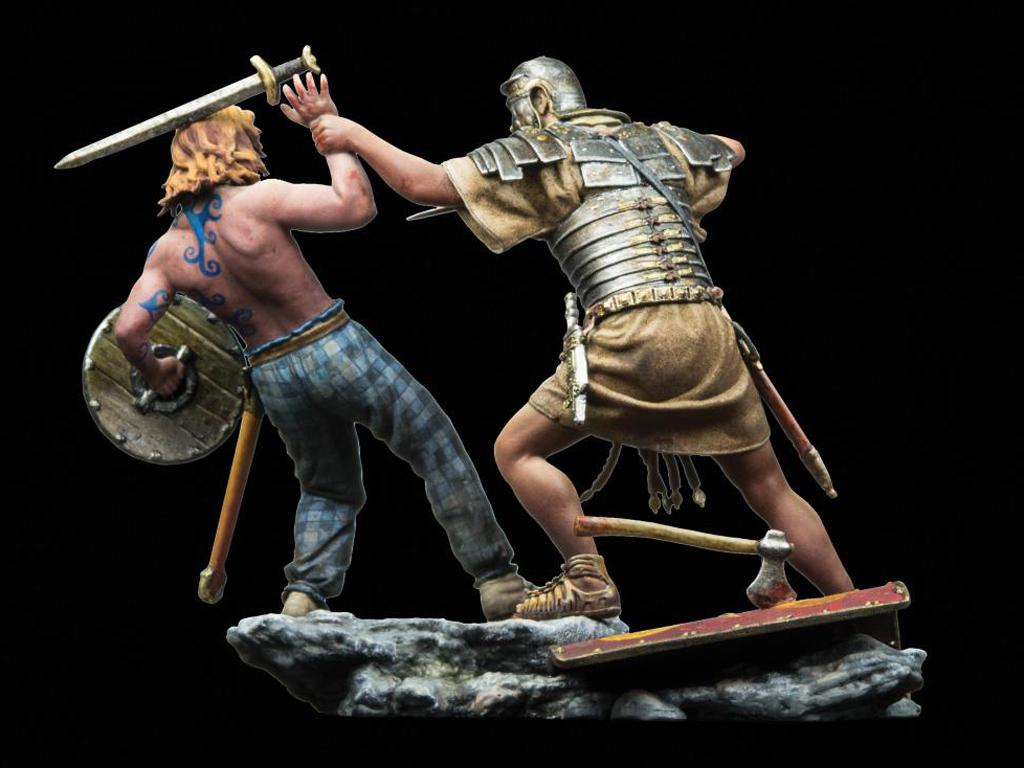 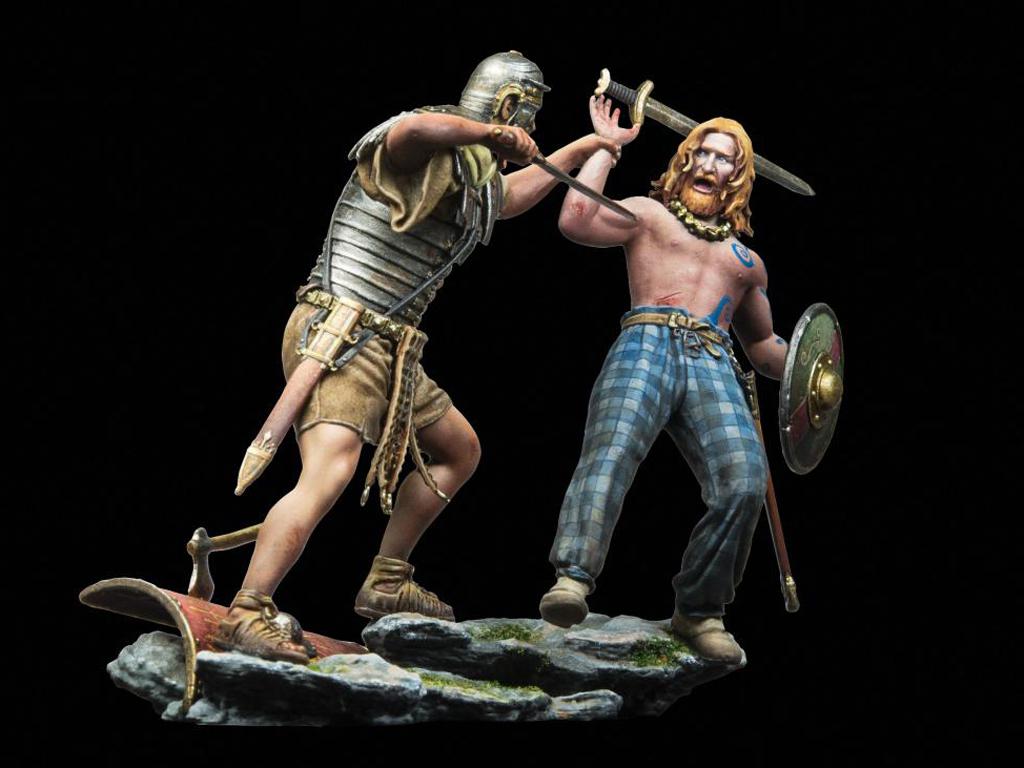 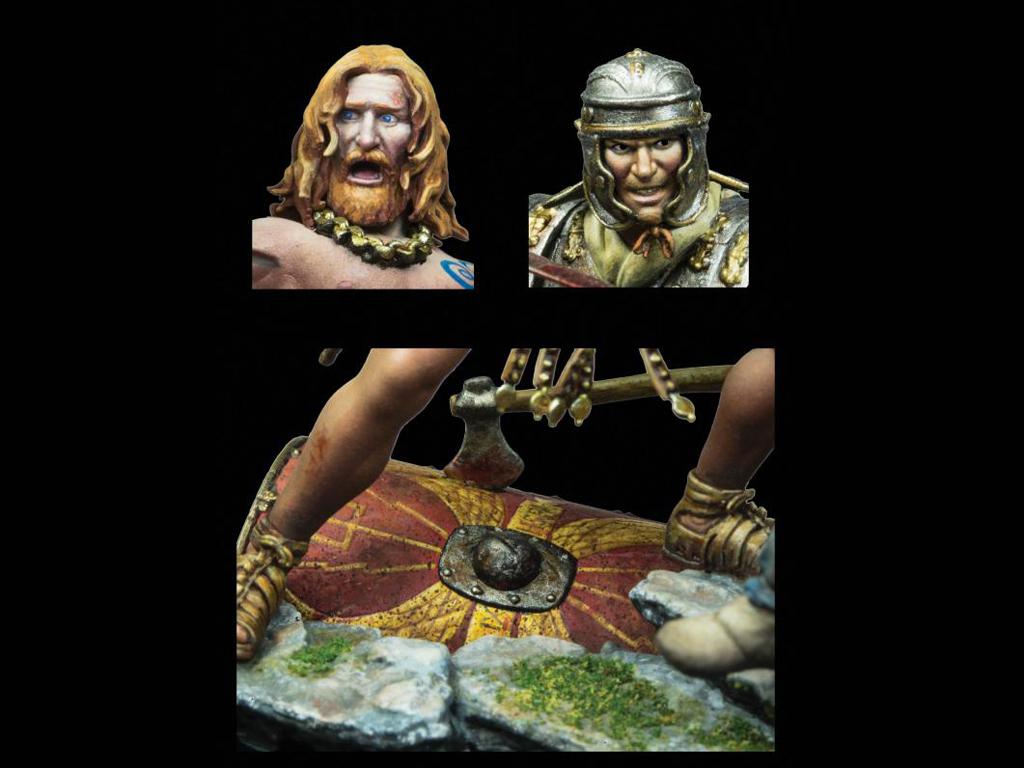 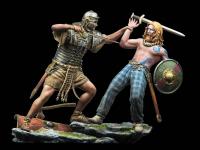 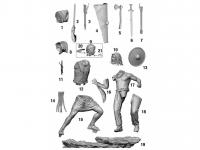 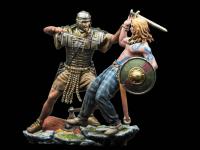 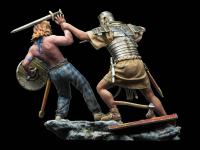 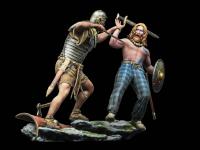 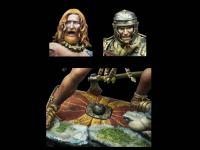 Scenic base and brochure included

The Romans invaded Scotland (then called Caledonia) at the end of the 1st century A.D. There they met a formidable enemy: the Picts.

These Celtic warriors unexpectedly emerged from the forest in a coup d'etat that took the Romans completely by surprise, attacking when they let their guard down.

The Roman infantry was ill-prepared to face such an adversary.

When they took over a Pict village, the warriors immediately moved to another and prepared to counterattack; constantly frustrating theoretically superior Roman forces by refusing to fight their way ...

Any reconstruction of what Pict's culture really was like has to rely by force on the Roman beads of the time, in most cases nebulous and scarce, for beside the Picts there is little more than a scattered handful of archaeological remains.

According to some modern historians, the Picts were not a particularly ferocious people and lived in peace until the arrival of the Romans.

Qty.
Figuras - Militares - Andrea
Volver al listado
www.ecomodelismo.com use your own and third-party cookies to have the best browsing experience. If you keep browsing we understand that you accept our cookie policy.  Ver