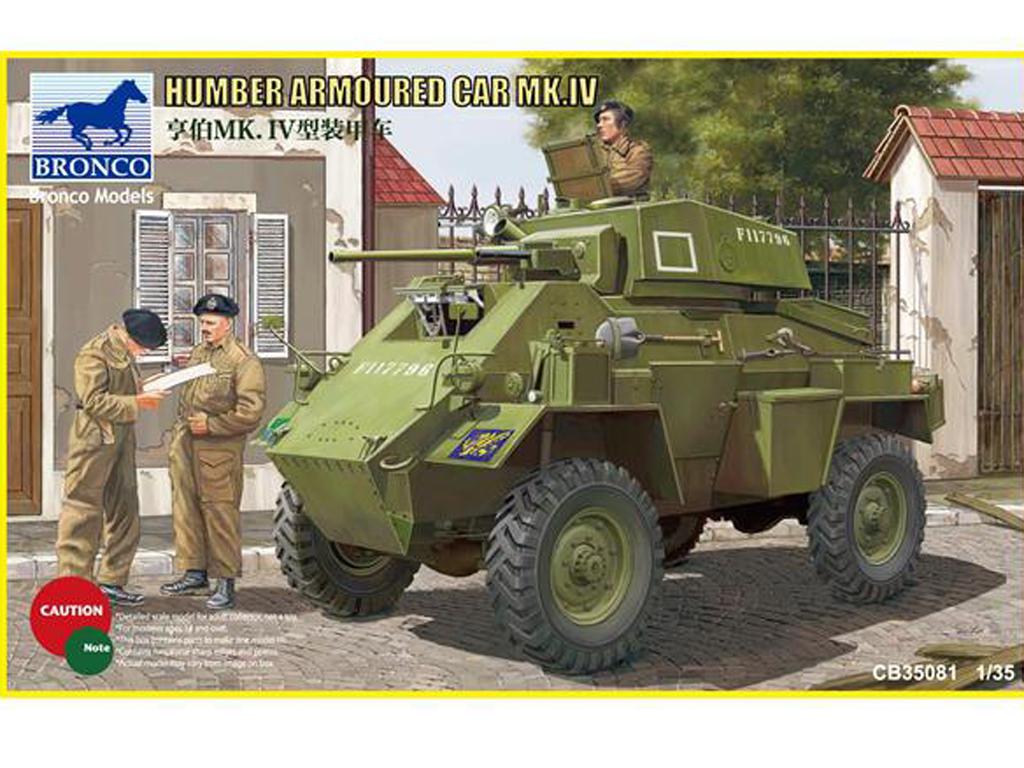 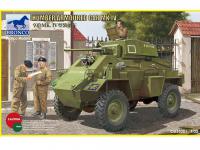 The Humber MkII armoured car was a great sucess and was followed by the Humber MkIII in late 1942. This version featured a new turret which could hold three crewmen. However by 1942 the 15mm cannon was getting obsolete, and so it was replaced by the American 37mm anti-tank gun. This gun was similar to the 2 Pounder and fired a wide range of ammunition. Turret crew was reduced to two men again because of the larger weapon. By early 1943 the Humber MkIV was in full production and was numerically the most important version with over 2000 produced. The Humber MkIV was issued to the Reconnaissance Regiments attached to Infantry Divisions, rather than Armoured Car Regiments which preferred the Daimler. Humber MkIV's were issued to the Recce Battalions of almost all Infantry Divisions, serving in N. W. Europe, Italy, Middle East and Far East. The Humber was the most widely used British built armoured car, serving with British, Canadian, Indian, Polish, South African and New Zealand units.