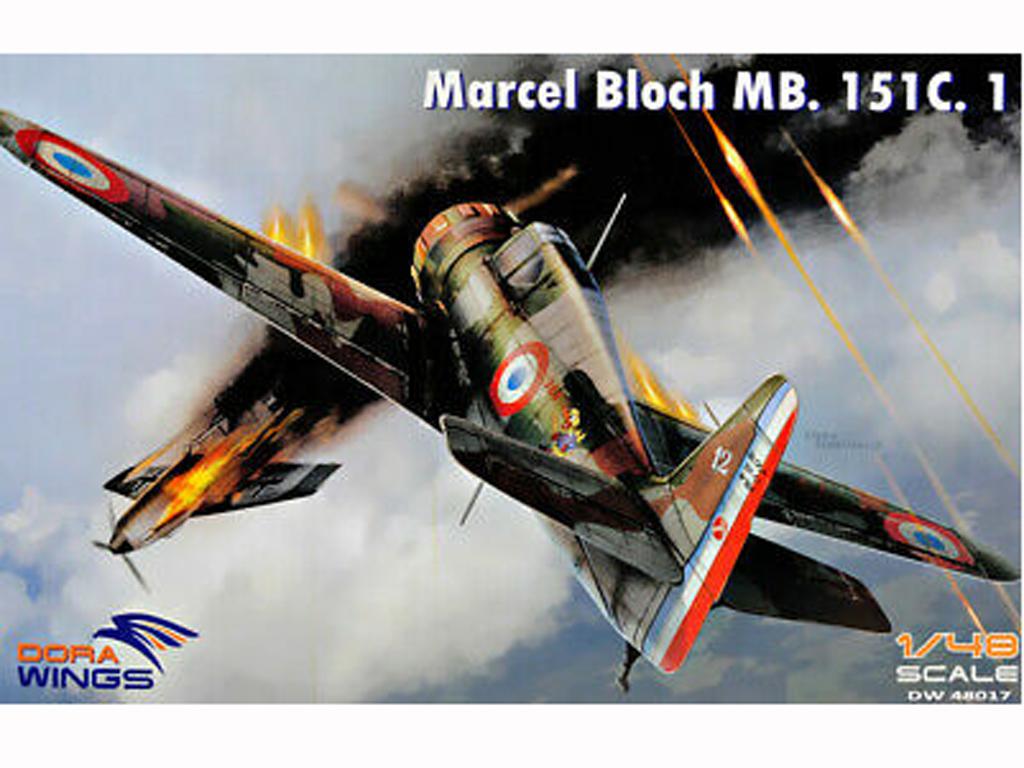 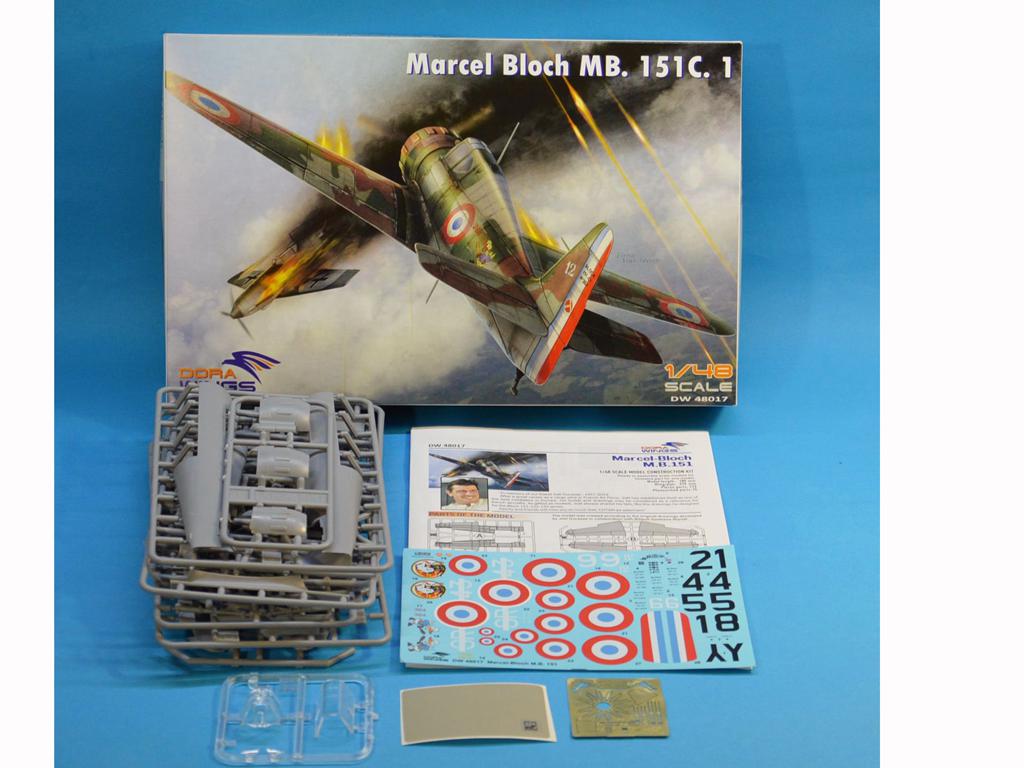 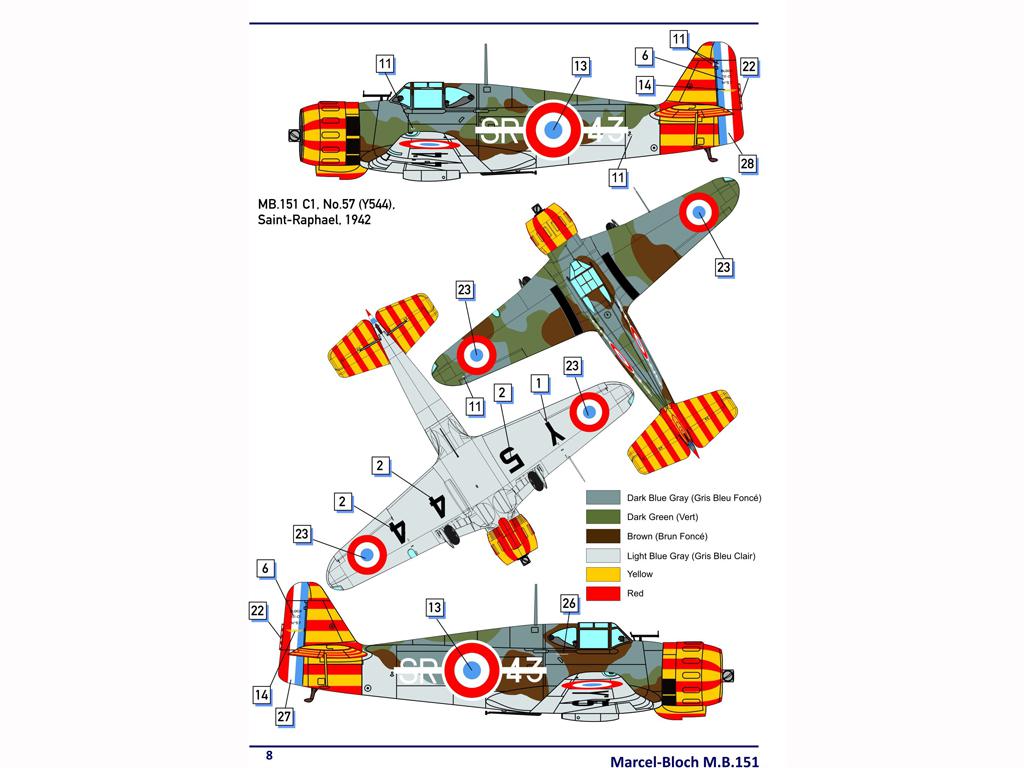 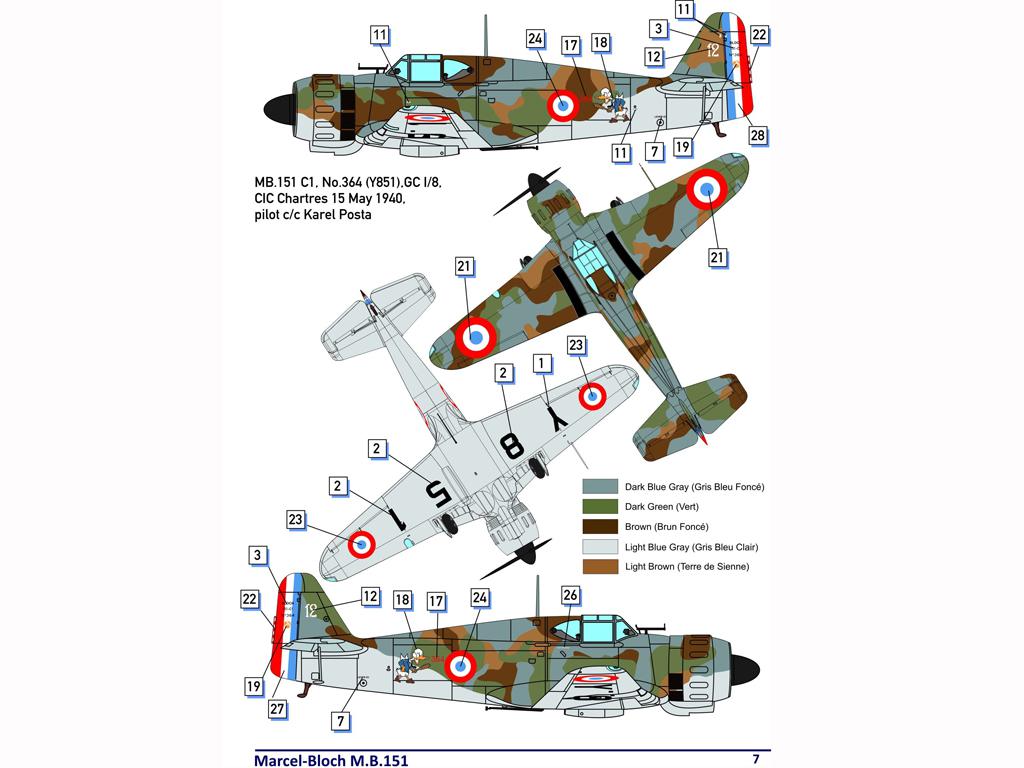 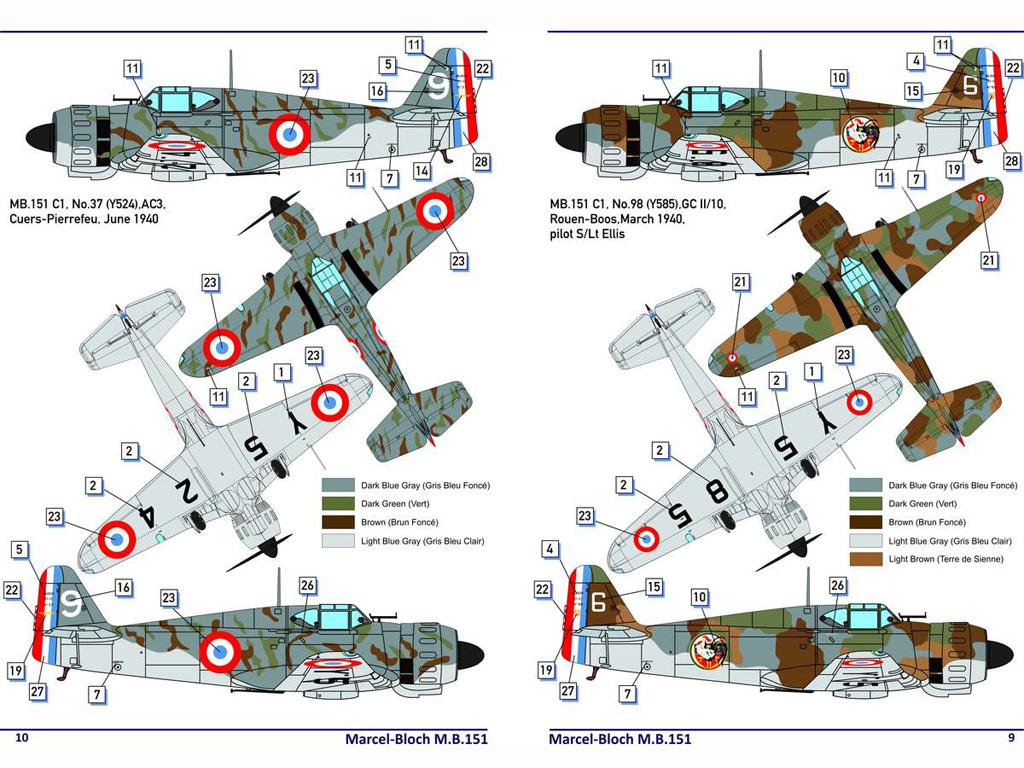 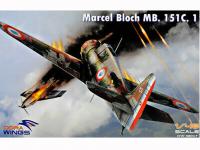 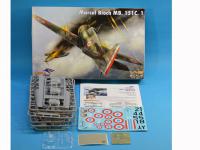 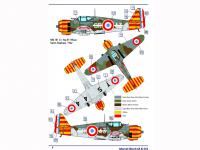 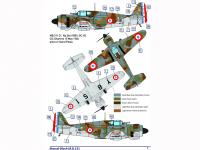 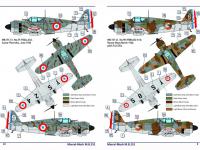 From Dora Wings to 1/48 scale for assembly and painting

The Bloch MB.150 and its derivatives MB.151 to MB.157 are French military aircraft of the Second World War. Developed by the Société anonyme des avions Marcel Bloch, but mass-produced in the 2 factories of Châteauroux and Mérignac by the SNCASO due to the nationalization of the aircraft manufacturing plants in 1936, the MB.152 was the most widely built version of this aircraft. Unmanageable in altitude and with a clearly insufficient autonomy, this fighter was nevertheless the most widespread single-seater in the Air Force fighter units in May 1940. It was also a solid aircraft capable of taking a lot of damage, a very stable firing platform and the only French fighter, in 1939, to be equipped with two 20 mm guns and firing out of the propeller range, which could reach a high speed in a dive. Only the large number of aircraft in service thus explains the large number of aircraft lost in operations.

Qty.
Maquetas - Avion - Dora Wings
Volver al listado
www.ecomodelismo.com use your own and third-party cookies to have the best browsing experience. If you keep browsing we understand that you accept our cookie policy.  Ver