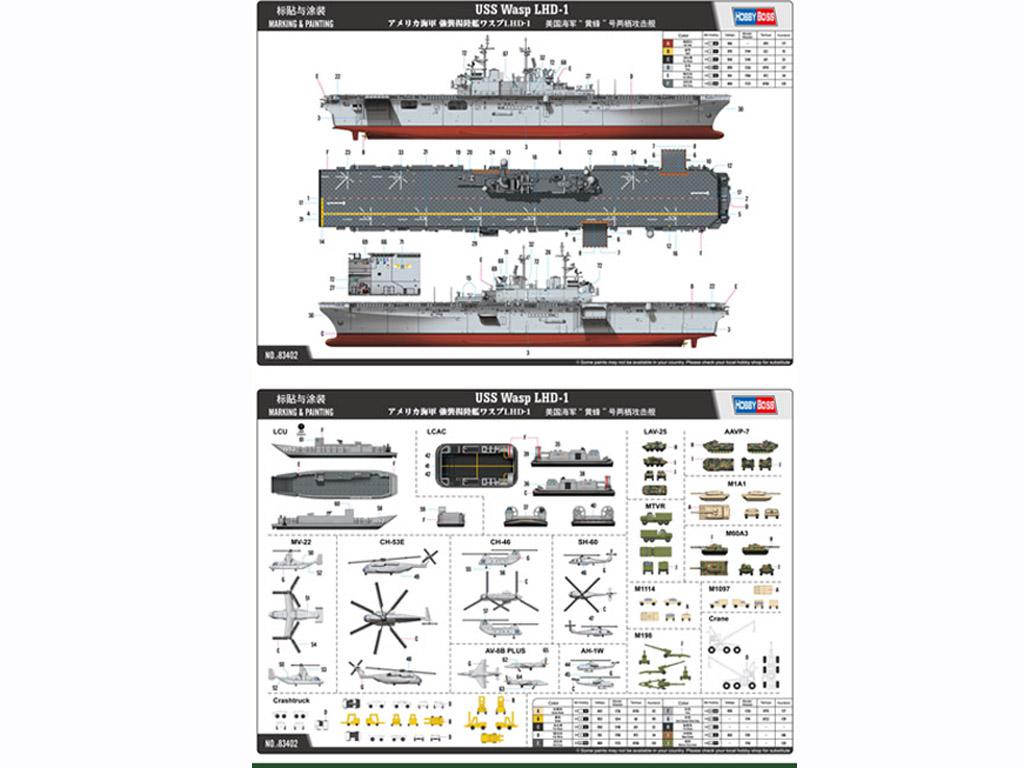 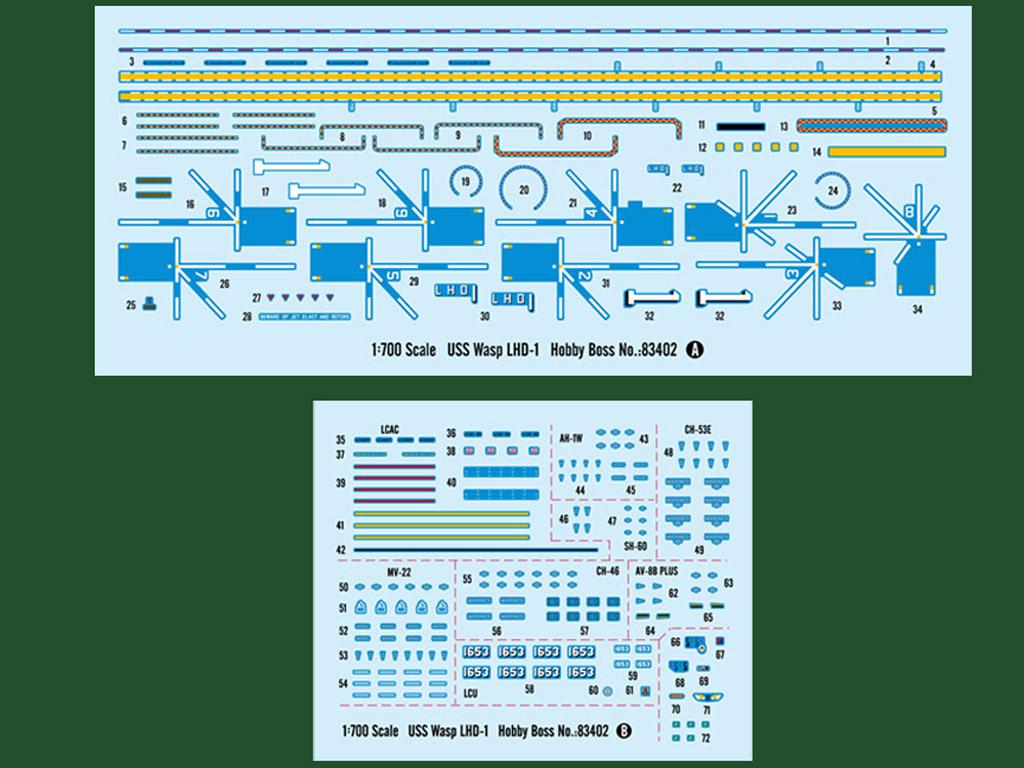 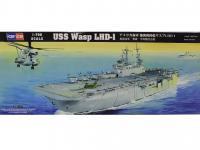 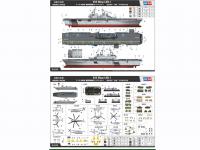 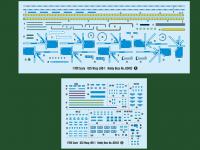 USS Wasp (LHD 1) is a U.S. Navy multipurpose amphibious assault ship, the tenth to bear the name, the flagship of the Second Fleet and the lead ship of her class. She was built by the Ingalls Shipbuilding division of Litton in Pascagoula, Mississippi. The Navy-Marine Corps team's newest amphibious warship has as its primary mission the support of a Marine Landing Force. USS Wasp and her sister ships are the first specifically designed to accommodate new Landing Craft, Air Cushion (LCAC) for fast troop movement over the beach and Harrier II (AV-8B) Vertical/Short Take-Off and Landing (V/STOL) jets which provide close air support for the assault force.

Qty.
Maquetas - Barcos - HobbyBoss
Volver al listado
www.ecomodelismo.com use your own and third-party cookies to have the best browsing experience. If you keep browsing we understand that you accept our cookie policy.  Ver